The Adventure is the flagship model that Yezdi currently have on the menu for India. It's priced at Rs 2,09,900 (ex-showroom) and there's just one variant available but the bike's cost can go up to 2.19 lakh depending on the paint scheme you choose. 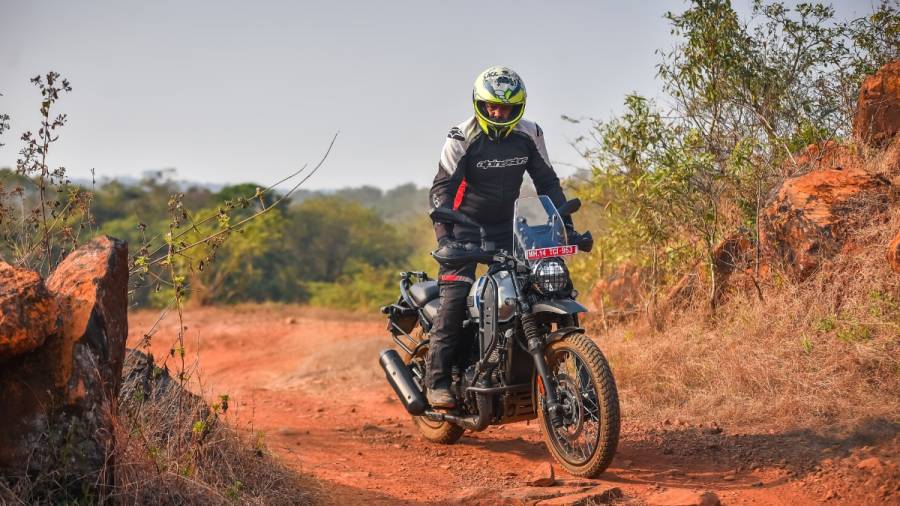 Of course Yezdi Adventure bears an uncanny resemblance to the Royal Enfield Himalayan and you, like us at OD, would have liked for Classic Legends could to have done things very differently with regard to the Adventures overall design and looks. If you were walking up to the silhouette of the Adventure there's very little that would stop you from thinking it was the Himalayan. The wheels setup, the double fenders, round headlight, windscreen, wide handlebar with knuckleguards the shape of the tank and the seat, heck even the luggage racks and the exhaust can look very similar. Quite similar, but different. But anyway, we're not here to judge a fashion contest so let's move on. 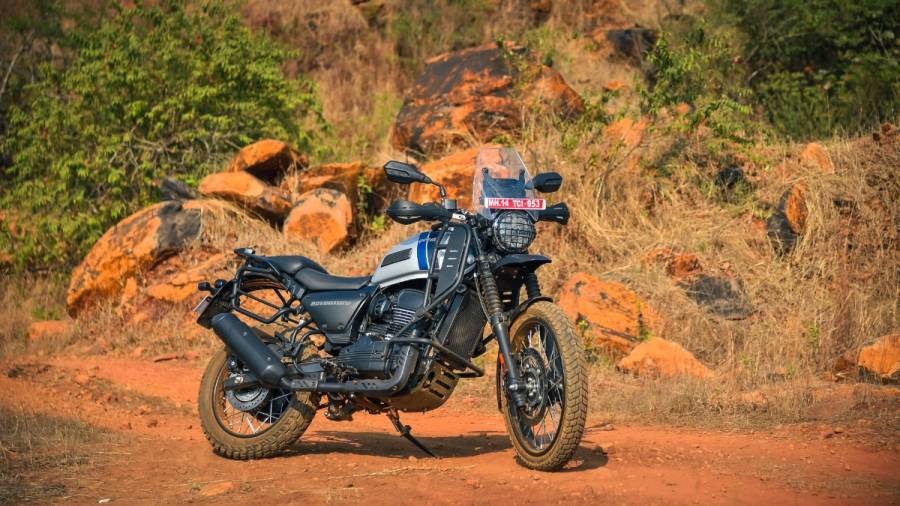 At 188kg, The Adventure is the heaviest of the three Yezdis, its 220mm of ground clearance is the best of the lot too, while it also has the longest wheelbase of the three siblings at 1,465mm, which give it good stability for on-road touring. Its motor, which it shares with the Scrambler and Roadster bikes, is tuned to produce the most power at 30.2PS (max torque is 29Nm). 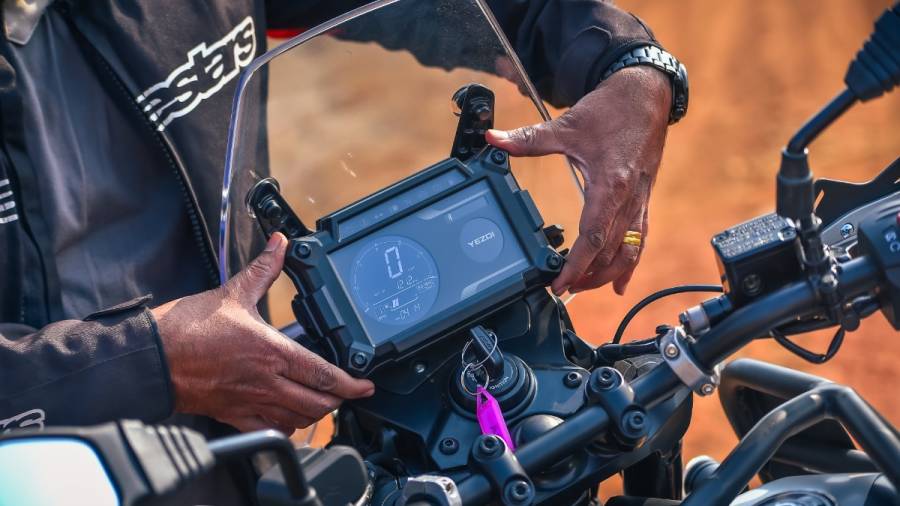 It's the highest specced Yezdi motorcycle and it comes with all the bells and whistles that the company have in store for its bikes. In terms of a suspension setup you get the highly-absorbent long travel telescopic fork up front and a monoshock that's pre-load adjustable. In stock form, the bike will happily digest anything you throw at it (or under it). You even get the 21/19 spoke wheels setup with off-road biased tyres with 220mm ground clearance which all works in favour of you hitting some trails off-road or when you take on some rough roads. You also get the switchable ABS modes which is a boon when riding conditions change. You also get the USB charger sockets and Bluetooth connectivity with turn-by-turn navigation with this bike, but unfortunately I didn't have the chance to test it out this time around. Also, the display can be tilted and locked which is a nice touch just that the fonts are a bit tiny and difficult to read at a quick glance. 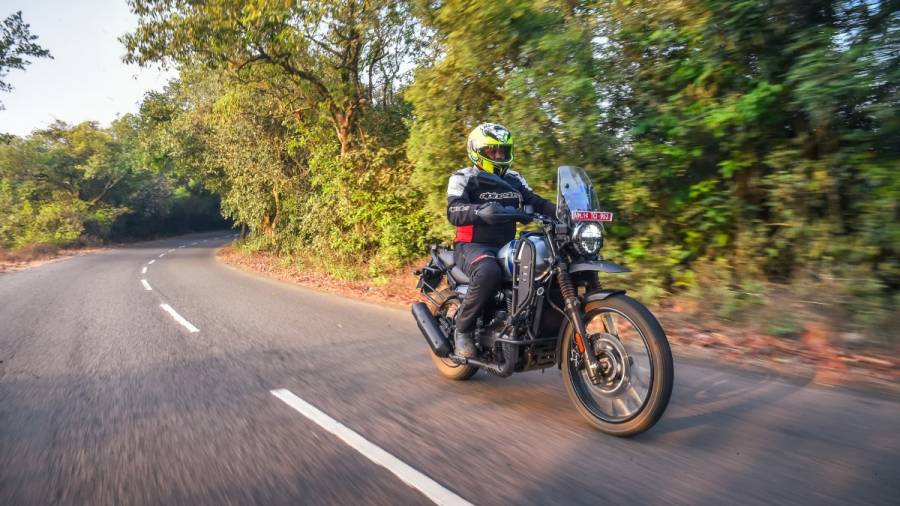 As soon as you get astride the Adventure you get the feeling that its' a very well balanced bike and you are instilled with a good amount of confidence while standing while you fly through some of the rough stuff. It won't take long for you to settle in with this bike and you have enough power on tap in the lower gears to get out of tricky situations  which feels very reassuring. I really liked the tune of the 334cc motor with this Yezdi machine as compared to the other two models. The torque delivery graph we were shown earlier at the presentation indicated that the Adventure put the hammer down in the most relaxed manner initially and peaked out at 30Nm at 6,000rpm. But it seemed to be very much on point with this machine. Acceleration off the line felt more than adequate both on and off the road. And the suspension took on everything I threw at it with aplomb. Whether you're the ruffian sorts who'd prefer to thrash about off-road or the civilised type who's just up for a good long highway run, this bike will manage it all in real style and comfort. The front end was light enough to easily change direction even when on a steep uneven decline off road while the rear didn't feel weighed down at all, and although it's no razor-sharp corner carving machine, it didn't take much effort putting this one through the bends on-road either. The motor doesn't wind up as quickly as it does with its other siblings, but even still, the Adventure doesn't feel lethargic at all. Shifts through the six-speeder are smooth and snappy  and it won't be long before you're comfortably settled in at a cruising speed of around 90-95kmph with the motor optimally on the boil to carry out an overtake if called for. 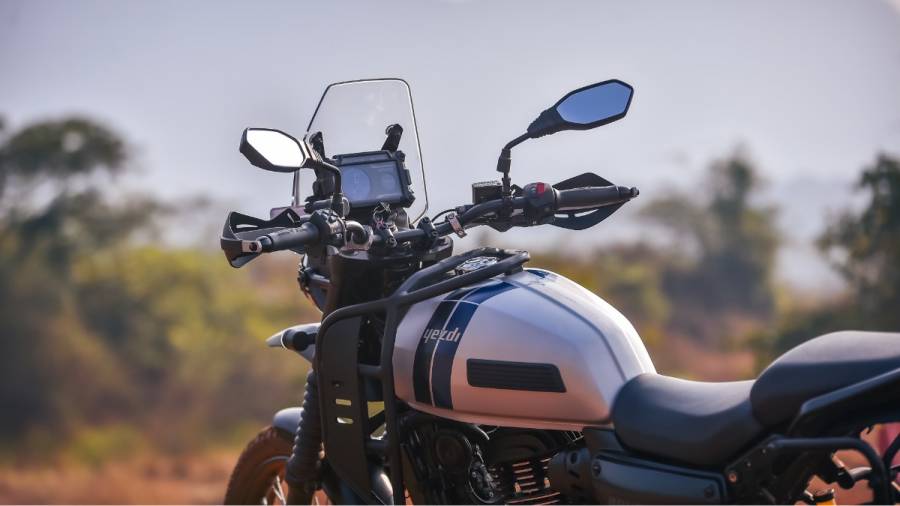 Overall, as far as first impressions go, the Yezdi Adventure feels like a sturdy, well put together machine that does have a decent built-to-last feel. 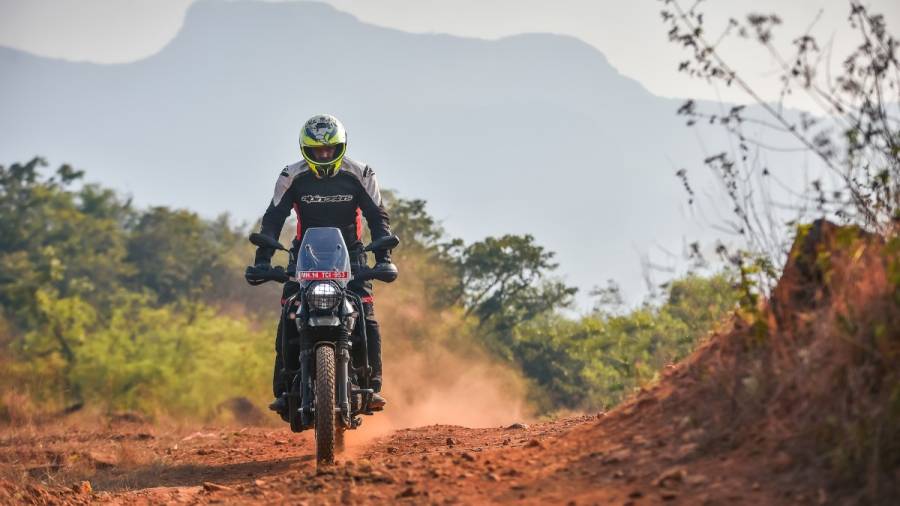 The Adventure comes across as the more relaxed go anywhere motorcycle on which you will happily manage long stints in the saddle. It's apt pricing mean it's definitely going to ruffle a few feathers.