Middleweight motorcycles are getting a lot of attention in India lately. While the Royal Enfield twins offer a modern classic at the lower end of the spectrum, the Japanese and the Italians have cutting edge track tools to offer at the upper end. And somewhere in the middle we see street nakeds, scramblers and adventure motorcycles for those wanting a more practical deal without burning a hole in their wallet. 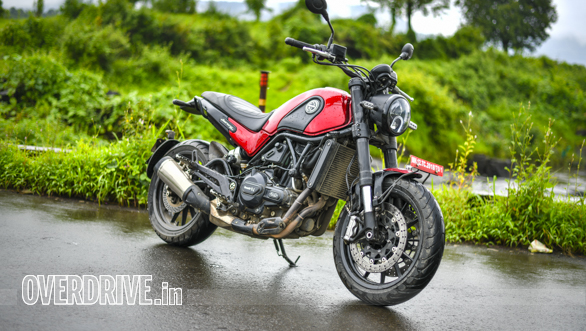 One of the most recent additions to the space is the new Benelli Leoncino 500. And Benelli classifies the Leoncino 500 as scrambler motorcycle, though in my opinion it could easily pass as a naked streetbike. To my luck, our shoot location was far from the urban environment and the road leading to the place had taken a serious beating from the inclement weather. In fact some sections were no less than a trail and the setting seemed just about right for a scrambler. 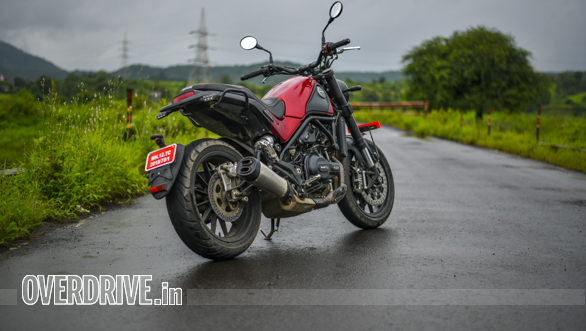 Style and Build
Walking towards it, the Leoncino 500 vaguely reminded me of the Honda's new CB range of motorcycles. It's mainly down to the choice of colour and the motorcycle's proportions. However that's just me trying to connect a few dots in my head. The scrambler body type isn't as prominent as other scramblers in the market. The LED headlamp uses the classic round shape but the design of the headlight is a little quirky. Illumination could be better too. The fuel tank is slim and the filler cap protrudes above the tank, making for a distinctive appearance. 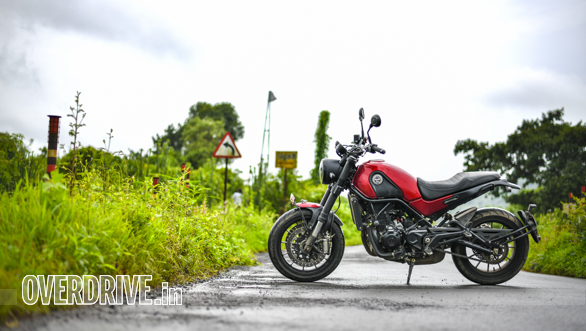 The number plate holder on our test motorcycle went across the mudguard (a usual trait seen on Benellis sold in India) that hid the lion logo. However, the manufacturer has repositioned the number plate at the conventional spot flaunting the 3D lion now making the distinct highlight of the motorcycle visible. 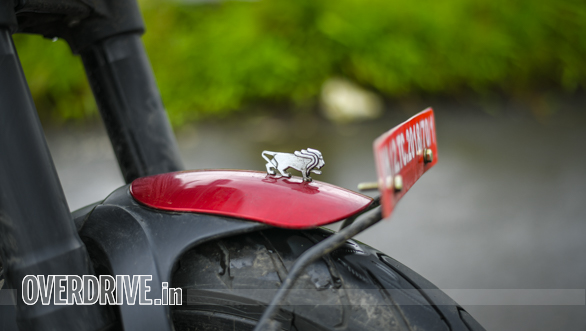 The instrument cluster is a fully digital unit but uses a design that's plain Jane at best. And if you're one of those riders who goes by the meter, the tachometer does not have a shift indicator and the only way you'd know to upshift is when the rev-limiter kicks in. 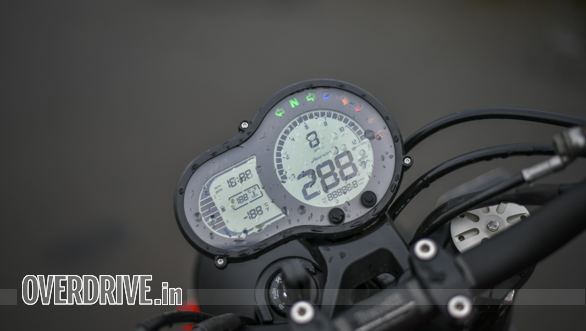 To its credit, the Leoncino's build quality is better than older Benellis, though I cannot say the same about its fit and finish. Panel gaps are inconsistent and our test motorcycle in particular had an issue with the instrument cluster display which was displaying some of the information erroneously. The wiring could have been concealed better, as the wiring leading to the circuit runs across the handlebar, exposing it to possible damage. What's more, the ABS switch is bolted on the mirror yoke and looks like an afterthought and could have been integrated into the switchgear itself. 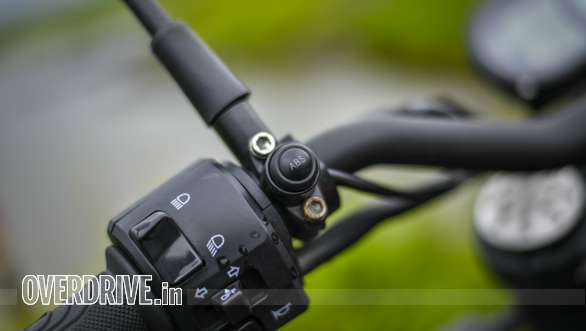 Ergonomics
The handlebar-seat-footpeg combination on the Leoncino makes for a comfortable posture and also offers room for a bit of a crouch if required. The handlebar is wide and makes for upright seating that offers a commanding position over the motorcycle, while also offering lots of leverage. Footpegs are mid-set and offer a mild knees-up position. The clutch disengages early but is heavy, so pulling the lever in calls for a bit of effort. The switchgear is not exactly within reach though and you need to get used to moving your thumb to find the right ones, given their tiny dimensions. 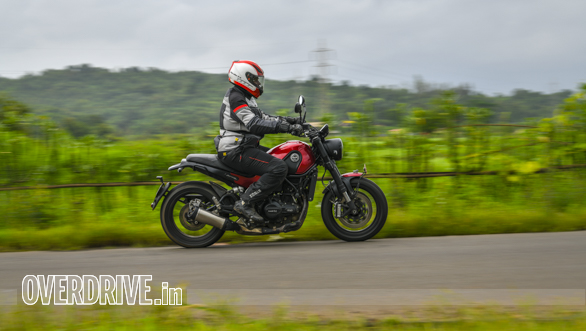 Engine performance
Performance is impressive, as despite its heft (186 kg kerb), the Leoncino 500 clocked a 0-100kmph timing of 6.8 seconds. The 500cc parallel-twin engine delivers 47.5PS (at 8,500rpm) and 46Nm (at 6,000rpm), though the power delivery is not very linear. Throttle response is hairy and the on-off transition is also snatchy, but that is not a serious issue, especially at lower speeds courtesy the peak power delivery. I also like the fact that the engine is quick-revving, as it makes for a sporty feel, especially when riding enthusiastically. A distinct highlight to me though has to be the Leoncino 500's exhaust note. Despite being it a twin-cylinder engine, Benelli has tried to make the motor sound like an inline-four cylinder motor and the bike sounds nice, especially at full clip. 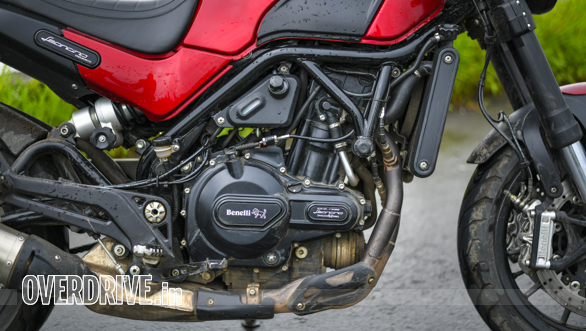 The peaky performance means the Leoncino is impressive when it to top end grunt and the bike can get to the 160kmph mark with ease. Cruising at 110-120kmph is thus never a problem, which coupled with the engine refinement mean the bike is an able highway machine. The gearbox is also smooth, slick to operate and boasts well-spaced ratios. However, the gear lever is positioned further away from the footrest which could be tiring over long rides. Also, neutral is so pronounced that it makes you feel you have selected another gear! 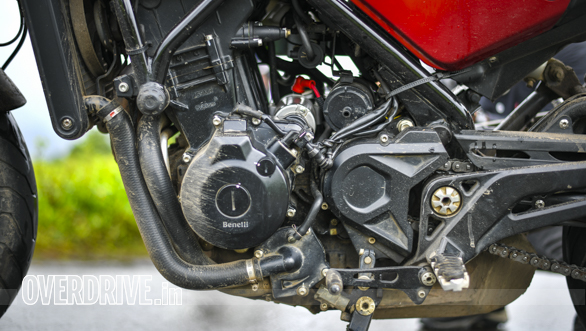 First and second gear are tall, which translates to less gear changes in bumper to bumper traffic. Apart from adding to convenience in city, this nature also allowed the Leoncino 500 returned a decent 23.79kmpl in the city. The number rose to 30kmpl on the highway, which again is fairly decent for a 500cc, twin-cylinder engine equipped motorcycle. 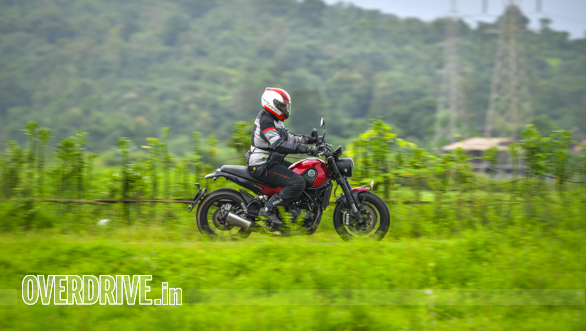 Ride and handling
Benelli has equipped the Leoncino 500 with adjustable suspension at both ends, which worked well when it came to adjusting the setup for varying conditions. In typical Benelli fashion the Leoncino 500 is over-specced though, as it uses 50mm upside down forks at the front! The rear end is suspended on a monoshock, which also gets a remote adjustment knob for preload. That said, the front suspension felt softer than the rear, diving more than I would have preferred, while the rear felt stiff in comparison. While this isn't a bother on smooth roads, it can be a bit of a distraction on broken roads, especially since some of the shocks are transferred to the rider's back. 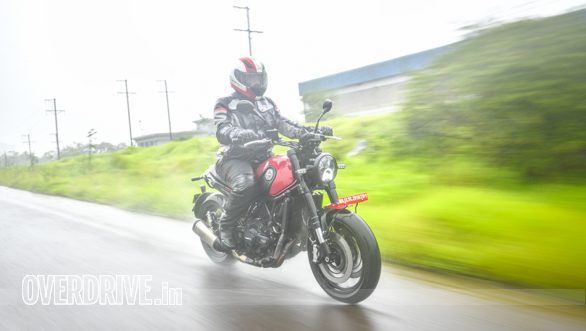 The chassis is extremely forgiving though and even if you enter a corner too hot, the bike ensures there's no need to press the panic button. This also lets you focus on other aspects of riding, which is a good thing always. It also has a confident, sporty feel through corners and makes light of going through a series of bends, as I discovered on our way to the shoot location. And except for the stiffness at the rear, the Leoncino feels comfortable even on bad roads and does not lose composure either, thus helping you avoid having to slow down to a crawl. What's more, a full day of thrashing on country roads later the bike did not have any rattles either, which is impressive in my books. 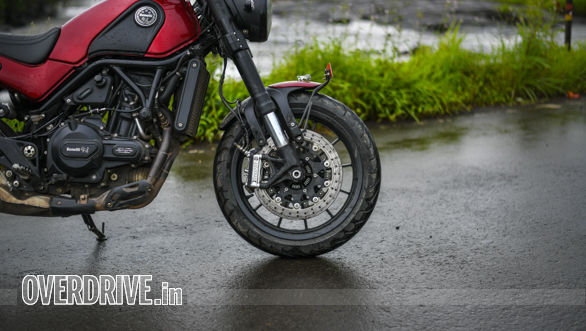 The bike is also over-specced when it comes to the brakes, as it employs twin 320mm discs upfront. These offer an impressive bite and braking is predictable, though ABS is a little too intrusive at the rear. That's not a bad thing, just look at it as a reminder for cleaner inputs. 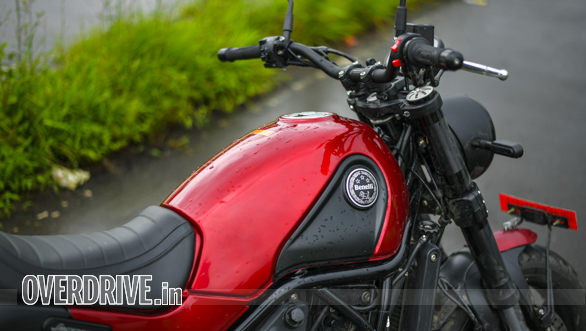 The Leoncino also feels confident around corners, which is a combined effect of the chassis, the over-specced suspension as also the impressive Pirelli Angel ST tyres (120-section front and 160-section rear). Grip from the tyres is particularly impressive and felt very confident carrying speeds through corners even in some serious rains. 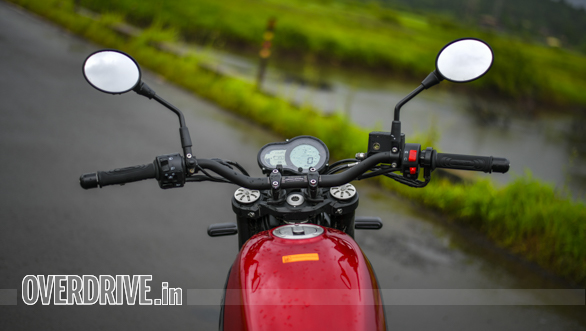 Verdict
The Leoncino 500 is a complete package for someone looking for an everyday commuter and an occasional highway or weekend getaway tool. It shares the same platform with the TRK 502 range and the Leoncino 500 Trail (not on sale in India), but unlike these machines, the cycle parts on the Leoncino like the upside down forks and alloy wheels restrain you from riding it hard on rough surfaces. To its credit, the Leoncino 500 impresses a lot more than what Benellis have in the past and this certainly points towards the hard work put in by the manufacturer. However, an asking price of Rs 5.87 lakh on road Mumbai is certainly over the top for what it brings to the table. 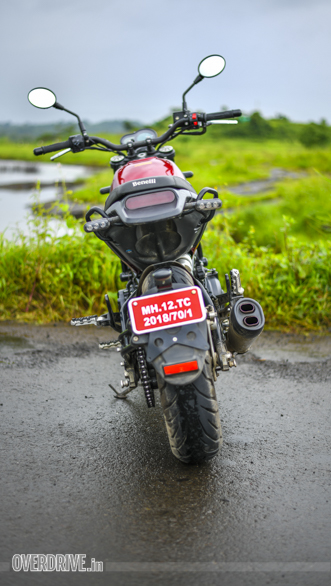 This becomes all the more evident when you bring the Royal Enfield Interceptor 650 into perspective which retails at half the price. Not to forget the fact that Benelli has some baggage in India when it comes the after sales experience, courtesy its previous partner in the country. In our opinion, Benelli needs to look at serious localisation and price the bike better if it is keen on the Leoncino doing well in the middleweight segment, which is witnessing some serious competition currently. 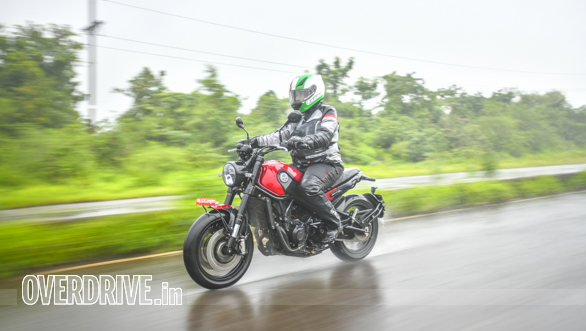