What is Forza Motorsport/Horizon?
For those who don't know, the 'Forza' franchise is Microsoft's signature racing simulator that goes up against PlayStation's popular Gran Turismo instalments. It not only features many popular race tracks around the world that are recreated to mimic the atmosphere, setting and every bump from the actual, but it also allows gamers and auto enthusiasts to get behind the virtual wheel of hundreds of beautifully remodelled cars - popular and exotic alike - which most of us will probably never even see or hear in real life, let alone, drive one. While Forza Motorsport, as the game is officially called, is the more hardcore simulator that tries to recreate the physics and dynamics of real cars in the virtual space, Forza Horizon is an arcade-ish spin-off that takes all the cars and their physics from the Forza universe and puts it an open-world map with more forgiving dynamics. 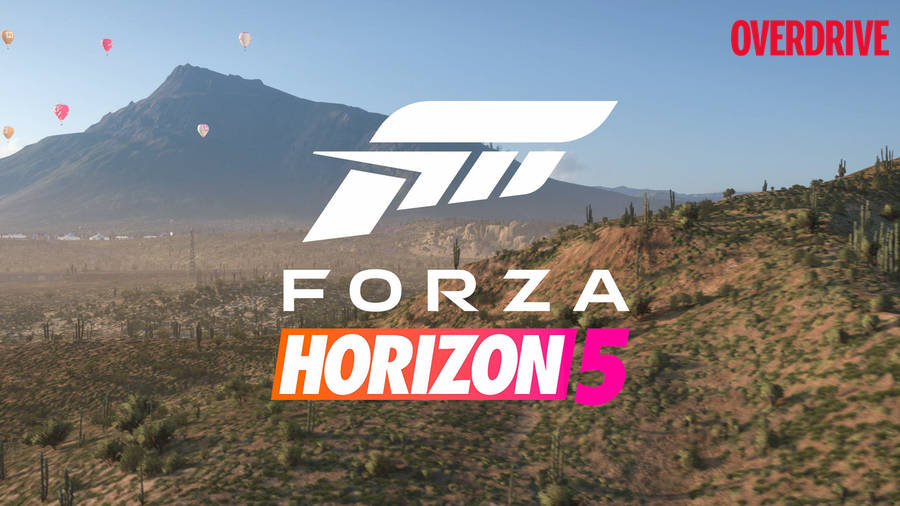 So think of it as the Need for Speed titles of yore, but modelled in more beautiful settings with basic driving dynamics that feel more realistic. The game revolves around a virtual auto and music festival called the Horizon - think of it as a mix of JK Festival of Speed and Sunburn - but with a lot more horsepower, four-wheels (though you'll race against bikes and aeroplanes too), open fields and fast roads. The Forza Horizon franchise delivered four instalments until 2018 and almost felt like it was a yearly affair delivered around the festive season. But the franchise then went on a three-year break, understandably, for timing the release of the fifth instalment in line with its new generation consoles - the Xbox Series X/S.

The game
With just a week to go for its release (Nov 9, 2021), we got our hands on the Forza Horizon 5 digital download, which weighs around 110Gb on the Xbox Series X. Coincidently, we got the console around the same time too, so this literally is the first video game we are trying out on the most powerful Xbox yet. 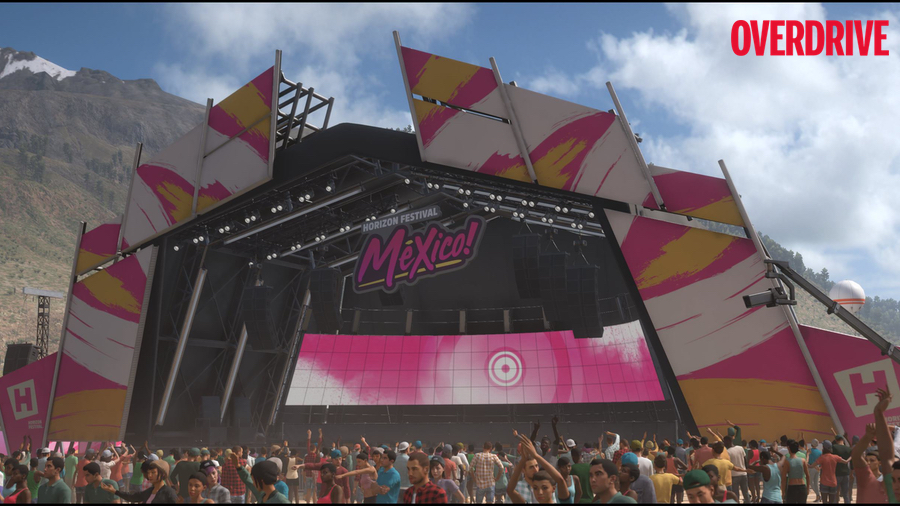 After recreating open-world maps in stunning detail across landscapes from Britain, Australia, southern Europe, and Colorado in the previous instalments, the fifth Horizon festival finds itself in Mexico and its mix of arid and tropical climate. 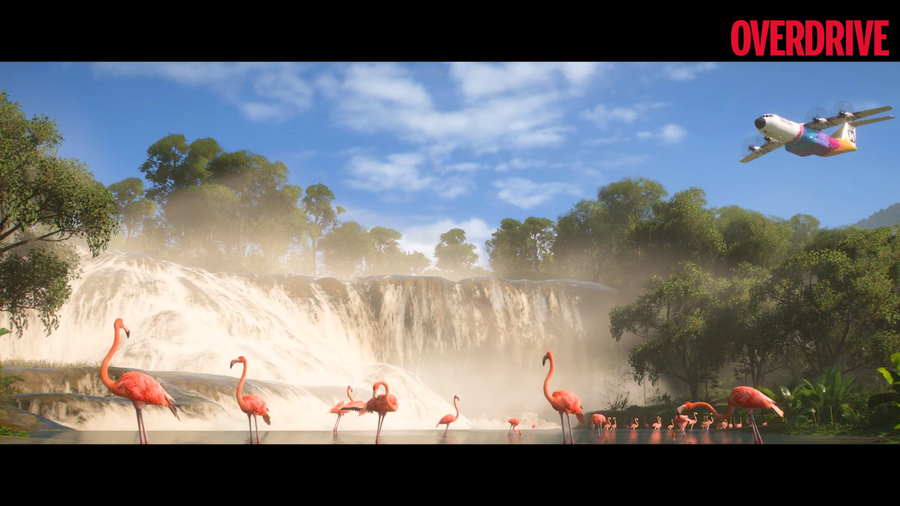 The game starts off with a Ford Bronco Badlands being air-dropped next to an active volcano and handing over the controls to the player within moments of booting the game for the first time. The controls are all familiar if you have raced on the Xbox before, and as always, the larger size of the controller vis-à-vis its rivals makes it easy even for newbies to quickly adapt. 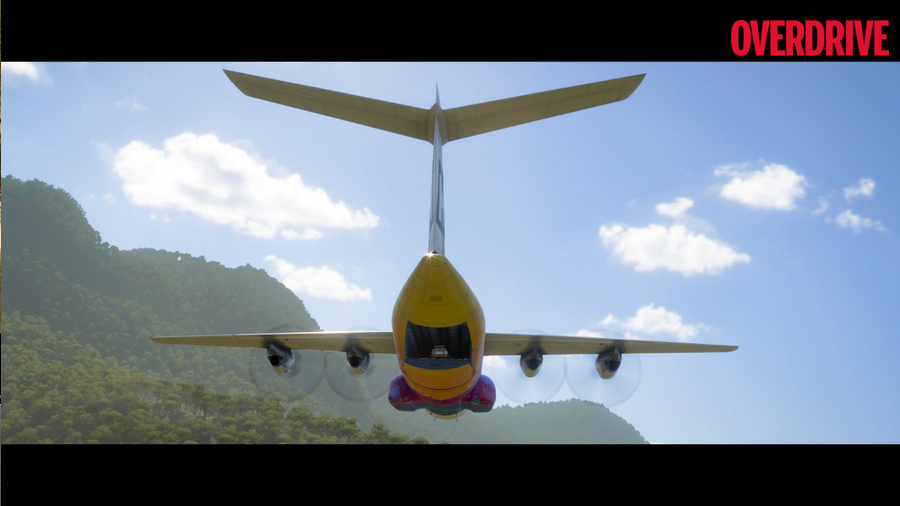 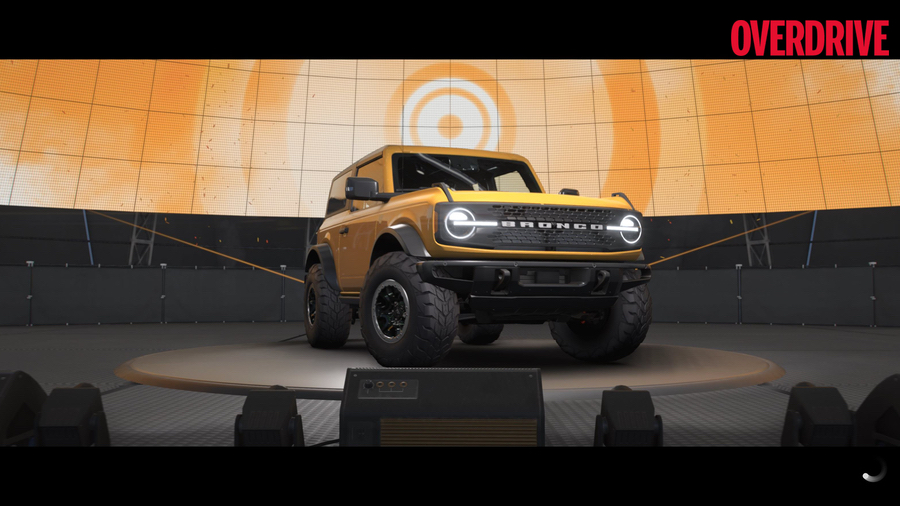 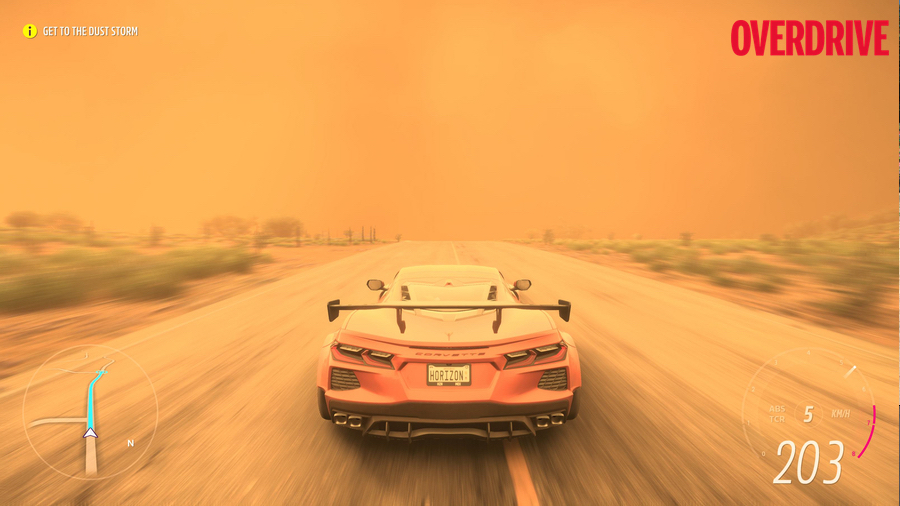 Just as you come to grips with the Bronco and its slow-revving, torquey engine, the game switches over to a wide-body Corvette C8 that the player would drive into the eye of a dust storm. 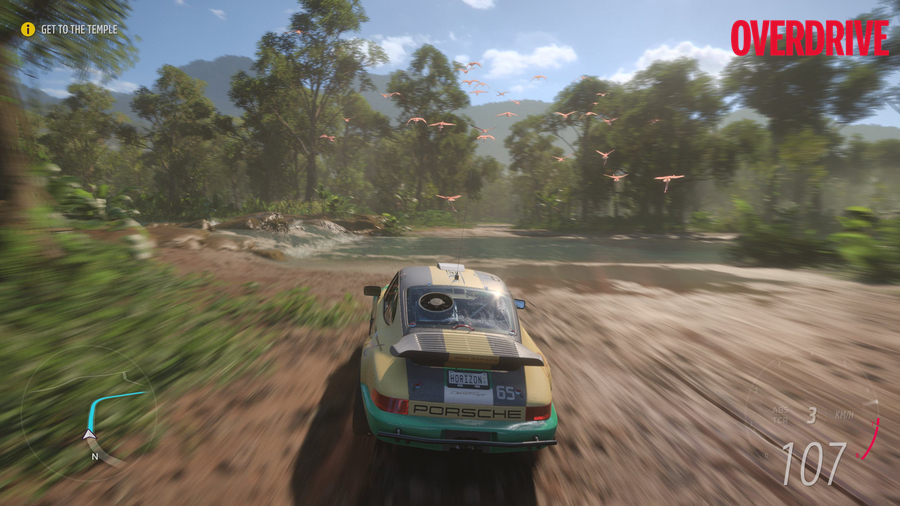 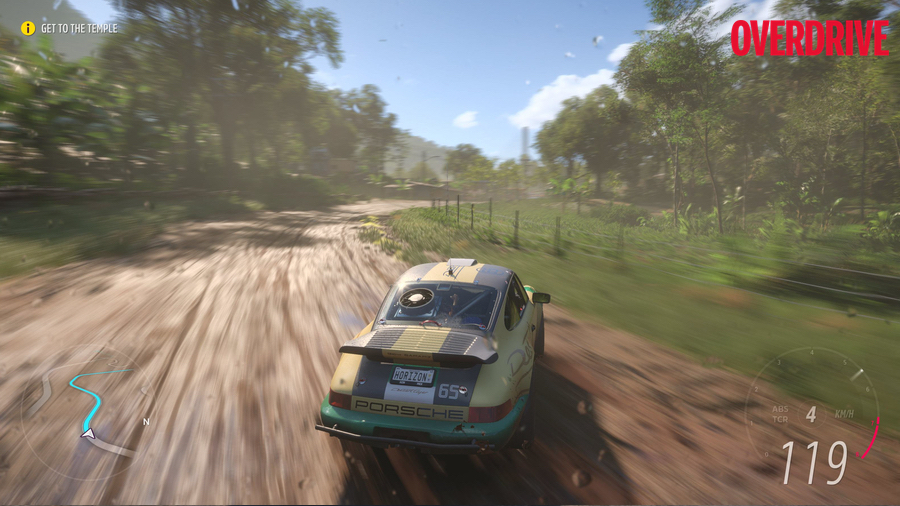 Soon the scene changes to a Safari 911 air-dropped in the tropical jungles as you splash water, scare some flamingos and drift across dirt paths to meet the poster child of FH5 - the mighty AMG One! This is the car you arrive at the festival in, clocking speeds of over 330kmph. 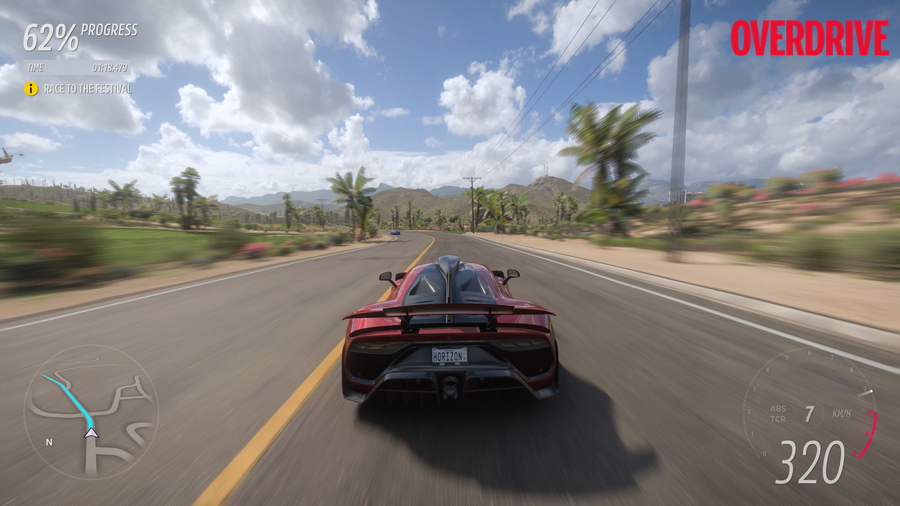 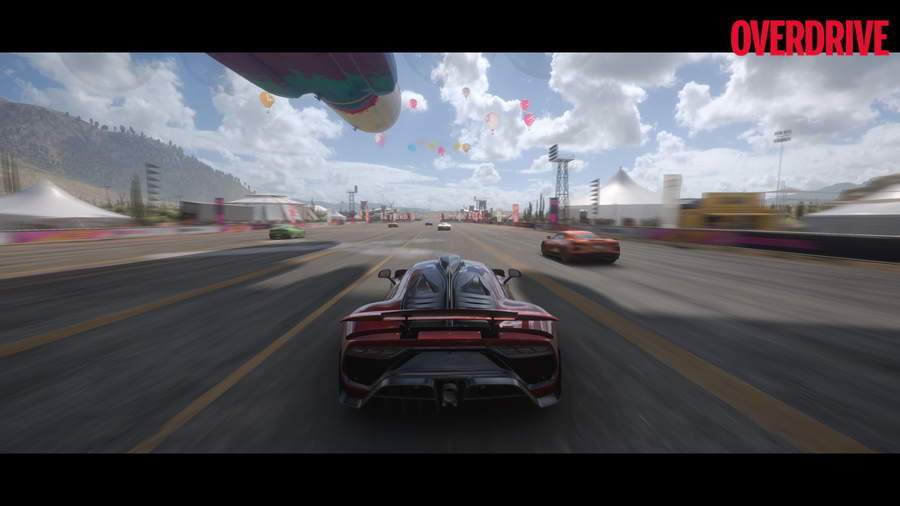 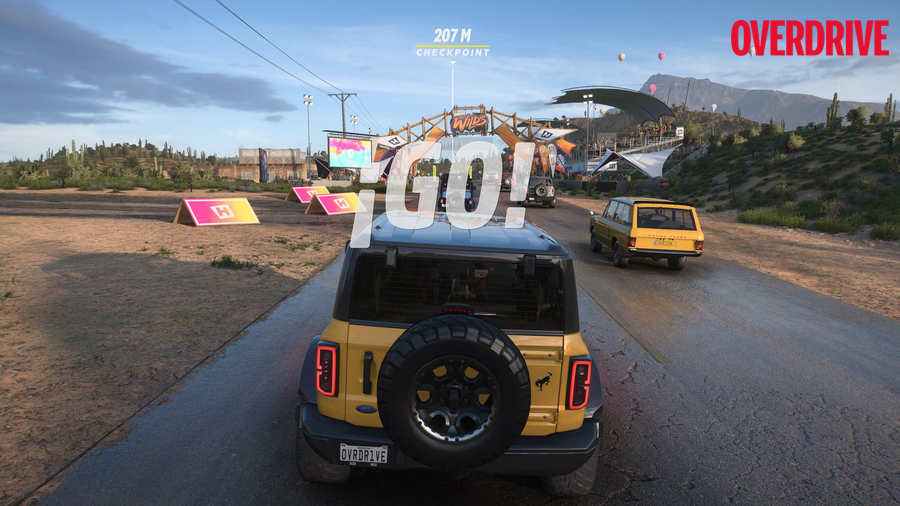 All these cars behave differently as expected and give the player an early foretaste of how the different body styles or genres need different approaches to win a race or event. It only gets tighter and more engaging from there on as you start unlocking more cars - all of which are displayed in the menu in a very tempting manner. The colours and layout will make you feel like a child in a toy store choosing from hundreds of Tamiya boxes. The car unlocks happen quickly and keeps the excitement alive even for the casual gamer. 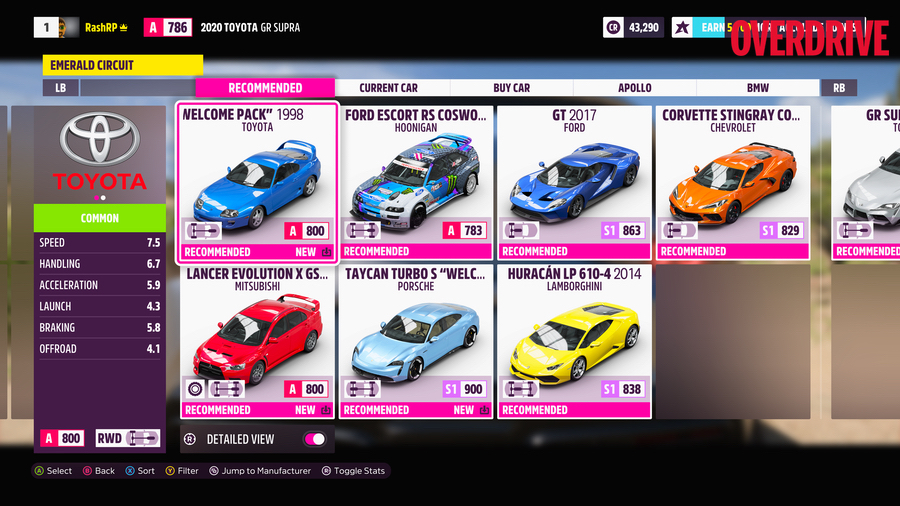 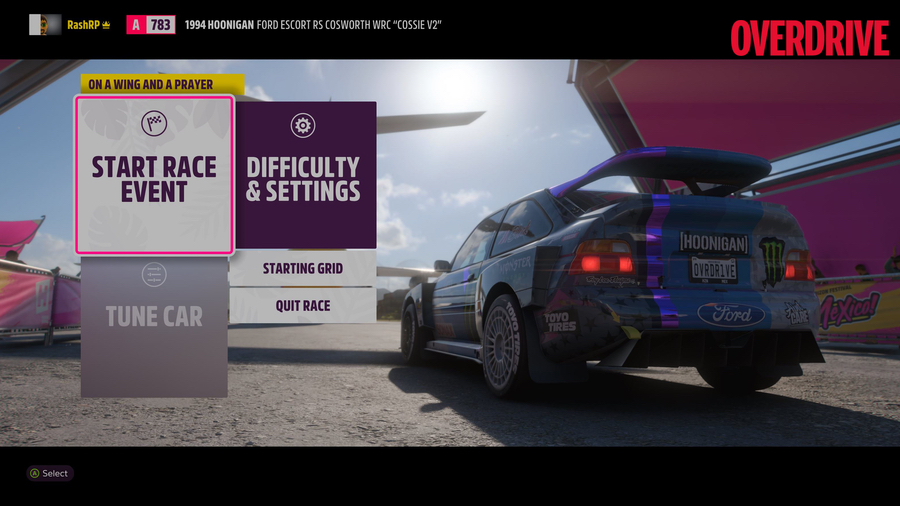 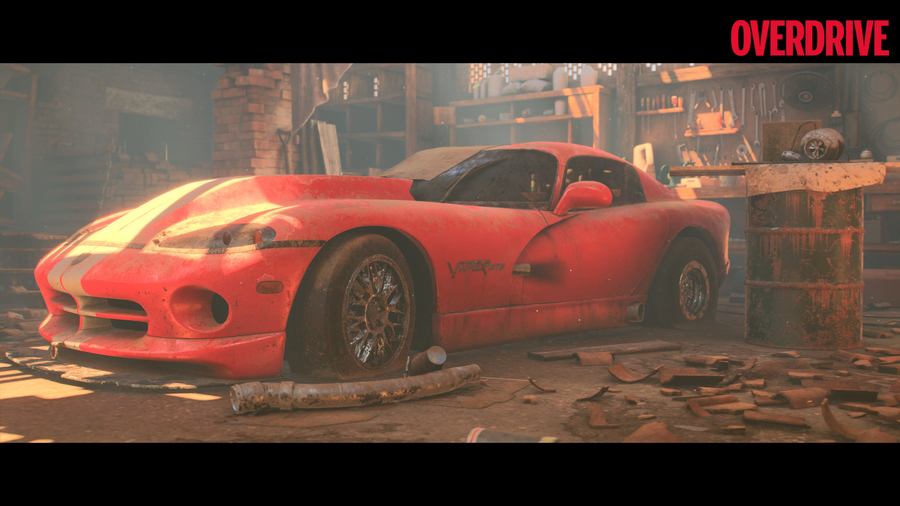 Exploration in the open world is still very nicely integrated within the game and everything from simple XP boards to tasty barn finds is worth hunting for with a plethora of cars at your disposal. Forza Horizon 5 debuts with around 440 cars to choose from, with more car packs expected to keep arriving.

Toyota and Lexus are back on the roster too and right after the opening cameo that shows the game's scope, you get a chance to begin the FH5 career mode with a J29 Supra! 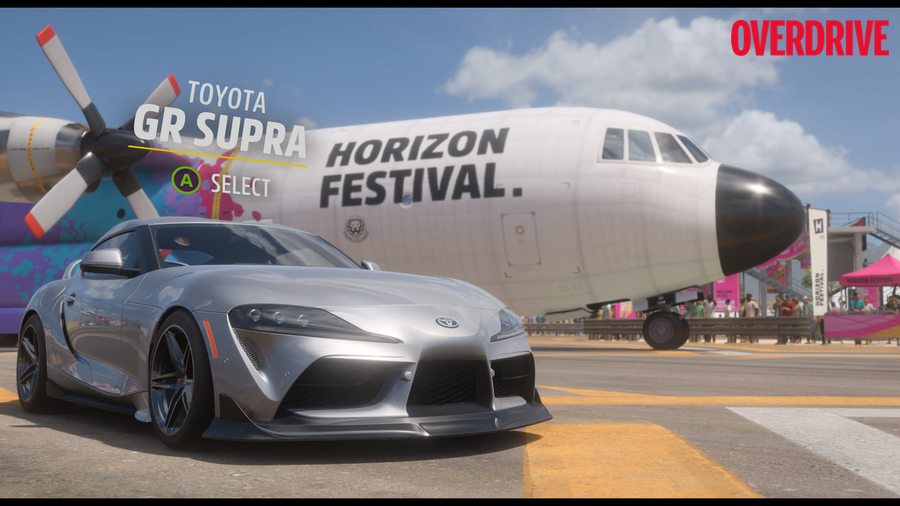 There is plenty of customisability available in FH5. Early on in the game, you can choose from a big roster of characters, customise their hair, prosthetics, nickname and even voice - no more mute characters - though I wish they didn't stereotype motor-heads to be all fit and racer-bods. You can further customise the character's clothing to add more uniqueness - including a pair of Air Jordan lookalikes that cost more credits than a Cayman! 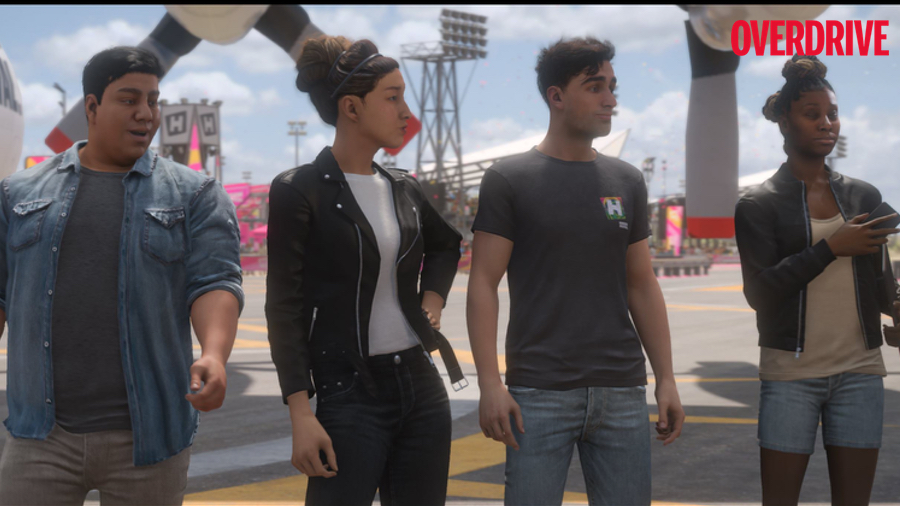 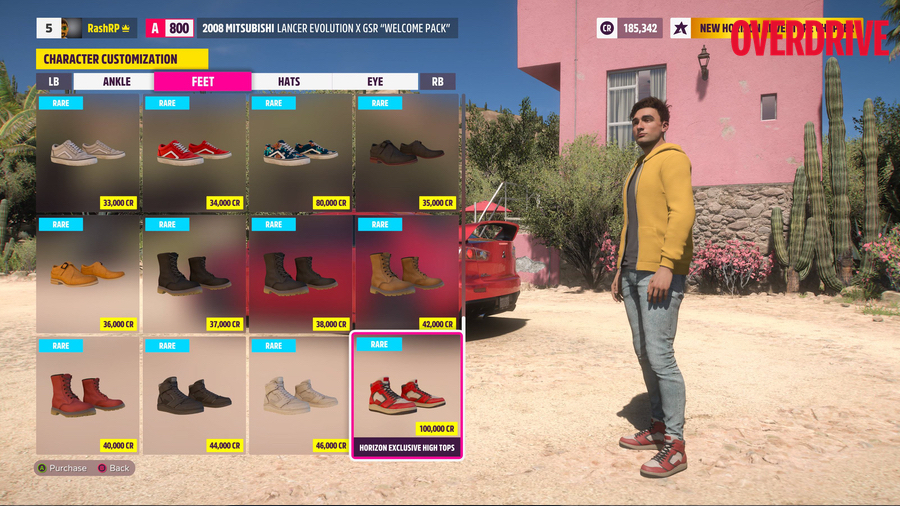 The car customisation extends from paints and appearances to even engine swaps for certain models. You can also individually customise readout formats for power, torque, speed etc. if you don't, for example, want everything to display in a metric format. Now you know where we got the OVRDR1VE license plates from. Though the default physics aren't as hardcore as Forza Motorsport, you can customise different aspects of the game's difficulty to go from very forgiving to extremely challenging. Car nerds will also appreciate the ability to tune the vehicles and share the tuning setups with the community. 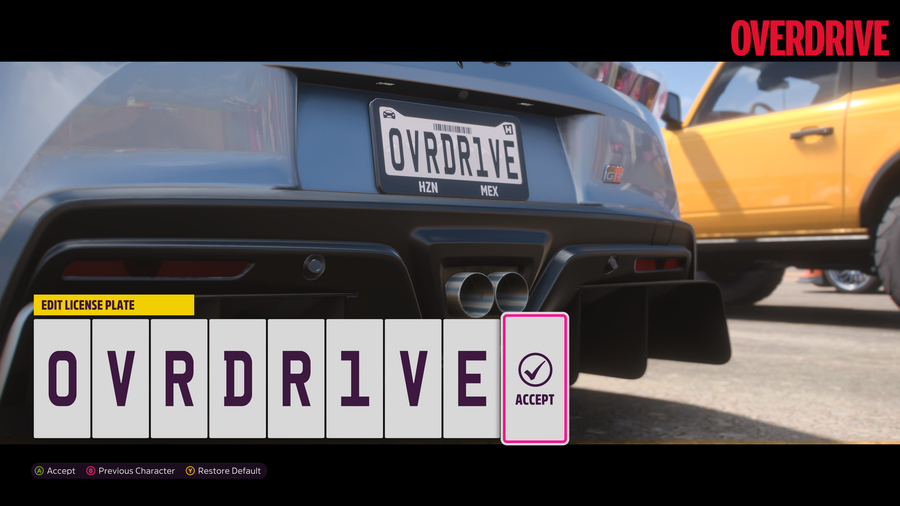 The Forza Horizon series is known for its beautiful landscapes that look great even as you are ploughing through the fields or tearing down the vegetation and the road elements. It looks even better now with the faster frame rates and stunning 4K detail of FH5. From the particle effects of the smoky volcano and the dust storm to the vivid colours of the vegetation and festival settings, FH5 shows off its shiny new pixels in style. You can literally pause the game and appreciate the level of detail on the landscape. You will also appreciate how it all quickly turns into a blur, though naturally, to create the sense of speed. I also love the weather effects in FH5. It only snows in some high-altitude parts of Mexico, and that reflects in FH5's weather system too. During one of the tasks that involved driving into a rainstorm, I was pretty amazed at how it not only recreates the effects of a cloudburst but also the anxiety of driving through it, thanks to the environmental sound effects. The Bronco rally truck made fodder of it all though. 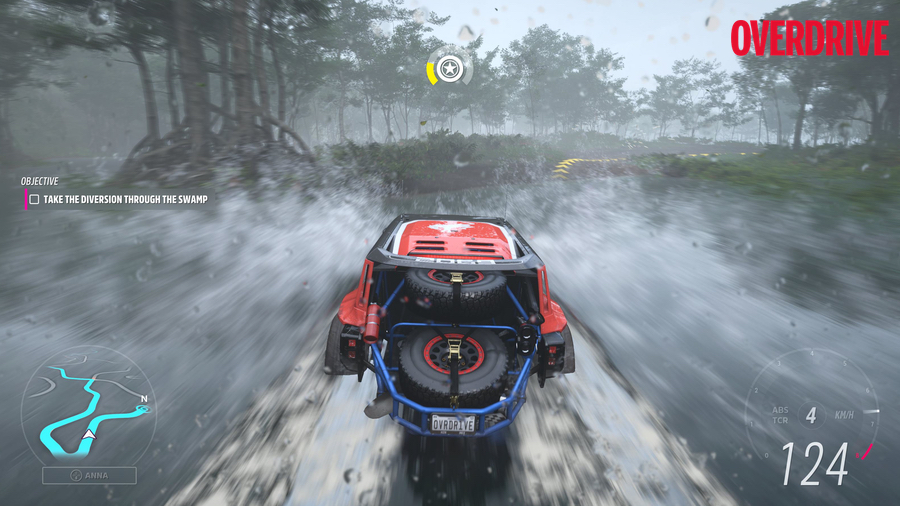 FH5 supports the visual and performance modes of the Xbox Series X, meaning you could play with all the beautiful scenery, but restrict performance to 30FPS, or go high frame rate with 60FPS at the cost of visual detail. The 30FPS mode works well and only when you hit the screenshot switch on the controller does the game stutter for a couple of seconds. The Xbox Series X's ray-tracing prowess is only available in the ForzaVista mode. The mode, on its own, creates some stunning visuals and our in-house lensman, Anis Shaikh, created some beautiful images using FH4 last year when the lockdown hit us. With ray-tracing, that kind of imagery looks even more stunning and our photography team would have a field day with it! To complement that, I think we should review the virtual Bronco now that its chances for India look meek. 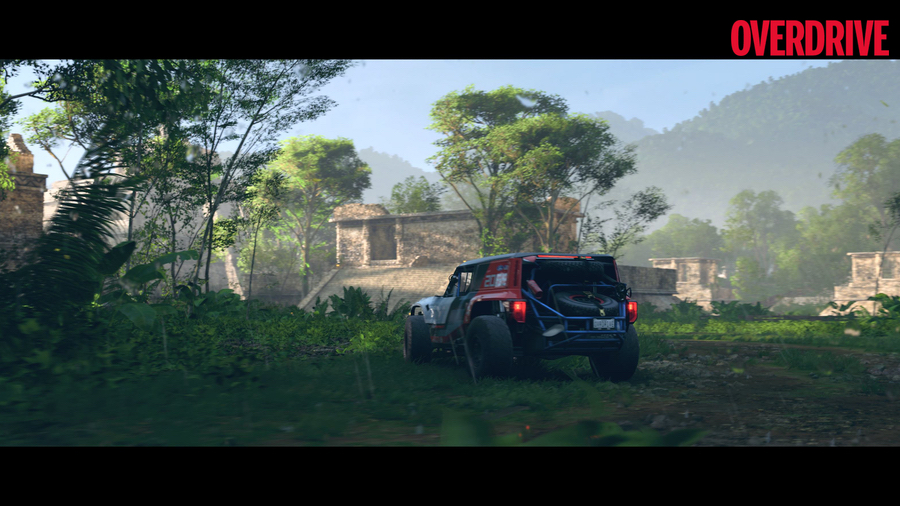 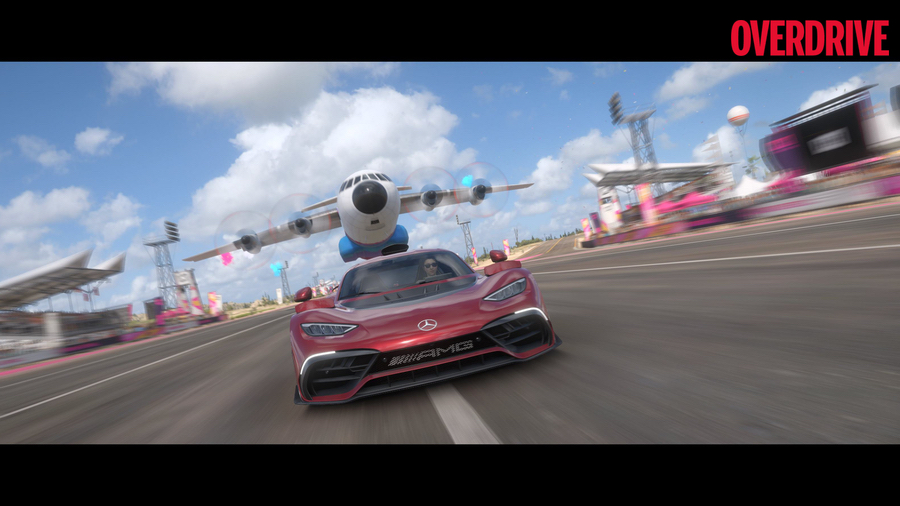 Verdict
From a delightful roster of new and old cars to the desirable landscape of Mexico, FH5 recreates it all in stunning detail that is bound to excite gamers and motorheads alike. What's more, the FH5 Standard Edition is available as a free download with the Xbox Game Pass. Add to it the stunning online multiplayer experience and amazing Driveatar AI, and you have a racing sim that will have you on your toes for every kilometre that you progress within the game. The fifth instalment of Forza Horizon then, was quite simply, worth the wait.

Retail pricing for Forza Horizon 5 is as follows: