Yamaha is on a grab-market-share mission in India and scooters seem to be its weapon of choice. The Ray was launched back in 2012 and it was aimed squarely at the fairer sex. This was followed by the Ray-Z for boys, the unisex Alpha and the Fascino for the fashion conscious. Yamaha has now got the Ray-ZR for the Bad-shahs who have the 'swag'. Makes you wish Yamaha had a promo video half as nice as the Ray-based scooters tend to be. The Ray-ZR is the fifth iteration. 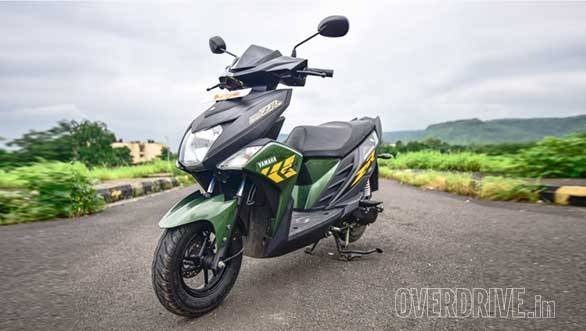 The Ray-ZR's styling is what sets it apart from its siblings. The large plastic front apron houses a new headlight, and the integrated turn indicators add to the frontal width. However, you can't help but notice how similar it looks to the Honda Dio, when viewed head-on. The cowl on the handlebar features sharp crease lines and that's pretty much a standard design feature throughout the entire scooter. 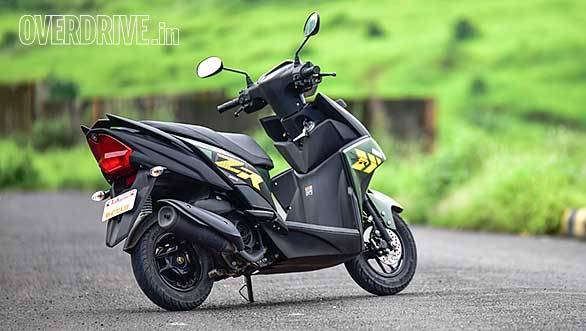 The side panels are sharper and sleeker with faux slats that give it a dash of sportiness. I particularly like the rear panels that seem to overlap when viewed sideways. It's a nice change from the bland side panels that we usually see on scooters in India. Shy the design is not. It's flashy and young, exactly what the ZR is aiming for. Moving to the rear, the large lamp checks the box for form and function.

The instrument panel is all-new and its layout reminds me of Optimus Prime staring back at you. It houses an analogue speedo, fuel gauge and the usual telltale lights. 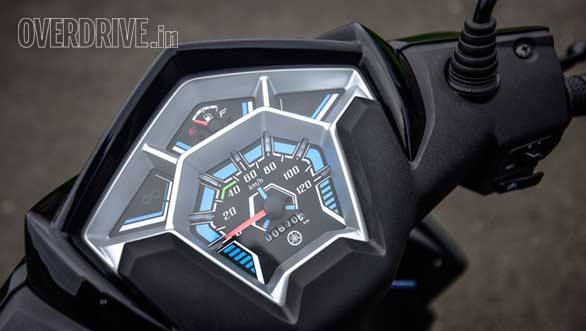 The build, fit and finish is superb and typically Yamaha. The plastics as well as the paint quality is very impressive, and it feels as if the scooter will age gracefully. 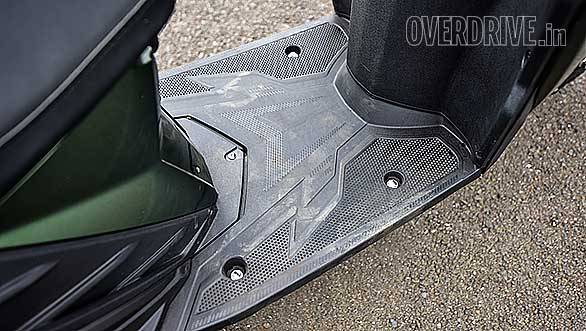 Ergonomically, the Ray-ZR's size is perfect for average-sized humans, with its 775mm seat height allowing you to keep your feet flat on the ground at standstill. However, the floorboard will seem just about adequate for people with big feet. Also, if you are as tall as 6-feet-plus Rishaad, you'll find the bars fouling with your knees while making tight, feet up U-turns.

The Ray-ZR uses the same 113cc, air-cooled, Blue Core engine that powers its other platform mates. Its 7.2PS and 8.1Nm figures may not seem exciting on paper, but the 103kg kerb weight results in adequate acceleration. It's quick off the line and we registered a 0-60kmph time of 10.2 seconds. The Ray-ZR tops out at 85kmph which is good for a city-focused scooter. However, for a scooter that looks this good, a bit more power would've been great. 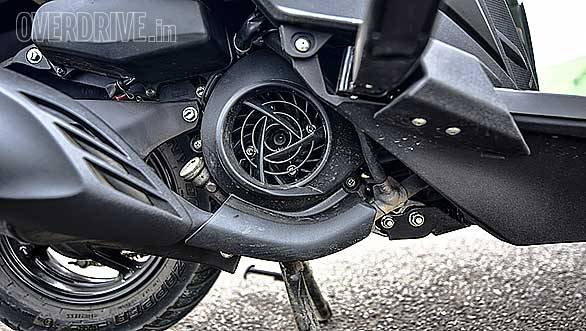 What amazes me is the motor's silky smooth refinement. Even at full whack there is next to no vibration, making sustained 80kmph-plus highway rides a breeze.

The fuel economy is quite impressive too, with the scooter managing to deliver 53.2kmpl in the city and 62.5kmpl on the highway. That should keep the college-going kid or the young executive happy at the pocket.

We've always regarded the Ray-Z as a scooter that offers a good blend of ride and handling, and the Ray-ZR is no different. Despite the speeds, there's a sense of confidence aboard the Ray-ZR, and I like that in my scooter. The front forks offer good damping over rough roads, and ride quality is decent considering the small 90/100-10 53J wheels. There is, however, a pronounced thud when riding over sharp ruts, but thankfully the scooter does not get tossed out of line in such situations. 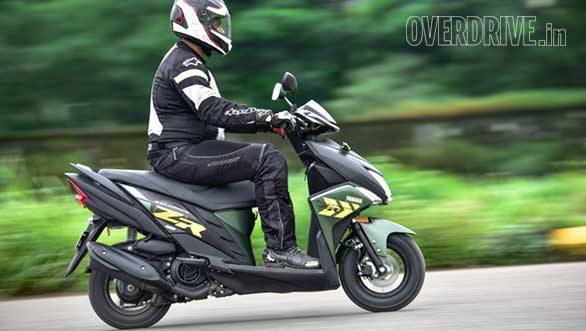 The unit swing arm at the rear is equally good at ironing out the bumps. That said, the Ray-ZR does pogo a little when riding over successive undulations, but that's the case only when riding solo. With a pillion, the added weight sorts this out.

While tackling corners, the Ray-ZR feels planted, just like its siblings. Mid-corner bumps do not unsettle the scooter either, and the MRF Nylogrip Zappers offer good grip and feedback. While riding it in the city I found it easy to filter through traffic. I reckon its light weight makes it a very friendly scooter to ride. 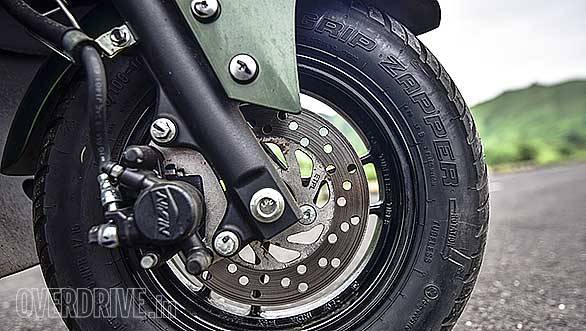 The Ray-ZR, apart from the Alpha, is the only Yamaha to get an optional disc brake which is both progressive and offers a strong bite. They are not too sharp which ensures that the front end does not lock up easily. We recorded a 60-0kmph distance of 22.3m (wet surface) which is better than the drum brake equipped Ray-Z.

Yamaha has finally offered a shutter-equipped ignition slot in its scooter, a feature that's available in many scooters these days. 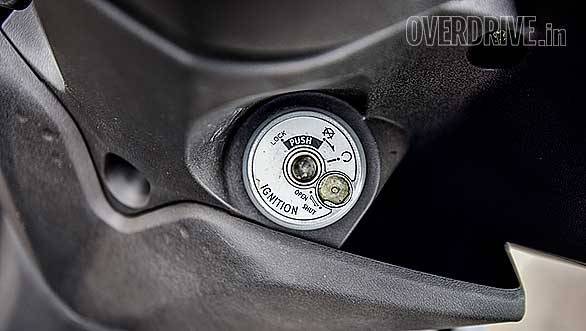 The underseat storage is a generous 21 litres, sufficient to hold a half-face helmet and a few knick-knacks. 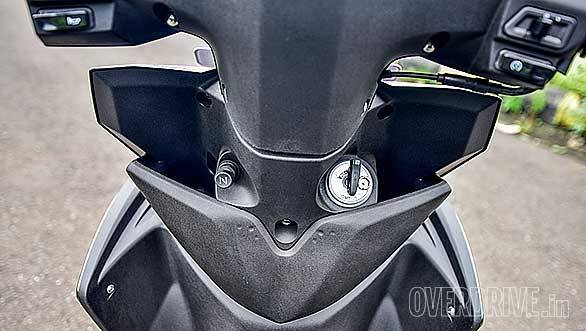 There's additional storage too in the form of two cubbies behind the front apron. It's wide enough to store a small bottle. 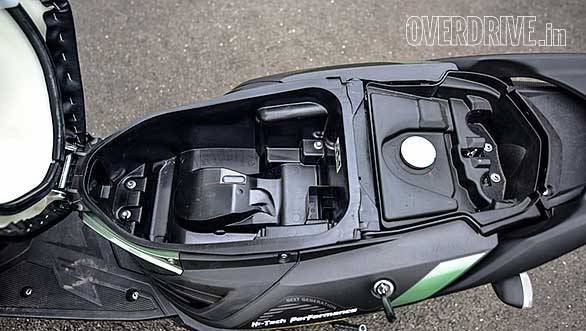 The Ray-ZR with the alloy wheel and disc brake is priced at Rs 68,400 (on-road Mumbai). That's Rs 3,000 more than the steel-wheel, drum brake version.

In comparison, the Fascino and Alpha are cheaper by Rs 1,000 and Rs 1,420 respectively. Yamaha's solid attributes of build quality, ride and handling continue on the Ray-ZR. The styling is appealing and it will strike a chord with the youth, its primary target.