The 2018 BMW X3 G01 - the third generation of BMW's best selling crossover - has been launched in India today with prices starting at Rs 49.99 lakh. The new X3 may find itself in the middle of the biggest battle this segment has ever witnessed. With the Audi Q5 and the Volvo XC60 now present in their all-new avatars, J-LR spicing it up with the locally produced F-pace and stunning Range Rover Velar, and Lexus adding a new level of oomph to the segment with the NX, this seems like the best time to go shopping for a luxury mid-size crossover. Well-known to be the driver-focused alternative to the other crossovers in the segment, the new BMW X3 seems well poised to take on its rivals with authority. 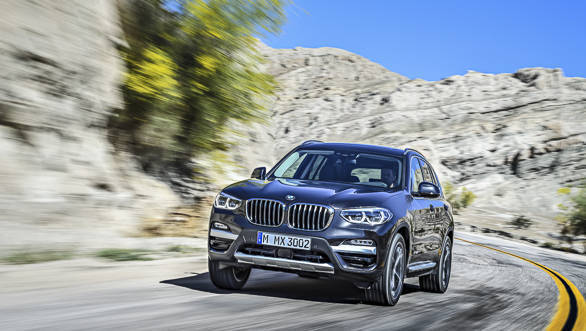 For starters, it continues to use the potent 2.0l diesel engine, which in its new-generation xDrive20d guise churns out 190PS of power and 400Nm torque. While that may not be the most powerful engine in its class, the B47 four-cylinder oiler is known to be an eager performer and should be impressive with the third-gen X3's lightweight construction. An eight-speed transmission is standard and transfers the power down to the road via the xDrive rear-biased all-wheel-drive system. For those looking for more driving fun, an xDrive30d variant will be added to the range later, and it will bring along the powerful 3.0l inline six-cylinder diesel engine that produces 265PS and 620Nm of twist. 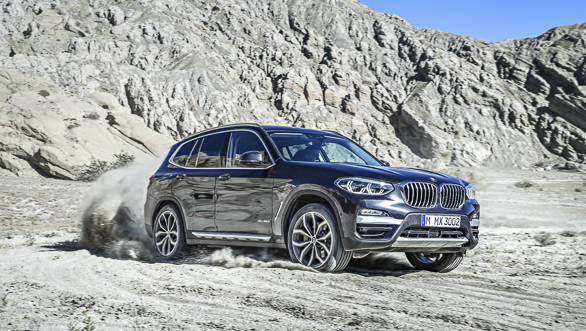 Using new aluminium construction for certain engine and suspension components, the X3 is now up to 55kg lighter than the outgoing car. BMW claims that the chassis and the suspension are tuned to be sportier than before and the X3 maintains BMW's trademark 50:50 front-to-rear weight distribution. 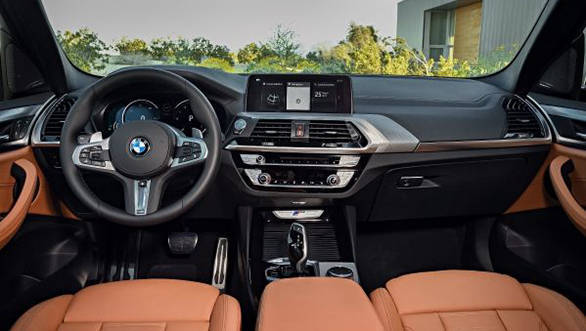 Where the X3 has a potential to trump the competition, is with the kit has to offer. Borrowing technology from the new 5 Series, the X3 gets the crisp infotainment system that sports the iDrive 6.0 operating system. It is compatible with the intuitive gesture controls and new-age smartphone interfaces like Android Auto and wireless Apple CarPlay. The new X3 also incorporates a full-colour heads-up display, digital instrumentation and ambient lighting.

Sitting on a 2.2 inch longer wheelbase than the outgoing car, the 2018 BMW X3 also boasts of improved cabin space. The cabin gets a panoramic roof and a three-zone climate control. Also onboard are new upholstery and trim options. The boot space has gone up too. 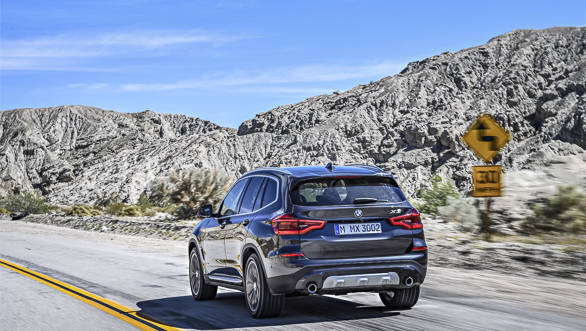 The third-generation X3 boasts of a design that is more aggressive than what we saw on the outgoing car. The large grille up front looks more butch and the hexagonal design for the fog lamps adds more substance to the jawline. The headlights and taillights have grown larger too and can be specified with all-LED lamps. The X3 also has short overhangs that and allow better approach and departure angles. BMW has upgraded the X3's wheel sizes across the range, with the base spec model riding on 18-inch alloys.

Recently, BMW India started local assembly of the 2018 X3 at its plant in Chennai and that has allowed the carmaker to place its best-selling crossover in a very competitive price range. Its natural rivals include the Audi Q5, the Mercedes-Benz GLC, the Jaguar F-Pace and the Volvo XC60. Given its spec, size, and intent, it will also face competition from the Lexus NX 300h and the Land Rover Range Rover Velar. Bookings for the 2018 BMW X3 were opened earlier this month and deliveries will commence soon, say BMW India.