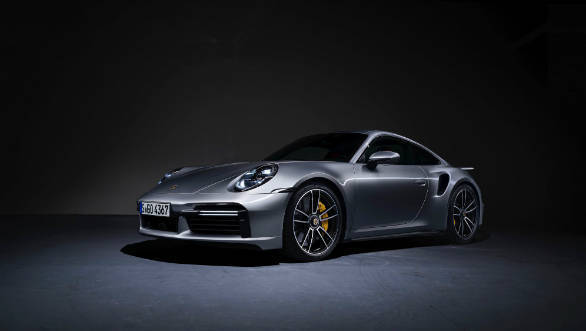 The Turbo S models get a development of the 3.8-litre 6-cylinder boxer, paired with an 8-speed PDK dual-clutch auto. Changes include two larger variable geometry turbos, redesigned charge air cooling system, piezo injectors, and a new intake system. These have bumped-up power by 70PS and torque by 50Nm. Outputs are now 650PS and 800Nm. This translates on the road into a 0 to 100kmph time of 2.7 s, 0.2s faster than before, and into an unchanged max speed of 330kmph. 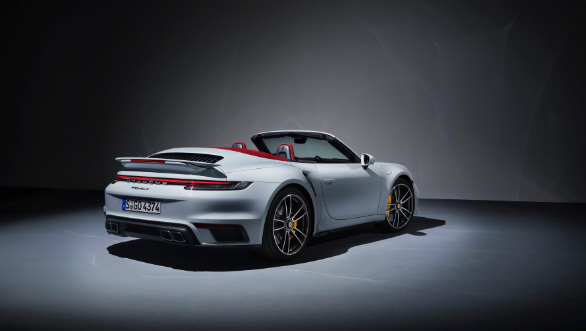 Visually, the Turbo S models now sport a redesigned face with wider air intakes and dark inserts in the matrix LED headlamps. At the rear, the redesigned, pneumatically extendable front spoiler and the larger rear wing deliver 15 per cent more downforce. Other new bits at the rear are the integrated air intakes with the large, rectangular tailpipes. The Turbo S is now wider than before, 45mm at the front axle and 20mm at the rear. The staggered wheel sizes that debuted in the standard 992 have been carried over here, the fronts carry 20-inch, 255/35 dimension tyres while the rear fits 21-inch 315/30 tyres. Further, new equipment options have been added like the Porsche Active Suspension Management (PASM) sports chassis that has been lowered further by 10mm and the new sports exhaust system. 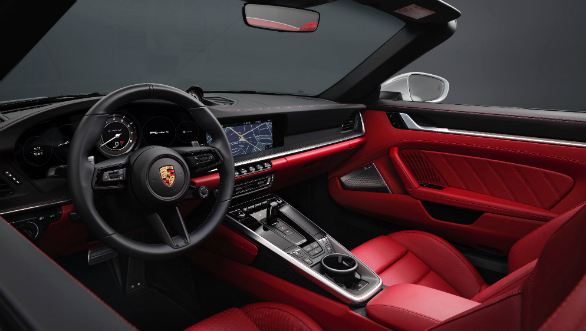 The interiors can be had with full leather and carbon trim, accented with silver inserts. The layout is the same as the standard 911 with the stubby shifter, the 10.9-inch screen and semi-digital instrumentation. The Turbo S with 18-way adjustable sports seats, graphic elements and logos in the instrument cluster, GT sports steering wheel, the Sport Chrono package with newly integrated Porsche Track Precision app and a Bose sound system. 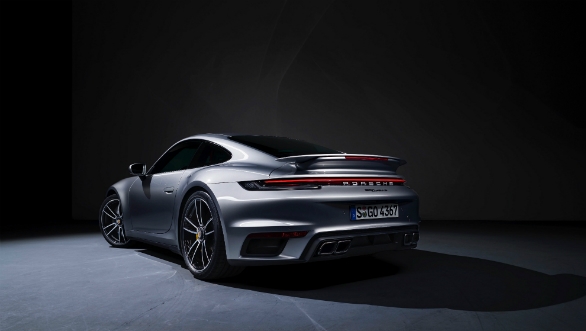 The Turbo S is expected to come to India later this year. The standard Porsche 911 is already on sale here with prices starting at Rs 1.8 crore. The Turbo S should be priced upwards of Rs 2.3 crore.