Skoda India has revealed numerous technical details about the upcoming Skoda Slavia sedan, ahead of its official debut later this year, and launch in early 2022. The Skoda Slavia begins the second wave of models from the Skoda-Volkswagen group as part of its India 2.0 plan, following the Skoda Kushaq and Volkswagen Taigun

The Skoda Slavia is set to be 4,541 mm long, 1,752 mm wide and 1,487 mm tall with a 2,651 mm wheelbase. This confirms the new sedan will be significantly larger than the Rapid with a 128mm increase in length, 53m increase in width and 21mm increase in height. The wheelbase is the same as the Kushaq's which points to the same lengthened version of the MQB-A0-IN architecture from the SUV being used here. The current City is marginally longer than the Slavia but sits on smaller 2,600mm which should make the new Skoda one of the roomiest sedans in this segment. 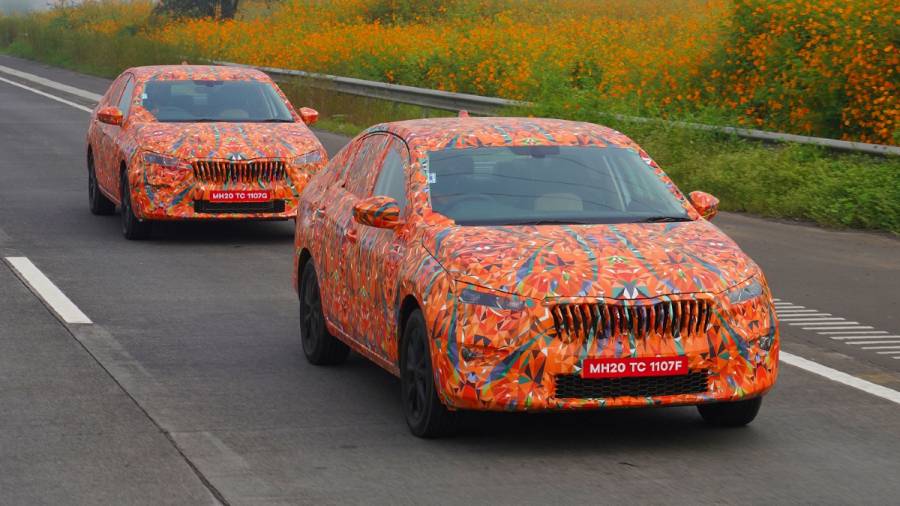 Unsurprisingly, the Skoda Slavia carries over the same engine and gearbox options as the Kushaq SUV. The Skoda Slavia will be offered with the 1.0-litre three-cylinder turbocharged petrol engine with 115PS and 175 Nm. With a six-speed manual for both engine options, the six-speed torque converter from the Rapid will be paired with this engine. The 1.5-litre turbo-petrol is the same unit from the Kushaq that makes 150PS/250 Nm and pairs with a seven-speed DCT and should come with the higher-spec versions. The larger engine will continue to offer its cylinder deactivation tech.

There will be up to six airbags on offer with the Skoda Slavia. Base version will get 2 airbags with standard ESC and ABS while higher-spec versions of the sedan will come fitted with front side airbags and head curtain airbags. 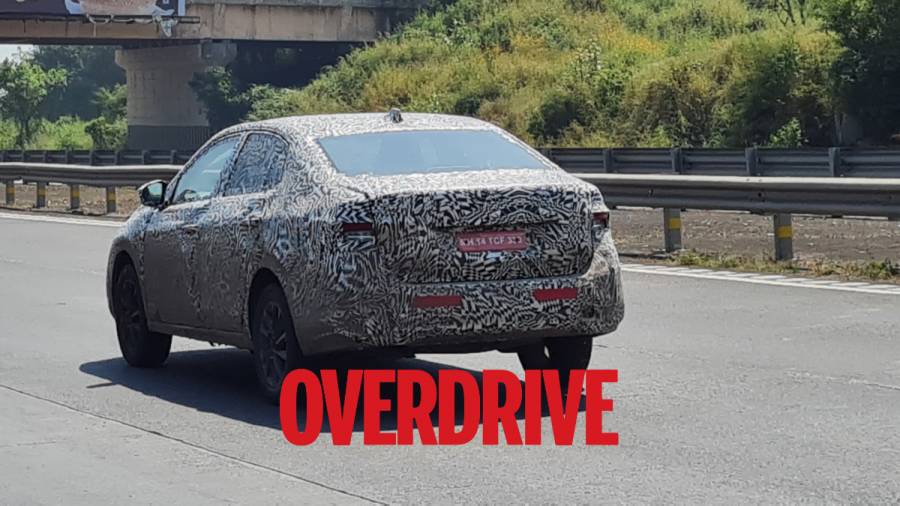 The Skoda Slavia is set to be revealed later this year with a launch slated for early 2022. Prices should range between Rs 10 to 15 lakh, ex-showroom and the Slavia will compete against the likes of the Hyundai Verna, Honda City and its Volkswagen twin, the Virtus.