In the most recent set of revisions to the Mahindra Thar, Mahindra has taken some cost-saving measures. While it keeps the trim-level amenities and off-roading gear, it does without certain creature comforts like lumbar support and one of the two USB ports. 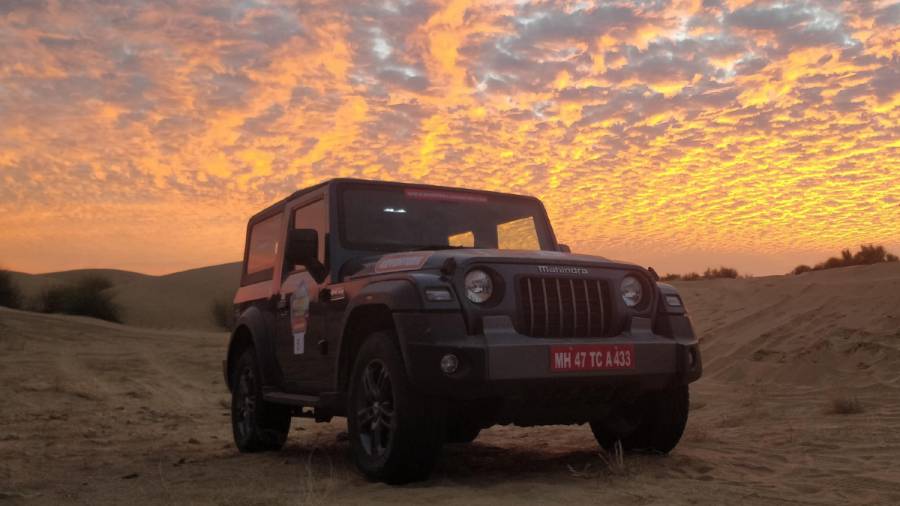 The front and back bumpers of the new Thar no longer have the attractive metallic ash finish in the centre. It has a uniformly simple black finish. To lower the cost of painting the bumpers, the firm would have gone ahead with this decision. Additionally, it now has brand-new Ceat Crossdrive AT tires in place of the prior Czar AT tires.

Although the new Thar features a separate armrest for the driver's seat, the adjustable lumbar support is no longer available on the front seats. Finally, the fast-charging USB socket has been removed from the new Thar. It currently just has a standard USB charging device.

The Mahindra Thar is powered by a 2-litre petrol engine and a 2.2-litre diesel engine, like previously. Their respective horsepower ratings of 150PS and 130PS remain unchanged, while the 6-speed manual and 6-speed automatic gearbox choices are the same as previously.

The Thar has a solid rear axle, an independent front suspension and mechanical and brake-based differential locks for off-road driving. Its 650mm wading depth and 226mm ground clearance are still unaltered. The Mahindra Thar range starts from Rs 13.53 lakh onwards.

2022 Mahindra Bolero Neo Plus specifications leaked ahead of launch