Aprilia India and Vespa India are rare brands in the country, in that they only cater to the premium commuter segment through scooters, apart from the larger Aprilia superbikes. The two brands will now be preparing to meet the deadline for including anti-lock braking system (ABS) on all two-wheelers above 125cc. While the law comes into effect from April 2019 across India, Aprilia and Vespa scooters will have ABS before the end of 2018, says CEO and MD of parent company Piaggio India, Diego Graffi. Graffi was speaking to OVERDRIVE on the sidelines of an event yesterday, where the updated 2018 Aprilia SR150, Vespa SXL, and Vespa VXL were launched. Aprilia also launched the limited edition Carbon SR150 and the new SR150 Race during the event. 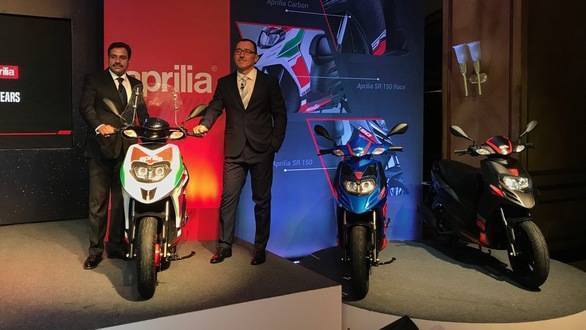 The 2018 Aprilia SR150 Race now comes equipped with a flyscreen as standard along with a new, part-digital instrument cluster and adjustable rear suspension, which is a segment first. The SR150 Race also wears a new red-white-green paintjob inspired by the livery seen on Aprilia's MotoGP machine, the RS-GP. The powertrain remains unchanged and the scooter continues to offer 10.5PS and 11.4Nm from its 154.8cc, air-cooled, single-cylinder, three-valve engine. 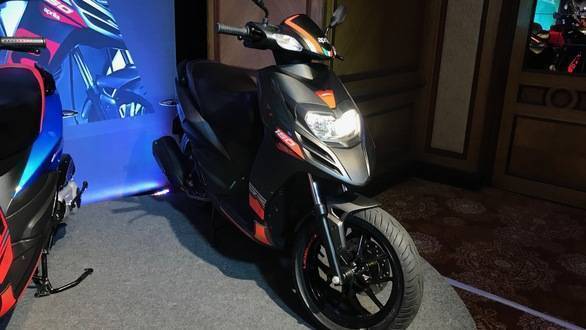 The SR150 Facelift does not get the aforementioned mechanical changes but is also on offer in the shade of blue seen on the Aprilia SR125 now, and is priced at Rs 70,031 ex-showroom Pune. The limited edition Aprilia Carbon SR150 is identical to the SR150 Facelift but looks more appealing thanks to its plastic panels that mimic carbon fibre ones and is priced at Rs 73,500 ex-showroom Pune.

The Vespa Notte that was launched recently was also showcased at the event. It does not get any mechanical changes and is powered by the same 125cc air-cooled engine as its siblings, but wears matte black paint and is priced at Rs 68,829 ex-showroom Pune. Piaggio also launched its Vespa SXL and VXL in new colours. 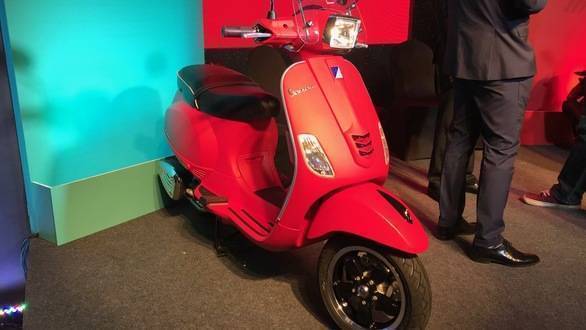 The scooters are now available in a very appealing looking matte red, a matte yellow and a special blue, called the Azzuro Provenza. Additionally, the scooters also come equipped with machine-finished alloy wheels. While the Vespa VXL 150 is priced at Rs 91,940 ex-showroom Pune, the Vespa SXL retails at Rs 97,276 ex-showroom Pune now. 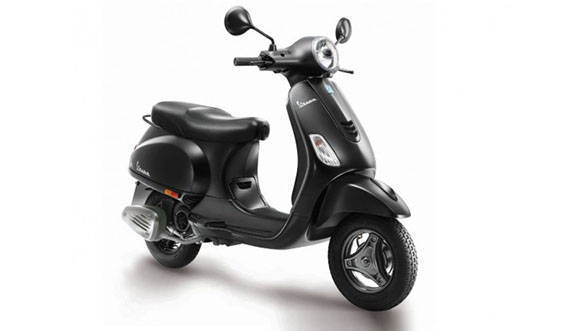 Piaggio has launched its own mobile connectivity app which is being offered as standard with its 150cc models ? Aprilia and Vespa both ? and is an optional extra if you are buying either the Vespa 125s or the Aprilia SR125. The app is available for iOS and Android platforms both and can be connected to the scooter via Bluetooth. It offers GPS information about the scooter's location using the phone's GPS function to help pinpoint the location where the scooter was last parked, as well as emergency contact assistance.