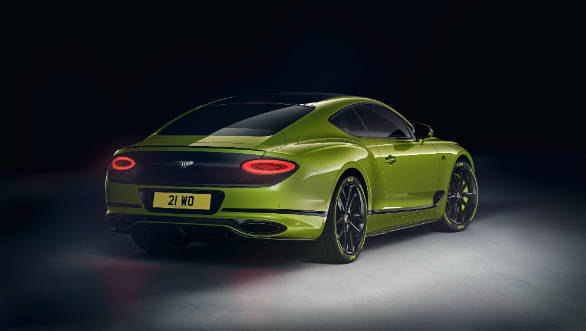 This new Continental GT gets a carbon-fibre body kit and a new shade of Radium green developed by Mulliner, the brand's bespoke customisation arm. This is complemented by contrasting gloss-black elements front lower bumper inserts, roof panel, wing mirrors and rear surfaces. Also unique are the Acid Green brake disc callipers in the 22-inch gloss black, Pirelli P Zero Colour Edition tyres in Radium Finish and a Pikes Peak decal on the front bumper. Further, buyers can choose to add the '100' grille as a nod to Bentley's centenary celebrations for 2019. 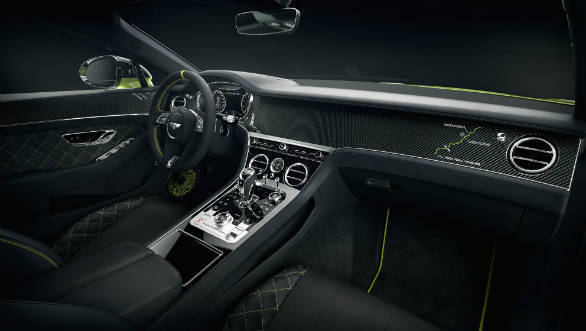 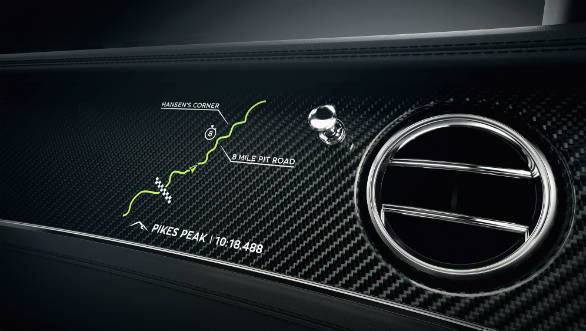 On the inside, Alcantara with contrasting Radium thread stitching is available which is matched with the Beluga leather upholstery. There is honeycomb stitching and a centre stripe finished in Radium on the steering wheel. Further, there is a carbon-fibre dash trim and a gloss black centre console. The passenger-side dash face has a graphic that shows a section of the Pike Peak course. There are five variations of this across the 15 cars, alongside an inscription that shows the timing of the record-breaking Continental GT. Other additions to the cabin include Pikes Peak embroidered into the headrests in the green shade, Pikes Peak treadplates and exclusive B&O speaker covers in anodised black and radium.

Bentley now holds two Pikes Peak records. The Bentayga was also driven by Millen and its crossed the line in 10m 49.9s, setting the record for the fastest SUV up the course.