The Mahindra Group subsidiary Classic Legends was formed in the light of the company's vision to reintroduce once iconic, but no longer existing motorcycle brands to the world. We've already witnessed the revival of Jawa, while BSA and Yezdi are the other notable bike brands on the brink of being brought back to life. Now, at the Motorcycle Live show in Birmingham, UK, BSA has showcased the 2022 BSA Gold Star  the first official BSA motorcycle to be sold in Classic Legends era. 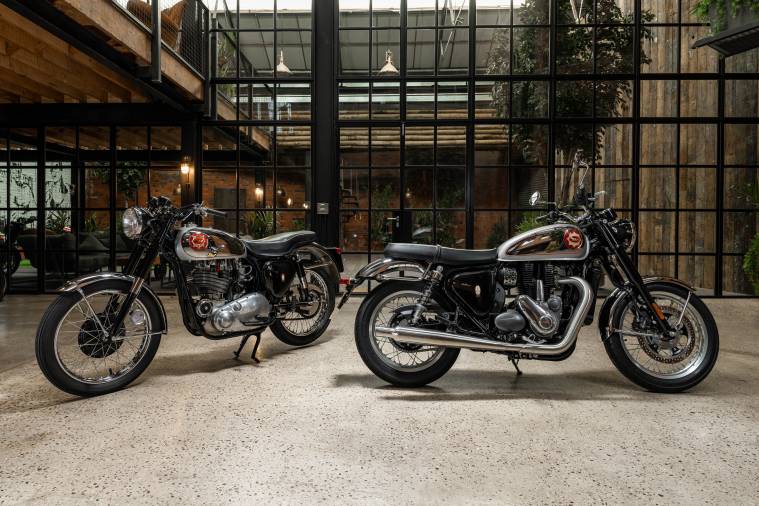 It's not difficult to see that the 2022 BSA Gold Star retains the DNA of the original motorcycle from the Birmingham-based brand which bears the same name. From the pictures, the overall packaging looks neat and quite handsome. The new BSA Gold Star rides on wire-spoke alloy wheels 18-inch front and 17-inch rear which also add to its overall retro charm.

Although its retro-styled lines are a tribute to the bike from glory days of yore the 2022 Gold Star also features a good amount of modern tech. 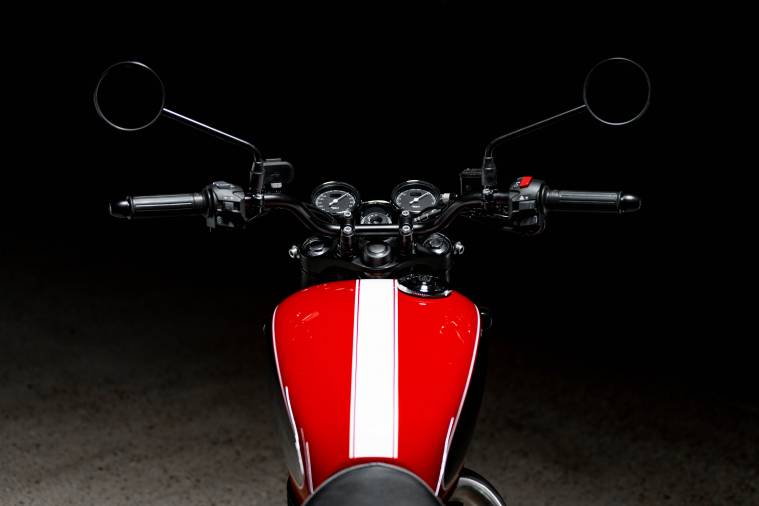 The twin-pod instrumentation that sit behind the round halogen headlamp unit feature individual analogue speedometer and tachometer units with a multi-functional LCD display. The needles feature the same reverse sweep function as the original Smiths clocks. The separate tell-tale pod on the headlamp housing is another nod to the era gone by.

The Gold Star's 12-litre fuel tank design is a nod to the tanks of the M24 and DB34 Gold Star, proudly brandishing prominent BSA logos and chrome touches on either side, an offset fuel filler cap and some pin striping.

The rear is kept minimalistic, with a reimagination of the original Lucas lamps but with modern LED technology thrown in. The signature fender stays  finished in chrome to complete the persona of the new motorcycle.

The new BSA Gold Star will also be available in Legacy Edition, which is inspired by the Gold Stars of the past and finished in a special 'Silver Sheen' colour. The other unique touches on the Legacy Edition include chrome-finished fenders, mirrors and levers, polished engine covers, white beaded seat and a gloss black finish on instruments, headlight cover and foot pegs, along with chromed components across the motorcycle. 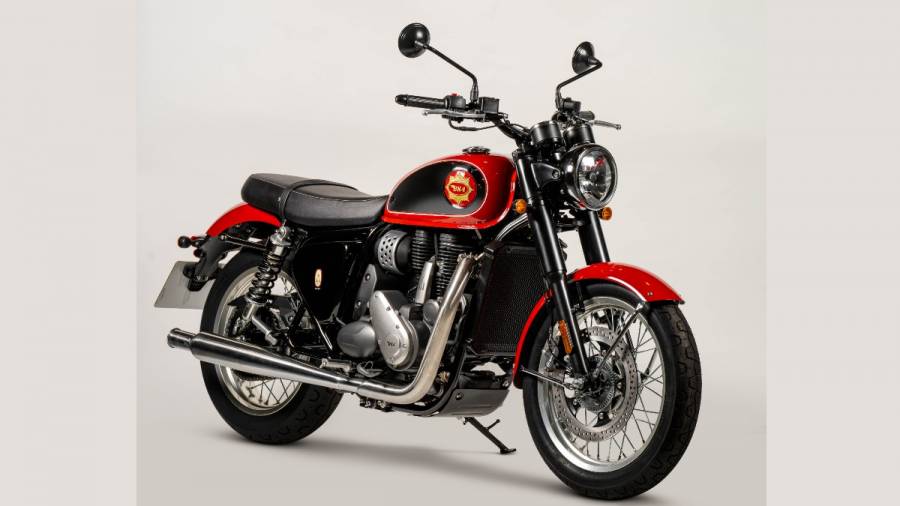 The modern classis is powered by a 652cc, single-cyl, liquid-cooled, unit that makes 45PS at 6,000rpm and 55Nm of torque at 4,000rpm. BSA is said to have tuned the DOHC, four-valve motor to produce a healthy flow of torque from as low as 1,800rpm, resulting in effortless cruising and bursts of acceleration when required. The new engine comes paired to a 5-speed gearbox. 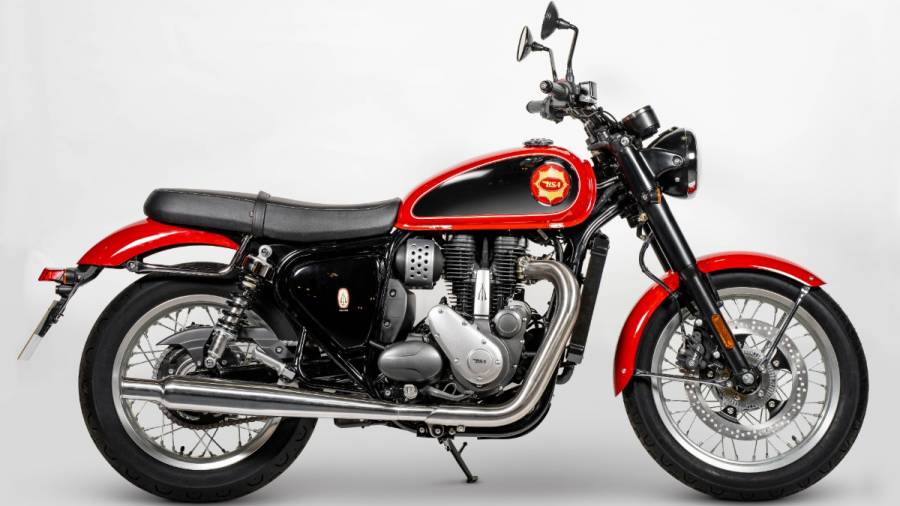 The 2022 Gold Star, which weighs in at 213kg, sits on a tubular steel, dual-cradle frame that's suspended by a 41mm telescopic fork and twin shock absorbers at the rear. In terms of stopping power, The Gold Star gets a single 320m disc up front and a 255mm disc at the rear with Brembo callipers at both ends. The bike's 18/17-inch spoke-wheels come clad with Pirelli Phantom Sportscomp tyres. 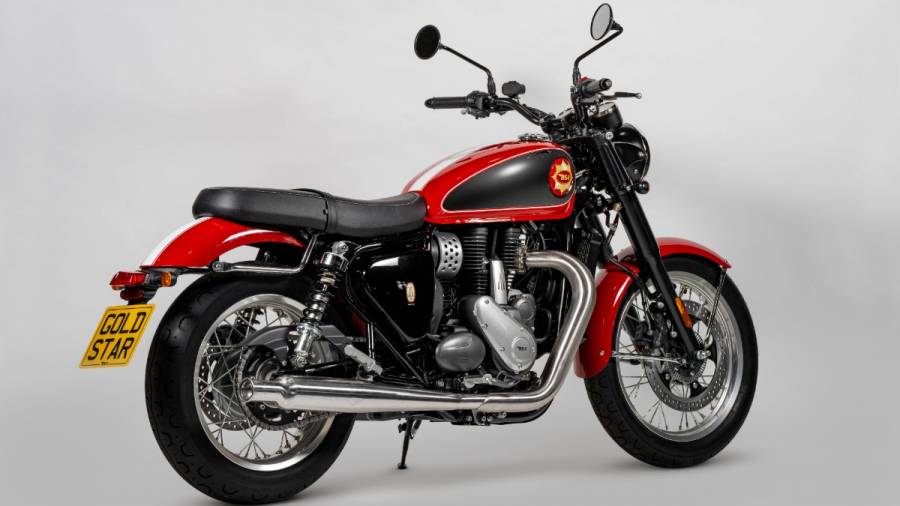 It remains to be seen if the new BSA Gold Star is built entirely in the UK, or if it's exported from Classic Legends' facility in Pithampur, Madhya Pradesh. If the bike is indeed made in India, it will eventually go on sale here as well. There' a big question mark looming over the 'when' this will all come to being though. But when it comes to India the Gold Star 650 will rival the likes of Royal Enfield Interceptor 650, Royal Enfield Continental 650, as well as go toe-to-toe with the Kawasaki W800 and Triumph Street Twin bikes.