BSVI Yamaha YZF-R15 V3 launched in India for Rs 1.45 lakh - Gets a drop in power figures

The Yamaha YZF-R15 V3 was updated with a dual-channel ABS in January 2019. The update was in regard to the stricter safety norms regulated in the country. Speaking of the norms, the Yamaha YZF-R15 V3 has now been tuned to meet the emission standards of BSVI. And in the trade, the motorcycle has lost 0.7PS of power and 0.6Nm of torque. Also, the BSVI model is dearer to its customers. The price has been hiked from Rs 1.39 lakh up to Rs 1.45 lakh ex-showroom Delhi. 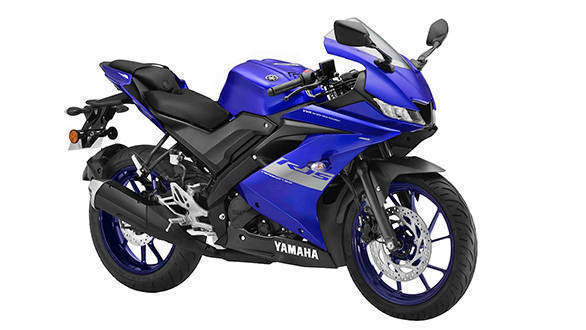 Even with the drop in power, the YZF-R15 V3 is mechanically identical to the BSIV model. Carries the same 155cc liquid-cooled single-cylinder engine and the power rating stands at 18.6PS at 10,000rpm and 14.1Nm at 8,500rpm.

Along with the cleaner running engine, the R15 V3 now gets features such an engine-kill as it senses the kickstand has been lowered. And dual-horn will be a standard offering. 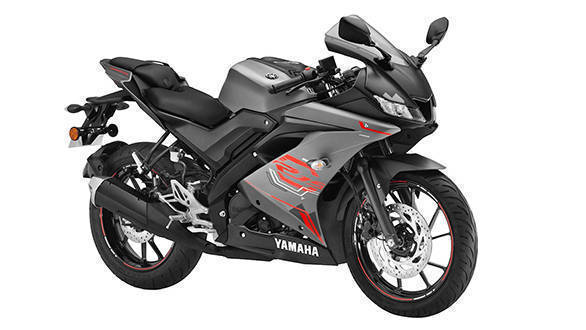 The cycle parts remain unchanged and the motorcycle gets telescopic forks in the front and a multi-link monoshock in the rear. The braking system with dual-channel ABS has been carried forward as well.

The motorcycle has been launched with three colour options - Blue, grey and Matte black.
Following is the colourwise break-up of the BSVI Yamaha YZF-R15 V3 -

All prices are ex-showroom Delhi. 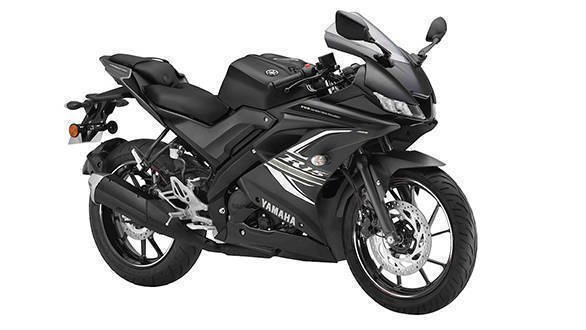 Commenting on the launch, Motofumi Shitara, Chairman, Yamaha Motor India group of companies said, "Our commitment towards customers in India is underlined in exciting products and experiences of The Call of the Blue. Being a cult brand that grows refinement and a rage, Yamaha is thankful to the customers in India who have cultivated the passion of R15 with their high taste of sensation and performance. With Yamaha continuing to perk up track performances with the R series, the new YZF-R15 Version 3.0 with BSVI compliant engine and new features will be able to create optimum excitement in India in its respective category. Yamaha strived for optimum cost control for the new BSVI compliant YZF-R15 Version 3.0 and achieved to peg it around three per cent higher along with new standard features, only to let the unrestrained excitement of R Series rev hearts."

BSVI Yamaha FZ-Fi and FZS-Fi launched in India for Rs 99,200