While all the attention has been on DSK's other tie-up - Benelli - it is its Korean partner that is on the move. As you might recall, OVERDRIVE broke the news of a plan to manufacture all of Hyosung's range of motorcycles in India. Now there is more news. Recent reports say that Hyosung will show off a number of new models at the EICMA show in Milan this year marking, effectively, a new start for Hyosung.

A new start? Yes. The issue with Hyosung for a long time has been frequent management changes. These changes at the top have hampered the development of their motorcycles. The arrival of huge conglomerate, S&T Motors, brought stability and finally, Hyosung is ready to reveal new products. 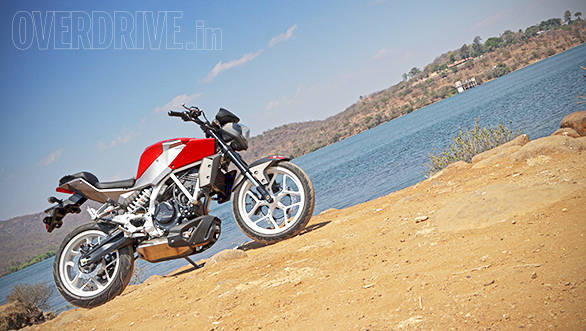 Among the new ones is the GD250N which we had tested earlier as a preview to an Indian launch we are still waiting for. We understand now that the GD250N is being setup for an October launch. It isn't clear right now if DSK Hyosung will locally source parts and make the GD here or it will be a CKD assembled product. However, given its performance profile and specification, we believe DSK Hyosung will make the motorcycle here. Expect its faired cousin, the GD250R to join the party later this year.

Also expected within this year is a new 300cc cruiser that DSK Hyosung will launch sometime after the GD hits the road. If this sounds a little familiar, you should remember that DSK Benelli had, similarly, shown the TNT25 (a 250cc single street naked) as well as the Keeway Blackster (a small displacement cruiser) at the India Bike Week and announced plans to launch the TNT25 in India - most likely by August 2015. 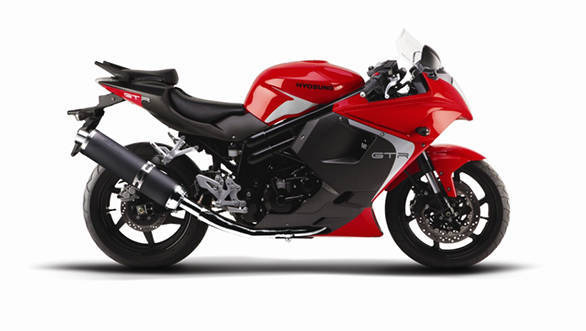 Also brand new and coming shortly is a reworked 650cc twin, most probably, a V-twin that replaces the ageing GT650R and GT650N powerplants. This engine should be smoother, more powerful and more reliable. More importantly, we're hoping for a modern, current day chassis. The GD250N shows that the company is certainly capable of it. These motorcycles may be present at the EICMA stand, but we believe the final production versions will only come early 2016 and the Indian launch plan will become clear in another three-four months' time at the earliest.

Hyosung has hinted at its plan to have lower displacement commuting motorcycles as well. Rumours are of a 150cc model that may not hit the developed world but enter emerging markets.

The plan for DSK Hyosung, according to reports from February 2015, was to have a manufacturing facility ready by August 2016. We suspect that while DSK Hyosung will use their existing facilities to offer the Indian market the likes of the GD250N, the other models will come from this new factory next year. DSK will probably work on local sourcing in the meantime to ensure that the brand enjoys a strong pricing advantage - critical in a market for aspirational motorcycles with big established brands.