Reinventing Art and Sustainability with Hyundai i20

India is a country noted for its diversity in every aspect, be it landscape, language, culture or even art. There is a plethora of art forms across the country that are centuries old and among them it has been noted that more than 50 art forms are losing its relevance, recognition and value in the modern world. This trip is dedicated to that cause itself; sustainability. With Hyundai working tirelessly towards a more sustainable future we are on a quest for Hyundai in a Hyundai to re-invent a marvellous art form which dates back to the 16th Century. We are on an epic journey to Chilling in Leh from Delhi via Chandigarh and Manali. And we are on this plush and stylish 'city boy', the Hyundai i20. People do have questions about taking a hatchback uphill on roads like these, and we are rooting for this one to dismiss these prejudices. With a leading ground clearance of 170mm and a wheelbase of 2580 mm in its segment will the i20 provide for a smooth ride across the twists and turns of one of the toughest roads in the country and the world? We are yet to find out. The jaunt starts from Delhi and the first halt is at Chandigarh, the 300km of highway passes on like a breeze all thanks to the 1.2 litre petrol engine with its decent torque output. My D.O.P (who is significantly tall) sitting beside and engaging in a quick nap without a trouble is proof enough of the ride comfort, and ample leg space. The advanced transmission and features like cruise control work effortlessly on the i20 giving us the feel of driving a premium hatchback, the built quality and advanced tech in the i20 is something worth noting here. 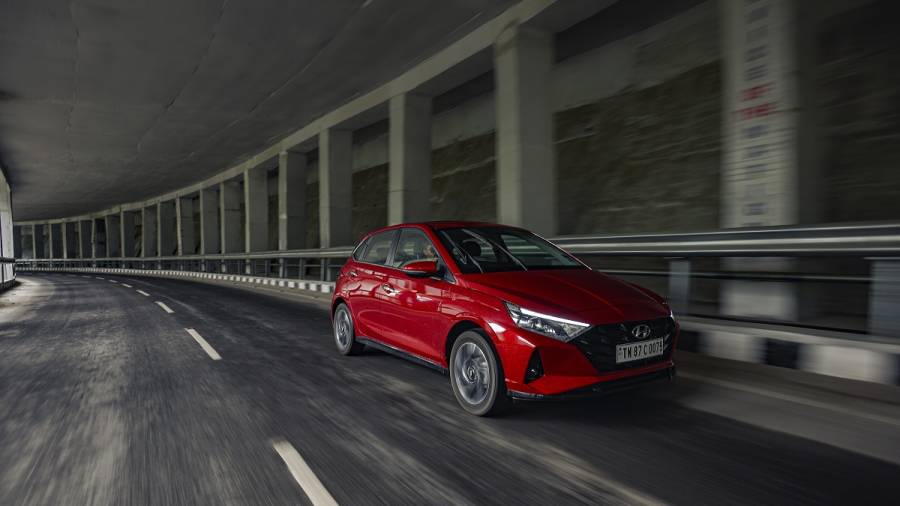 The Chandigarh retreat was a calming one after the day's drive as the rest is essential to begin the first phase of the climb to Ladakh. Next morning we leave Chandigarh and begin the climb towards Manali, our next stop which is another 300 kilometres away. With slight drizzles here and there, the roads start getting tender bit steep and the hairpins emerge, the city boy i20 has entered the 'wilderness' and this is where the challenge begins. 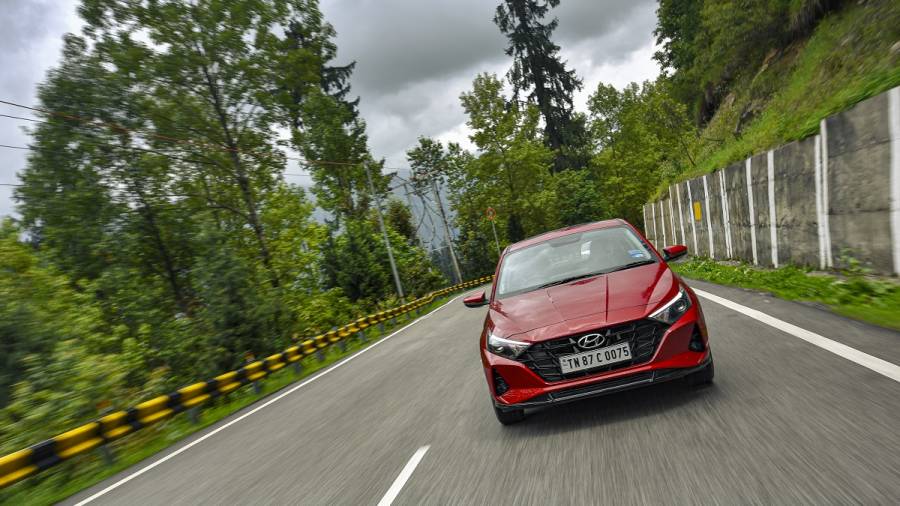 The i20 conquers the curves like a pro and the functionally deft steering, ABS and hill hold control provides for better handling than a few compact SUVs out there, not kidding. Here comes an age old question; 'Which is more important? Journey or Destination?' Philosophical words aside, a scene or terrain doesn't transform into something completely different in a snap like in those reels we watch, it happens only if you go the distance. 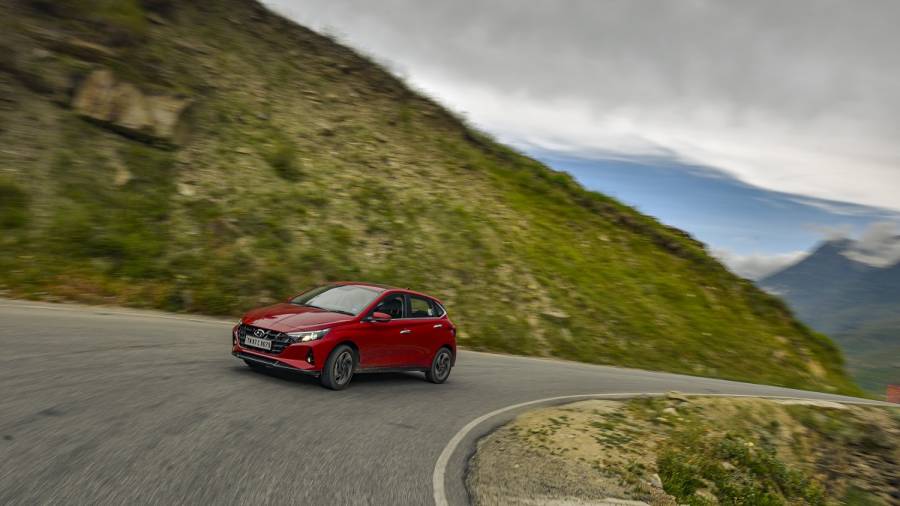 The way the terrain changed on this one is relaxing to watch as we as we climb uphill, the i20 with its aerodynamic design and nimble handling is dreamy to ride on the mountains and looks damn nice against the beautiful backdrops as well. Reaching Manali was the easy part of the climb, the real one begins the next day. The cafes at Manali with their ambience, backdrop and mouth-watering food was a must do in the list and did not disappoint. 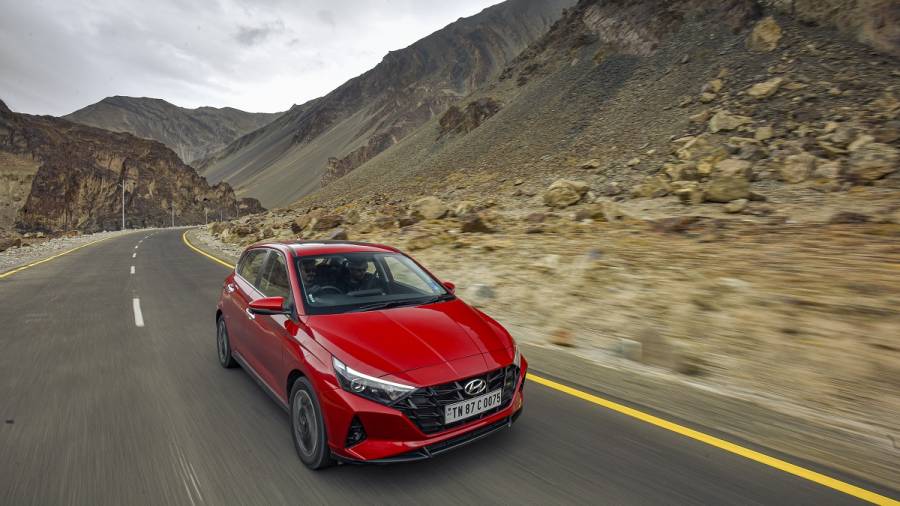 The next afternoon we leave for our next stop at Jispa, an intermediary stop which is a mere 93 Kilometres from Manali via the beautiful Leh Manali Highway. We reach Jispa in the evening, a comfort meal and a good night's sleep is all we need now to recharge for the upcoming long haul. We leave Jispa very early in the morning, although dark, the projector headlamps played their role with honesty. 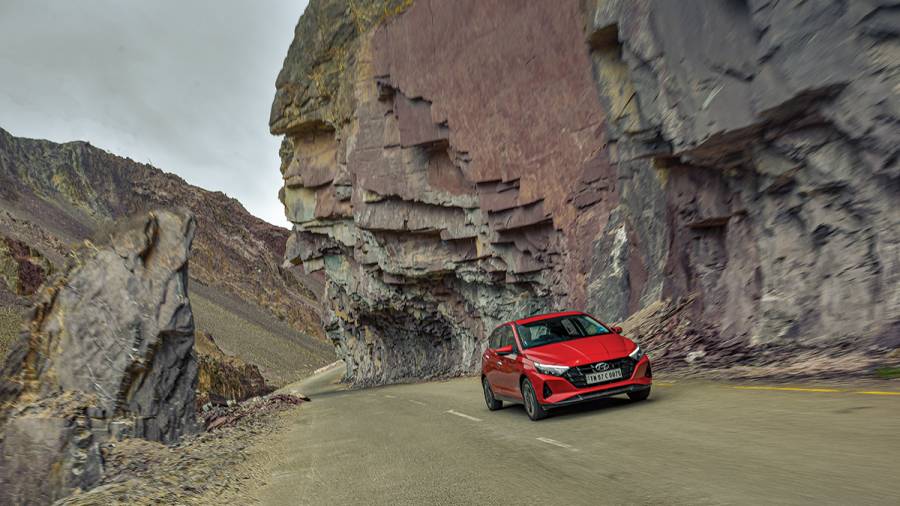 It is said that this route is one of the most dangerous yet beautiful routes of the world, and should be in every mountain lover's bucket list. Altitude from sea level is inversely proportional to the oxygen level in the air, and the first feel of it struck us as we stopped for a few photographs near Suraj Tal, a lake in the Lahaul valley approaching Bara-lacha-la pass. The view is breath taking, the wind is bone cracking and the air feels slightly heavier than normal as we gulp for more oxygen. After we get our desired shots we escape into the comfortable cabin of the i20 with its very efficient auto climate controlled AC and air purifier. The roads up ahead drifted swiftly into a rocky mood as we found ourselves crossing the various passes of the land of mountain passes. The Bara-lacha-la pass was the first and most difficult one to traverse through with rocky roads and on coming trucks, the mood became quite intense for a good 2 hours. The Gata Loops with its famous 21 hairpins also didn't stop the i20 which carried on with its fight with the roads valiantly. As we approached the third highest motorable pass in the world the Tanglang- la pass at 17,480 ft, snow-capped mountains came in eye level and made every minute of the difficult drive worth it. The coveted More Plains with its unique landscape of a 50 Km plus stretch of straight roads with mountains on either side is one sight to behold, we get amazing photographs and shots in this stretch and carry on to our destination for the day, Leh. 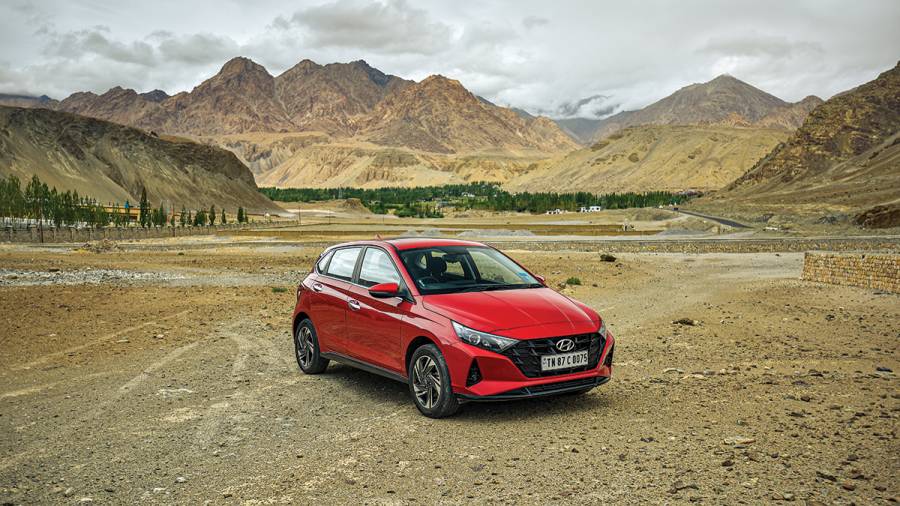 Our final destination is Chilling, a small village about 50 kilometres from Leh which has a special history attached to it. They are among the very few villages who practice the centuries old tradition of metal crafting, 'Zomal' as it is called in the local language. Their story dates back to the 16th century when the king of Ladakh ordered for metal statues and sculptures to be made and invited craftsmen from Nepal, they were rewarded with citizenship in his kingdom. They date back from then and to be honest, the surroundings that we are in, do have that medieval look in them. Such simple yet pristine beauty this little village holds is unexplainable in words, you've got to be here to experience this frigid heaven. 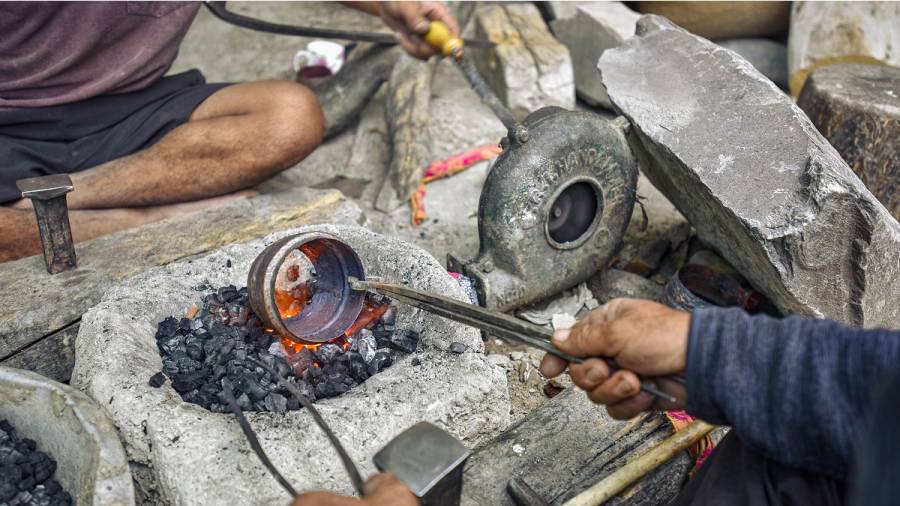 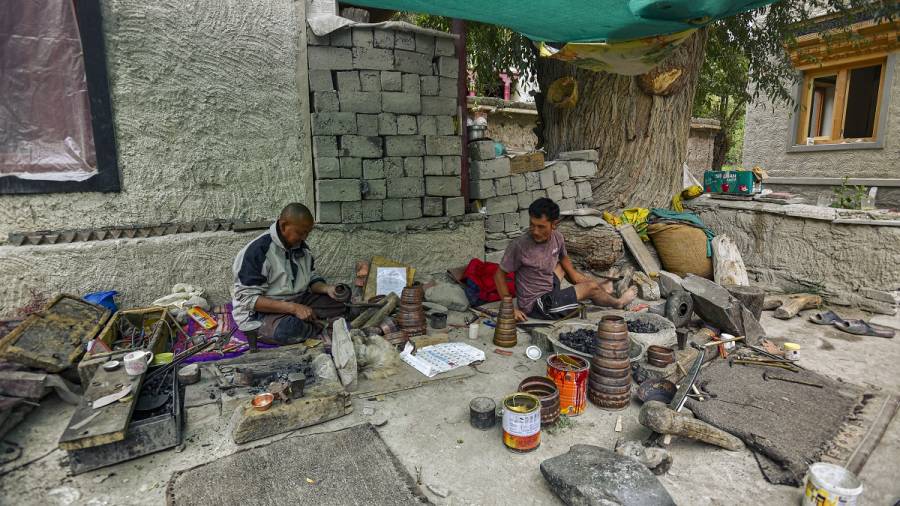 We met a craftsman who not so surprisingly drives a Hyundai Santro Xing himself and he gifted us a metal crafted Hyundai logo in his own art form. With amazing tea and homemade bread we snack at his place as we shoot the last part of our journey. This is where the question bugs me again, although the destination with its pristine beauty, artistic capacity and warm smiles of beautiful people seems to defy my traveller self. The landscape of Ladakh with its huge cultural heritage seems like an unsung hero who lives afar in exile. But its beauty is unmatched and the traditional art form of these villagers dating back centuries is something worth preserving, just like these beautiful landscapes. 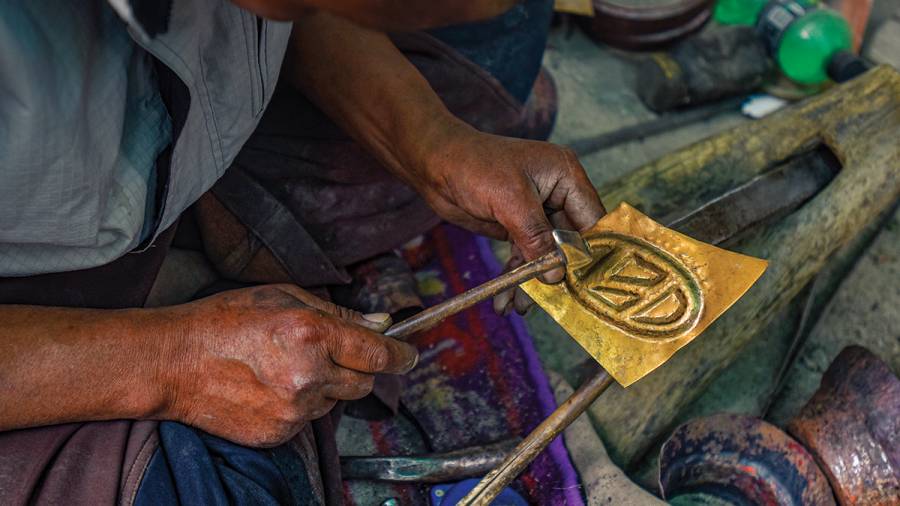 Hyundai is striving to build a better future with their plans on looking into a more carbon neutral future and to reduce the carbon footprint on all aspects. They are on the path to build next gen green vehicles with their Hydrogen Cell innovation, with the Kona already in the market, we are eager to know what's next for Hyundai. The i20 here emerged as a victor and broke all prejudices about taking a hatchback up on the mountains, and it's only with Hyundai that we got to experience such a unique jaunt with a purpose.