Hyundai has pulled the plug on its once-popular hatchback Hyundai Santro in India once more. Several issues, including increased car pricing and low demand from entry-level customers, reportedly pushed Hyundai to retire the model. 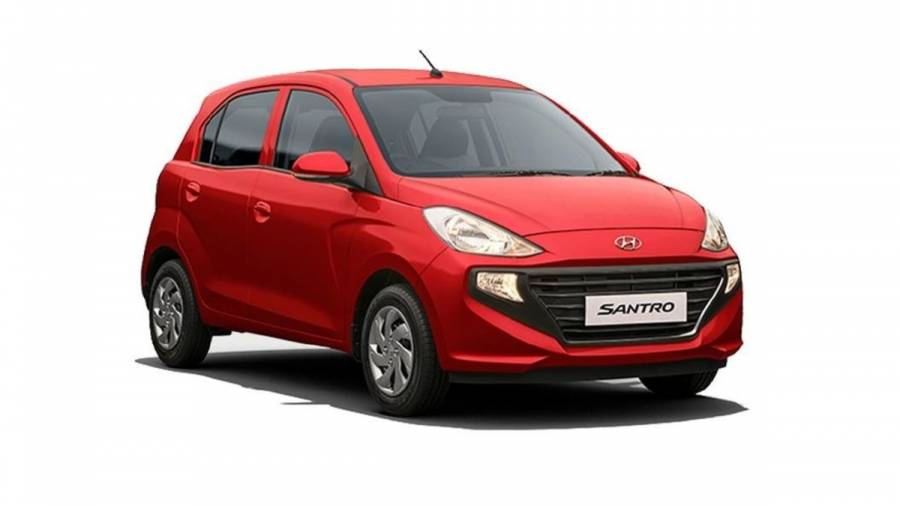 The Hyundai Santro's most recent model was released in India in 2018. Its average monthly sales in the past six months were roughly 1,500-2,000 units.
According to reports, the car's final unit was constructed last week. The 6 airbag regulation for M1 category automobiles is also alleged to have affected the decision.

A four-cylinder 1.1-litre petrol engine drove the new Hyundai Santro. It had a factory-installed automatic manual transmission (AMT) and CNG fuel choices. The engine was modified to meet the most recent pollution standards, resulting in increased fuel efficiency.

The hatchback came equipped with a 6.9-inch touchscreen infotainment system that supports smartphone navigation and connectivity via Apple CarPlay and Android Auto as well as smartphone mirroring. The multifunction steering wheel has audio, Bluetooth and voice recognition switches.

The Hyundai Santro was priced from Rs 4.89 lakh to Rs 6.41 lakh for a range-topping variant.