Mahindra drop another teaser showing off the upcoming EVs infotainment

On August 15, as India celebrates its 75th anniversary of independence, Mahindra will unveil 5 distinct electric SUVs that will serve as the company's starting point for future electric vehicles. In July, the automaker unveiled a teaser film and now, a second teaser has surfaced, highlighting some of the available cutting-edge connection technologies. 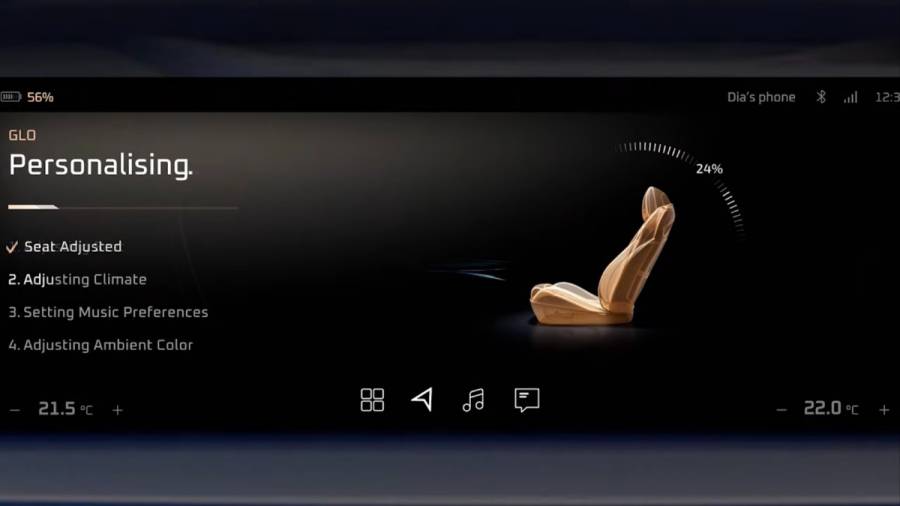 The infotainment system in Mahindra's Born Electric line of EVs will provide a plethora of comfort features. These include ambient lighting and ambient temperature control, as well as seat adjustability.

The SUVs will most likely have a dual-screen configuration. The instrument cluster will include a variety of customizable displays and be entirely digital. Regarding the infotainment system, it appears that the design differs from the AdrenoX system that currently powers the Mahindra XUV700 and Mahindra Scorpio-N. It uses a softer golden colour, and the entire layout looks tidy. 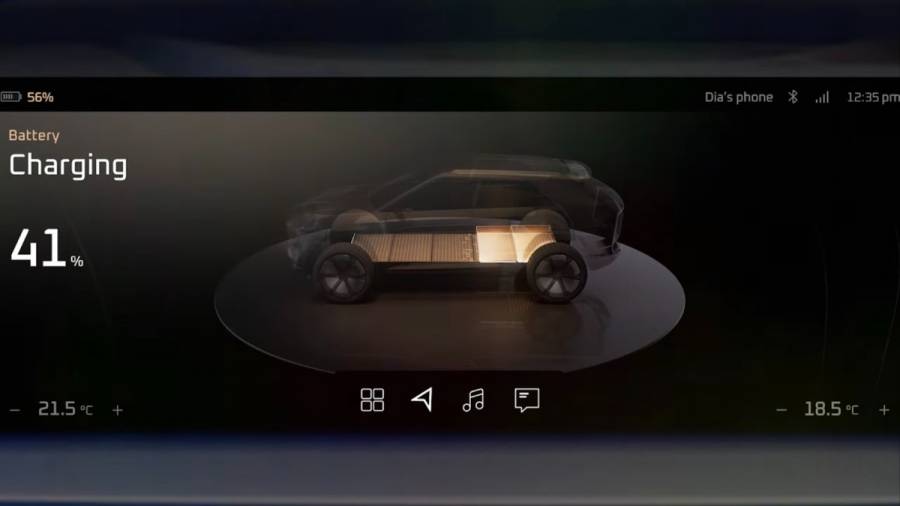 The Born Electric lineup is anticipated to have three coupe SUVs and at least five cars in various body types. The vehicles are anticipated to have a futuristic appearance with eye-catching LED daytime running lights. Despite the lack of information on the external style of these Mahindra BEVs, prior teasers suggested huge C-shaped DRLs and C-shaped components for the tail lights.