Maruti Suzuki has dispatched the first batch of the India-made Suzuki Jimny SUV from the Mundra port. This lot of the three-door 4x4 consists of 184 units headed to South American markets like Columbia and Peru.

The demand for the Suzuki Jimny has soared since its global debut in 2018, beyond the limits of Suzuki Japan's capacity. To meet this, Maruti Suzuki is being roped in to supplement production at the Jimny's Kosai manufacturing hub in Japan. The Jimnys built by Maruti Suzuki are to the same spec as those from Japan and will be exported to Latin America, Middle East and African markets. 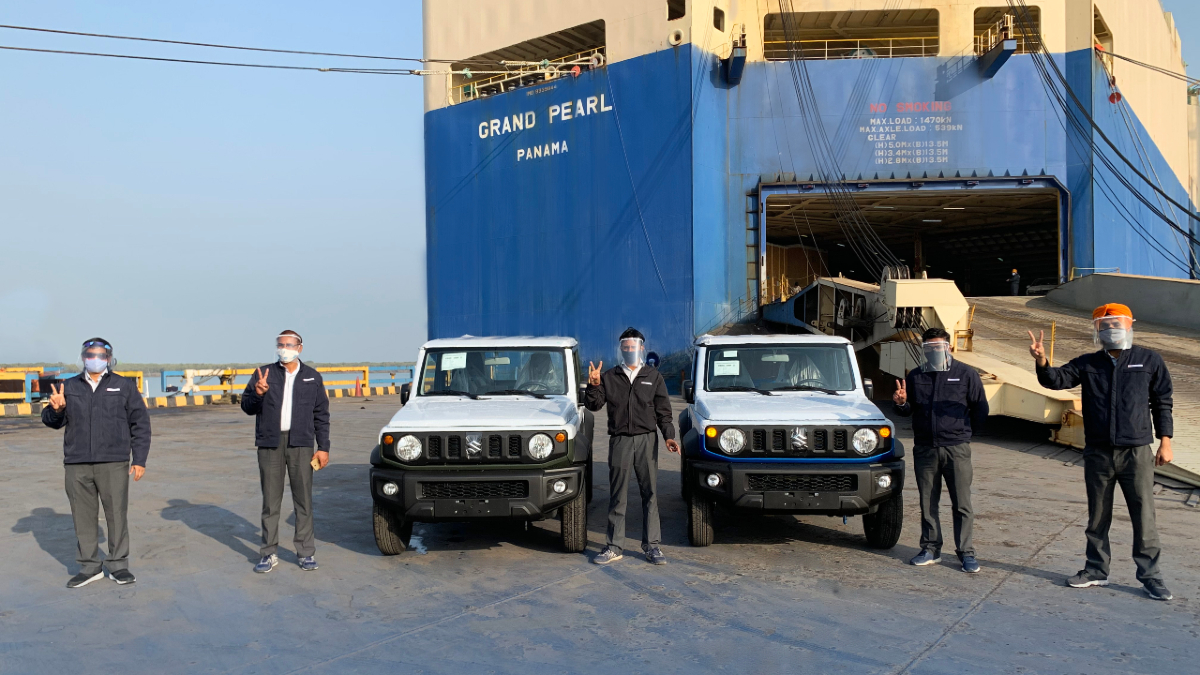 The export-spec Jimny is powered by the 1.5-litre K15B four-cylinder petrol. This is the same unit as seen on cars like the Ciaz, Vitara Brezza and Maruti Suzuki S-Cross and in the Jimny makes 102PS and 130 Nm. The two gearbox options are a five-speed manual and a four-speed automatic.

The Jimny's legendary stature comes from its off-roading capability and that has remained intact with this generation too. This fourth-gen Jimny continues with a ladder frame construction, sat on live axles at both ends. There is the AllGrip Pro 4WD system with a low range transfer case as well as a brake-based limited-slip differential. A hill-hold and hill-descent function is also available. The Jimny has a 27-degree approach, 28-degree ramp breakover and 48-degree departure angle. Ground clearance is 210mm.

There is still no confirmation on whether the Maruti Suzuki Jimny will actually be sold in India, given that this is expected to be fairly niche offering by Maruti Suzuki's standards. Although with local production beginning in a similar spec to other Maruti Suzuki offering, the chances for an Indian launch for the Jimny look quite strong.