Maruti Suzuki has confirmed to a news outlet that it has now begun finalizing its plans to launch the Maruti Suzuki Jimny in India. The fourth-gen Suzuki Jimny was shown at the 2022 Auto Expo but Maruti Suzuki has so far kept mum on its launch plans for this 4x4. However, with the firm now heavily focused on SUVs to get back to an over 50 per cent market share in India, the Jimny will seemingly play a role in this.

Shashank Srivastava, director of sales and marketing told TOI this with regards to the Jimny,"We will finalise our plans for the Jimny very shortly. We have collected very good feedback. We will look at possible specs, pricing, and timing of launch." 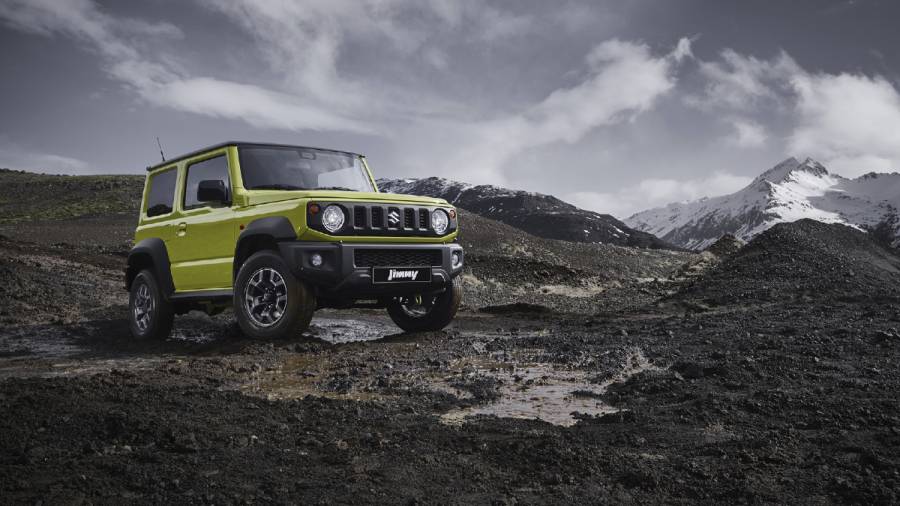 This seems to suggest that the Jimny India launch is still some time away, possibly towards the end of this year or early next year. The company recently launched the 2022 Maruti Suzuki Brezza and is set to unveil its Creta-rivalling midsized hybrid SUV, closely related to the Toyota Urban Cruiser Hyryder, later in July.

The Maruti Suzuki Jimny for India should be a new 5-door version, expected to debut in its Japanese home market this year. This will make it a rival to the Mahindra Thar and Force Gurkha.

An earlier leak from a Japanese publication had suggested that the 5-door Suzuki Jimny will be 3,850mm long, 1,645mm wide and 1,730mm tall. This makes it 300mm longer than the 3-door Jimny, although the width and height remain unchanged. All the added length has been to the wheelbase, which is now 2,550mm. It's expected that the Suzuki Jimny 5-door will get a new turbo-petrol engine option although for India, Maruti Suzuki may stick to the 1.5-litre K15C four-cylinder petrol. This mild hybrid petrol motor should put out 103PS and 135 Nm and pair with either a five-speed manual or a six-speed automatic. This fourth-gen Jimny continues with a ladder frame construction, sat on live axles at both ends, which will continue with the longer wheelbase version. There is the AllGrip Pro 4WD system with a low range transfer case as well as a brake-based limited-slip differential. A hill-hold and hill-descent function is also available. The Jimny in three-door form has a 27-degree approach, 28-degree ramp break-over and 48-degree departure angle. Ground clearance is 210mm.