Lamborghini has capped off its string of hardcore, limited-run models for 2020 with the Lamborghini SC20. The SC20 is the second such one-off project from Lamborghini's Squadra Corse motorsport arm after the SC18 Alston.

The customer commissioning the SC20 has been involved in its creation right from the initial drawings and Lamborghini's seems to have left nothing at the table in this car's development. The SC20's bespoke carbon-fibre bodywork has been polished and slicked down by hand, the focus being on optimising airflow for performance as well as undisturbed open-air driving. Seemingly derived from the Aventador, the SC20 is made far more dramatic by the absence of the roof or any windscreens and windows. Inspiration for the SC20 comes from past Lamborghini greats like the Diablo VT Roadster, Aventador J, Veneno Roadster and Concept S. 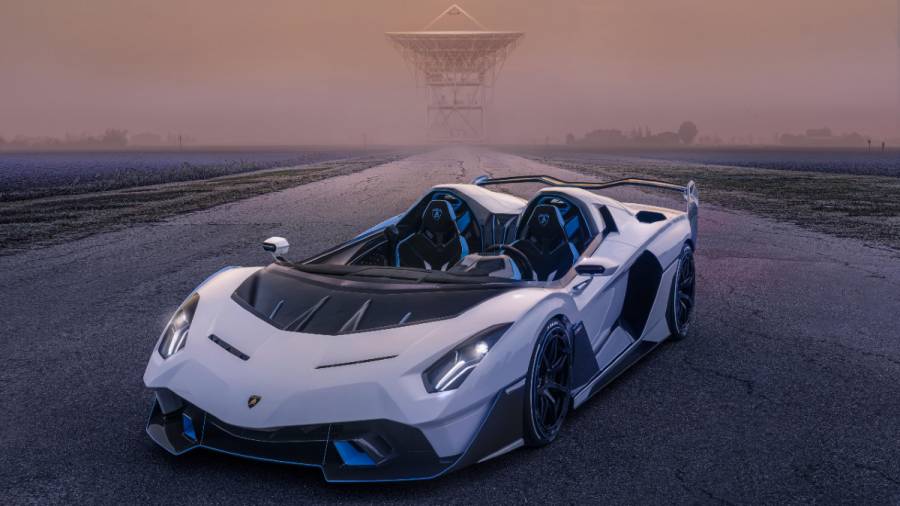 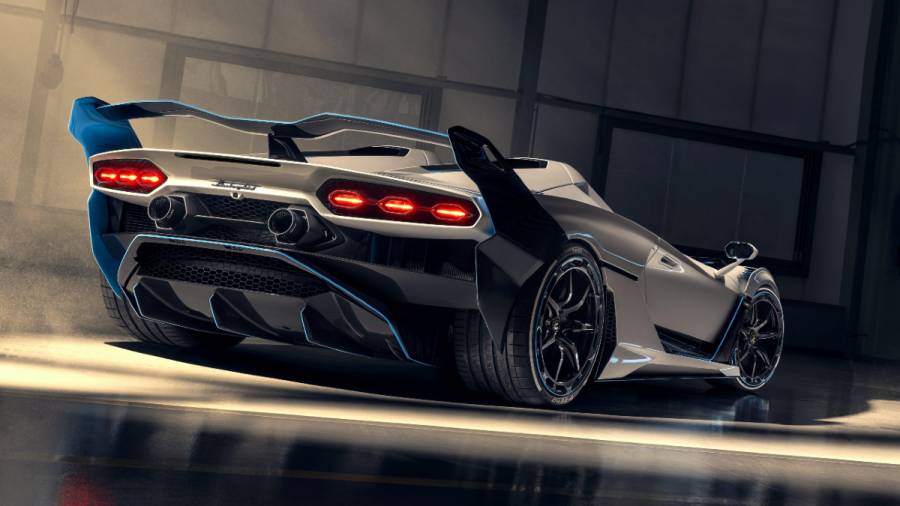 Notable developments here are more pronounced front splitter bounded by the two fins and the large ducts on the bonnet. These have been derived from the Huracán GT3 EVO while the stepped treatment to the sides with the deeper intakes come from the Essenza SCV12. The rear is quite typical of the newer crop of track-special Lamborghinis with a high-mounted twin-pipe exhaust, a large diffuser that tapers out of the car's bottom and a prominent carbon fibre wing that can be adjusted in three load settings. The Bianco Fu white base colour has been specifically developed for the SC20's customer, highlighted by the Blu Cepheus livery.

The SC20 is powered by the Sant'Agata 6.5-litre naturally aspirated V12 making 770PS at 8,500 rpm and 720 Nm at 6,750 rpm, same as the Aventador SVJ. This power is put to the ground via the seven-speed ISR gearbox and AWD. Performance numbers haven't been disclosed yet. 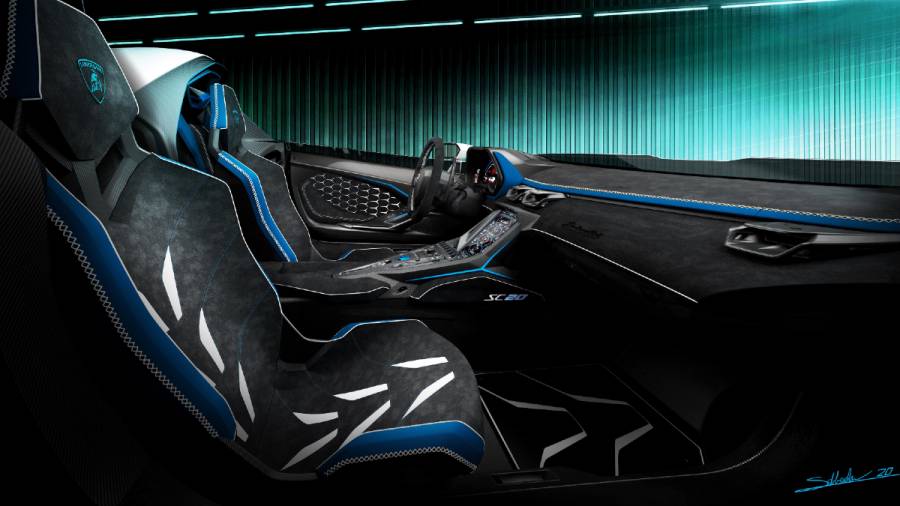 Unsurprisingly, the interior of the SC20 is completely bespoke too, trimmed almost entirely in carbon-fibre with the dashboard cover, rear wall, door panels, centre console and steering wheel trim finished in the lightweight materials. Neat touches on the inside are the 3D-printed air vents and door handles machined from solid aluminium. Carbon-fibre also makes its way to the seat frames, trimmed in Alcantara and leather. The Blu Cephus shade makes its way here too, along with Nero Cosmus black and Bianco Leda white.

The Lamborghini SC20's price hasn't been revealed yet.