The Honda City e:HEV strong hybrid, and incoming Toyota Urban Cruiser Hyryder Hybrid could really be THE antidote to the sharply rising fuel prices. Not to mention, an alternative to an electric vehicle which would otherwise be the sensible purchase to counter the cost of running an ICE-powered vehicle. Unfortunately, the charging infrastructure in the country isn't at the point where someone can buy an EV as their sole means of transport, without also inconveniencing themselves. Hence, the renewed interest in the strong hybrid. 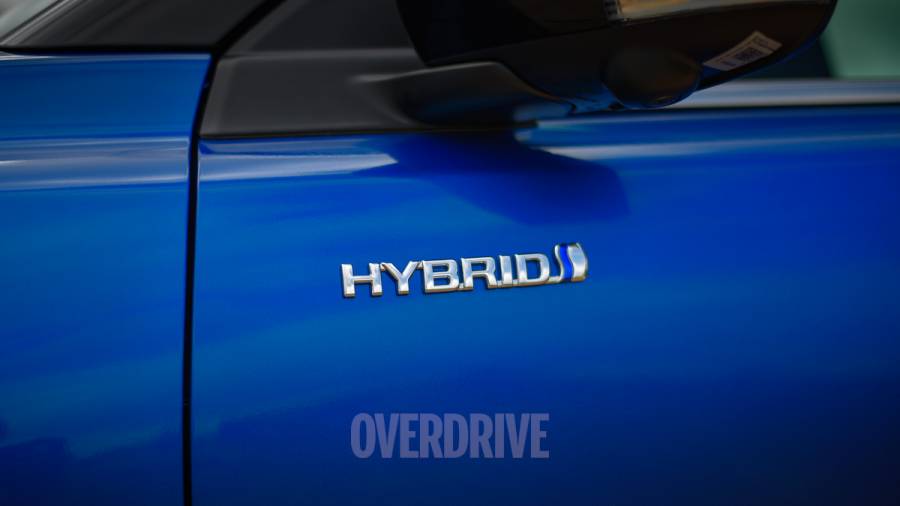 The formula in a parallel hybrid system is simple enough  supplement the power/torque of an ICE, while also extending its range with an electric motor and small battery pack that's charged by the engine itself. It's a great way for people to experience the benefits of an EV, with most strong hybrids running on pure electric power between 40-60 per cent of the time in regular city use. 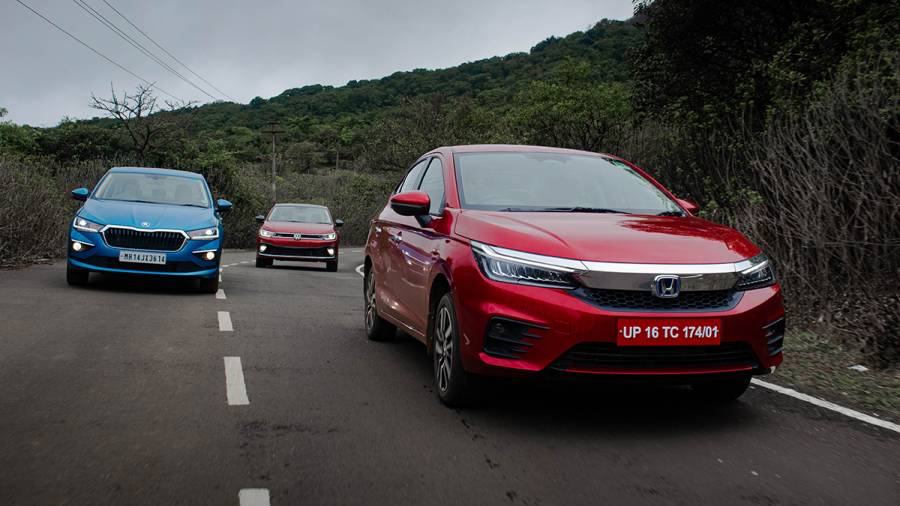 To better give you an understanding of the improvement in terms of efficiency, we'll try and lay down some background. In a recent group test between the Honda City e:HEV, Skoda Slavia and Volkswagen Virtus 1.5 DSG, the City pulled out a huge advantage in terms of real-world fuel efficiency, especially in the city cycle. We couldn't quite match the 26.5kmpl ARAI-certified figure of the City Hybrid, instead achieving 16.8kmpl in the city and 18.6kmpl on the highway. For comparison the non-hybrid City CVT achieved 13.5kmpl (city) and 19.3kmpl (highway), in slightly different test/weather conditions. It should be noted that we couldn't match the ARAI-rated 18.4kmpl for the Slavia 1.5 AT (tested at 11.6/16.5kmpl), nor the 18.7kmpl for the Virtus 1.5 AT either (tested 12.1/18.2kmpl).

The conclusion we can draw is that strong hybrid tech siginificantly helps out in fuel efficiency, especially in city use, where the electric motor can pitch in the most. But we also know that diesels are more fuel efficient to begin with.

So, why not a diesel strong hybrid? 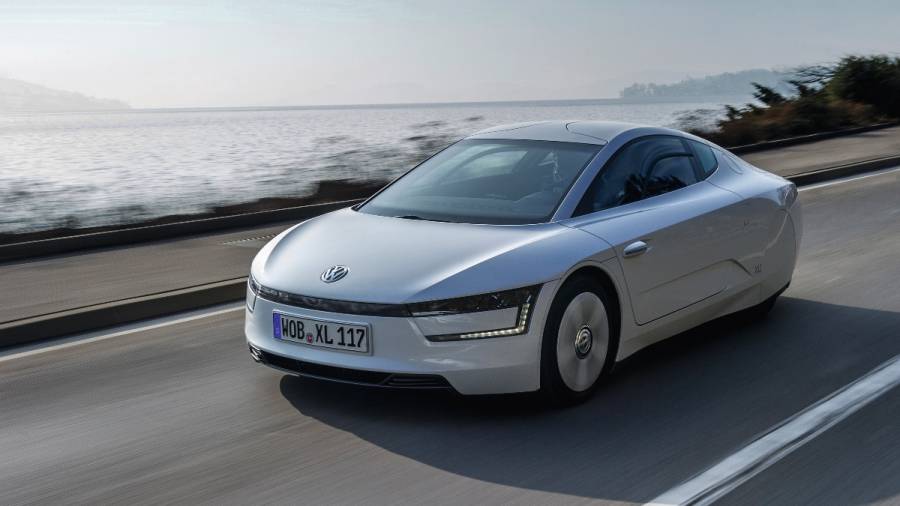 We get two sides of the answer from the same source ironically  Volkswagen. Much before Dieselgate, VW actually designed and engineered a plug-in diesel hybrid like no other. The final iteration sold was called the Volkswagen XL1, because it met Ferdinand Piech's engineering challenge of delivering 100kmpl!
It was powered by a twin-cylinder, 800cc TDI engine which made 47PS/121Nm torque, and an electric motor with 27PS/100Nm, driven by a 7-speed DSG. The XL1 was a limited-series production car (250 units) sold only in Europe between 2013-2016 with a price tag that rivalled high-performance sportscars of the time. Largely due to the extensive R&D that went into it, and the extensive use of expensive materials to keep weight down to under 800kg and help it achieve those impressive figures. VW lost money on each one, and while it showed promise it never graduated from being a lofty idea. 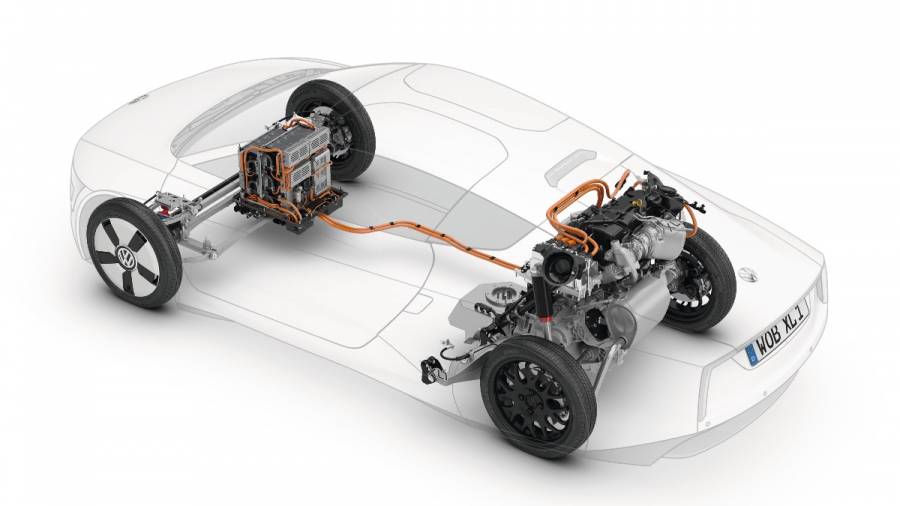 Unfortunately, Dieselgate did more than just demonise diesel for the VW Group. The bad rep diesel earned spread across the passenger car world, and tightening emissions norms didn't help either. While it is possible to keep diesels clean, in some cases cleaner than even turbo petrols, the equipment needed to do so made them heavier and more expensive than they already were. And diesels were already more expensive to produce than petrols, which only meant prices were driven further up.

This is one of the biggest reasons why diesel hybrids don't make a lot of economic sense, both from a manufacturer and a buyer's point of view. Adding a hybrid system to a diesel (already equipped to meet Euro 6 standards) would make it prohibitively more expensive and complex.

Secondly, most strong hybrids use petrol engines running the Atkinson cycle, which delivers its power and torque higher up but more efficiently than a traditional Otto cycle engine. It leaves the perfect gap for an electric motor with instant torque to fill. In a diesel, adding a hybrid system would result in a drivetrain with basically only low-end torque. That by itself sounds like a great thing for city driving. Except, the gearing would have to compensate to ensure it stays drivable, leaving such a powertrain with huge gaps in the gearing between making the most of that low down torque, and being able to remain efficient on longer highway journeys at speed.

Then there's the question of how much efficiency a hybrid system would add on top of an already efficient diesel engine, and if it would be worth it. In the case of the VW XL1, it achieved that magic 100kmpl of diesel figure by being a bespoke, highly aerodynamic car in addition its complex powertrain. If VW decided it wasn't worth it then, it'd much harder to achieve a unicorn figure like that with an SUV design that buyers are gravitating to now. In previous diesel hybrids, overall efficiency was similar to what petrol hybrids of the time were achieving. More worryingly, it was only a small increase over what frugal diesels were achieving, making it all seem a little pointless.

Diesel hybrids have been done before in Europe only 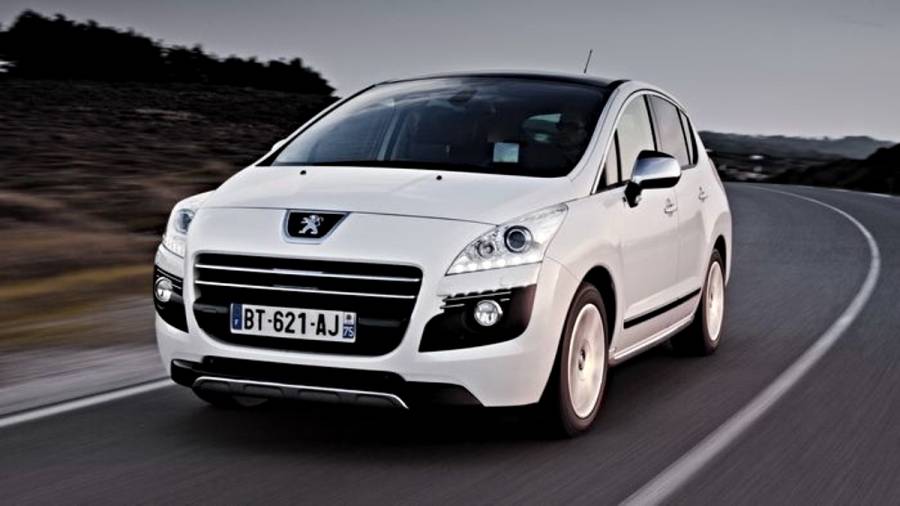 Notable cars of the diesel hybrid genre include the Mercedes-Benz E300 BlueTec, Peugeot 3008 Hybrid4 and Citroen DS5 Hybrid and that's about it. Low customer demand killed those cars and others using the technology pretty quick. And only the Mercedes worked as a parallel hybrid, the other two used the diesel engine to drive the front wheels and an electric motor to drive the rear wheels.

Peugeot can lay claim to having the world's first diesel hybrid here, launching the car as "the next chapter in automotive history" in 2011, before nixing it in 2016 due to its high cost, and low demand. Also remember, fuel prices were very different 5-7 years ago, and it's only recently that high fuel prices have forced many to reconsider their next ICE-vehicle purchase. 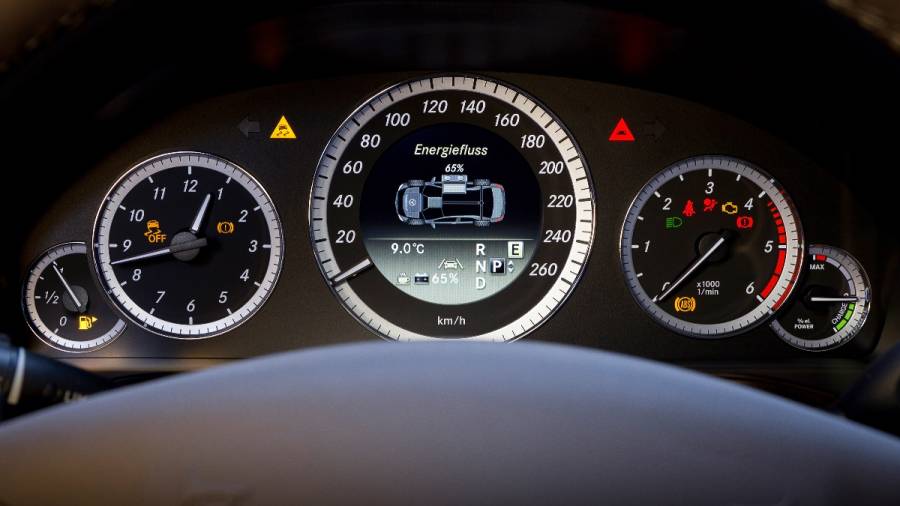 Now, logic dictates that using a low capacity diesel engine as a range extender would be the right way to go. Considering a diesel can be very efficient at low engine speeds, it could be used as a generator for the electric powertrain, in somewhat the same way the City e:HEV Hybrid operates. Except there's still the question of cost.
If diesel hybrids are so readily accepted in the world of long-haul cargo trucking and locomotives, can't the technology be adapted for use in passenger cars? We suppose the market is more ready for experimentation right now, and possibly more willing to accept a diesel hybrid-range extended type vehicle. There are even rumours that Toyota is working on a large capacity diesel hybrid for its larger SUV/MPV models internationally for 2023/24 but nothing has been confirmed so far.

In the larger scheme of things, unfortunately, the diesel hybrid seems to be forgotten in the rush to adopt EVs, given the looming deadlines on petrol/diesel engine's expiry date by 2030 in most countries. It really wouldn't be a stretch to say that the electric vehicle is the biggest reason why diesel hybrid development has been laid by the wayside, and consigned to the history books.