Porsche has announced it will supply the safety car for the FIA World Endurance Championship up until the 2020 season. The car in question will be its Porsche 911 Turbo which, in this application, will be largely similar to the road going car. The only changes will be a few race-specific modifications, such as a light bar on the roof, a radio for contacting the race director along with brakes and suspension optimised for the racetrack. The matte-black design with glossy red stripes on these cars is modelled on the Porsche emblem design of the factory race cars. 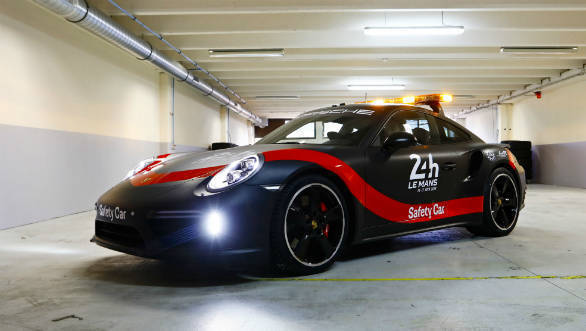 The 911 Turbo is powered by a mid-rear mounted 3.8 litre flat-six motor good for 540PS and 710Nm. The car has a top speed of 320 kmph and a 0-to-100 kmph time of 3.0s. Power is put down via a 7-speed PDK dual-clutch transmission. In WEC safety car guise, the 911 turbo will also come with 20-inch wheels shod with track-biased tires, full-shell racing seats with six-point harnesses for the driver and front passenger, a monitor to display track signals as well as flashing LED lights at the front and rear. 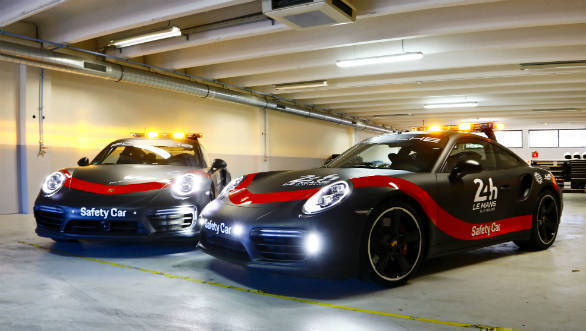 The 911 Turbo safety cars account for two of the 11 intervention vehicles that Porsche is providing to the FIA WEC over the next three years. Three other 911 Turbos will be stationed at  Le Mans as permanent vehicles while various Porsche models are being provided for motor racing medics and track safety personnel. 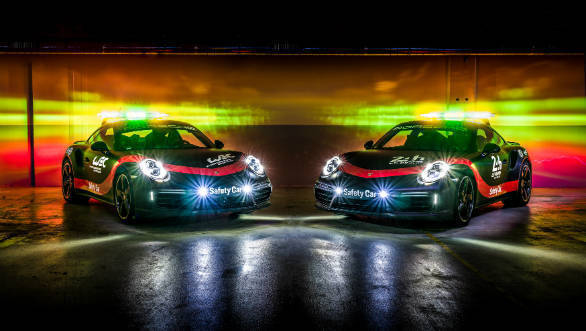 The 2018 season of the FIA World Endurance Championship begins with the Spa-Francorchamps event in Belgium on May 5. The highlight of the season, the 24 Hours of Le Mans, is set to take place at Circuit de la Sarthe in France on June 16-17. Porsche has had a long association with endurance racing since first starting out in 1951. It has 19 outright 24 Hours of Le Mans victories and has won both the manufacturer and drivers WEC championships consecutively for 3 years up to 2017, before pulling out of the top-flight LMP1 division in 2017 to prepare for a Formula E debut in 2019.