At the EICMA 2019, Husqvarna Motorcycles had unveiled the Norden 901 concept. A retro take on the booming adventure motorcycle segment, across the world. What got many enthusiasts excited is that Husqvarna had confirmed that the Norden 901 will get into production. And now leaked images of the production-spec motorcycle have surfaced, and it looks as promising as the concept. 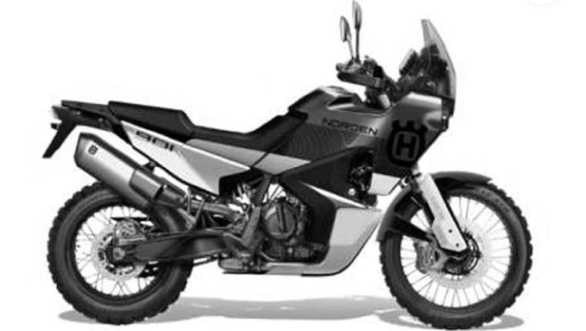 As seen from the low-resolution image, Husqvarna is retaining the simplistic neo-classic design with round headlight-foglight and a fairing design that forms one big assembly combined with the fuel tank. There are subtle updates done to the concept, which is purely to make it production worthy, without loosing on the retro-essence. Also a detailed look at the under belly section and one can notice the bash plate that can take care of the stones and other objects while riding on trails. The features list on the Husqvarna's Norden concept included smartphone connectivity, LED tail lamp and also mounts for panniers and knuckle guards. This will be powered by a parallel-twin liquid-cooled 900cc motor. 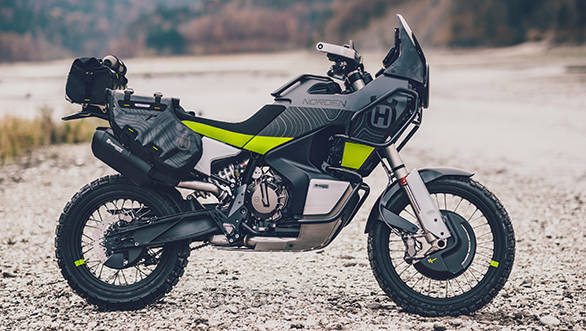