A spy image has emerged of what seems to be the production-spec Mahindra XUV700 completely revealed. The SUV is the new flagship for Mahindra and is set to debut in India later this year. The XUV700 is a three-row SUV expected to be offered in 6 and 7 seater variants and isn't a direct replacement for the XUV500. The XUV500 should return later for a separate two-row SUV after the launch of the XUV700. 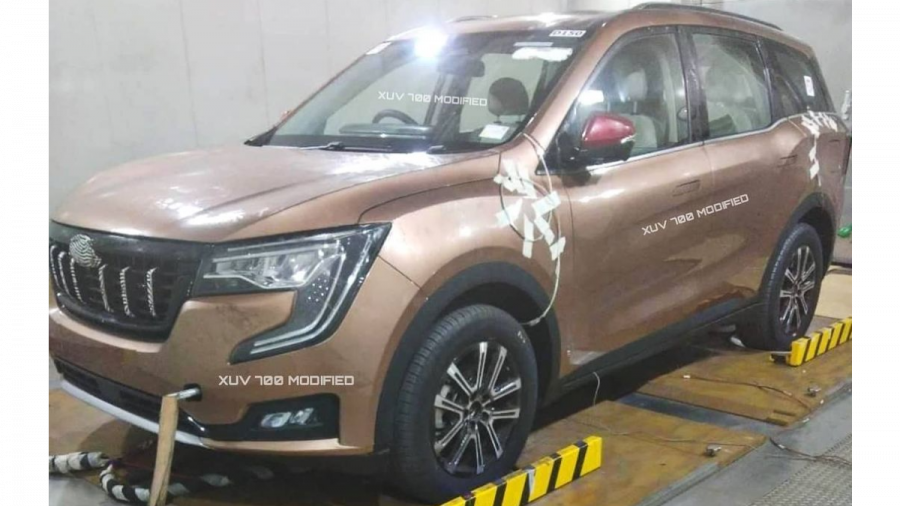 The images show that the Mahindra XUV700 takes from where the last XUV500 left off with many of the design themes carrying over to the new 7-seater. So there is a similar squarish grille with the vertical chrome highlights and an angular LED headlamp unit with a more exaggerated interpretation of the fanged extensions from the facelifted XUV500. The bodywork similarly flows with the prominent curves, including the distinct bulged bodywork below the window line, while the kink at the C-pillar continues here. The flush-fitted door handles are segment-first while there are what seems to be 18-inch alloy wheels. At the rear, the large angular theme for the lamps continues, again fully LED while the bulged mid-section adds a touch of contrast to the rear. There's some subtle silver cladding here too. 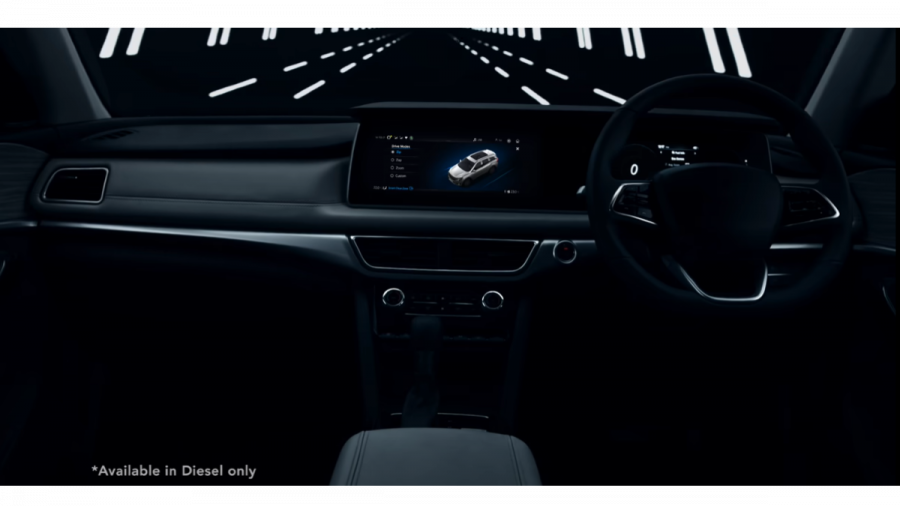 Following the exterior design leak, Mahindra has released quite a few more details about the Mahindra XUV700's interiors, including a fairly clear glimpse of the dashboard. The highlight here is the twin-screen layout quite reminiscent of a modern Mercedes. The driver gets a fully digital instrument cluster with the touchscreen unit running a new UI that Mahindra terms AdrenoX. This system integrated Alexa-based voice commands, a Sony 3D sound system and creatively named drive modes for the diesel-engined version. Already known are other features like the segment-largest panoramic sunroof, driver fatigue alert system, an air filter and personalised safety messages. Also revealed is the general layout of the dash which shows a wide central tunnel and a modern layered dashboard with what looks like significant patches of soft-touch materials and a new steering wheel design. Unlike earlier the layout seems quite conventional with straightforward climate controls below the low-set horizontal central airvents. This Mahindra XUV700 will be based on a new monocoque W601 architecture, which was also to be the base for a Ford SUV too until the deal fell through. The SUV is expected to get uprated versions of the engines that recently debuted on the Mahindra Thar. This means the 2.0-litre Stallion turbo-petrol with approximately 190PS and around 350 Nm and the 2.2-litre mHawk diesel with close to 190PS and over 400 Nm torque. Both engines should pair with a six-speed manual and a six-speed torque-converter auto. Mahindra has also confirmed the addition of an optional AWD system with the XUV700.

The Mahindra XUV700 will compete with the likes of the Tata Safari, MG Hector and the Hyundai Alcazar. The new SUV will be manufactured at Mahindra's Chakan facility. The XUV700 should be priced between Rs 15 to 23 lakh, ex-showroom.