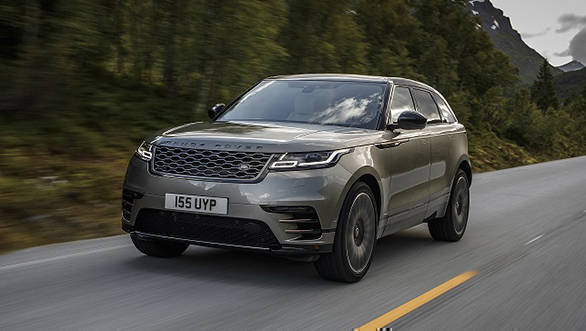 The Velar has been launched with three engine options: The 2.0-litre turbocharged diesel Ingenium motor with 180PS/430Nm, the 3.0-litre V6 diesel which puts out 300PS/700Nm with a claimed 0-100kmph time of 6.7s. The petrol variants will be powered by 2.0-litre four-cylinder motor that puts out 250PS/365Nm. Sadly though, the most powerful version of the lot, 3.0-litre supercharged V6 with an impressive 380PS/450Nm and a claimed 0-100kmph time of 5.3s has not been brought to India. All the motors are mated to Land Rover's 8-speed automatic unit. 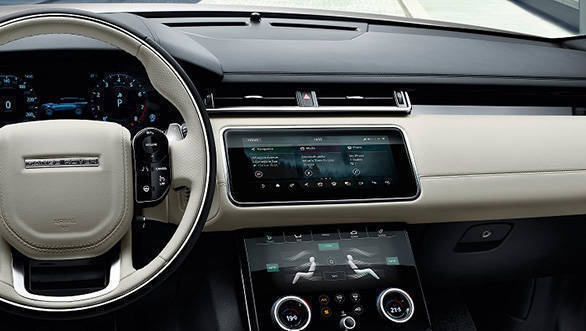 In terms of features, the Range Rover Velar gets the new Touch Pro Duo infotainment system. It features two 10-inch HD touchscreens, one on the dashboard and one just below it. The one on the top handles functions such as a navigation, media and phone menu. It is slightly curved and can be tilted through 30 degrees according to the driver's preference. The lower screen, meanwhile, handles functions like climate control and the terrain response system.

Here's a better look at the Range Rover Velar: