According to Renault India, the Kiger has produced 50,000 units at the company's Chennai assembly factory. In honour of the event, the Renault Kiger line now includes Stealth Black, a brand-new colour. 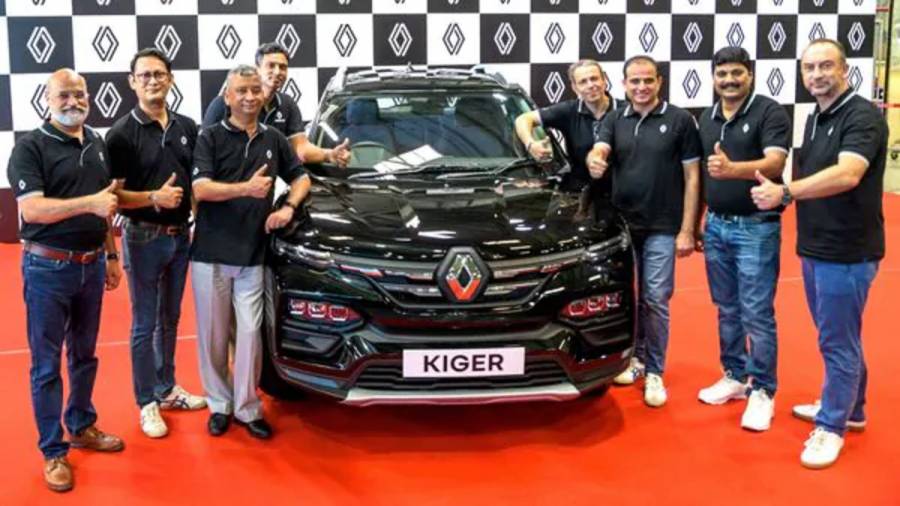 The third international vehicle, the Renault Kiger, was originally presented in India before going on sale elsewhere. Customers may now purchase the sub-four meter SUV in South Africa, Indonesia, the East African Region, Seychelles, Mauritius, Nepal, Bhutan, Bermuda and Brunei in addition to India, where it was first introduced.

Additionally, Stealth Black will be a new colour option for the Renault Kiger lineup, available on both engine choices for the RXT (0) and RXZ versions. The Renault Kiger range starts from Rs 6 lakh and rises all the way up to Rs 10.57 lakh.

Speaking on the occasion, Venkatram Mamillapalle, Country CEO and Managing Director, Renault India Operations, said, "Offering a strong value proposition in terms of distinctive design, smart features, leading safety, quality, and performance, the Renault Kiger has found widespread acceptance among its customers. It has proved its mettle in the most competitive compact SUV segment in India and the 50,000th production milestone, despite the pandemic and ongoing semiconductor crisis, is yet another testament to the success of the Renault Kiger in this challenging segment. This Sporty, Smart, and Stunning SUV is an important contributor to our progress in India and has been instrumental in placing India among Renault's top five global markets. We are confident that the Renault Kiger will continue to garner tremendous customer response and further bolster the brand's growth in India and overseas."