Rimac Automobili is working on a second-generation electric hypercar which will be unveiled at the 2018 Geneva Motor Show. This new electric hypercar will succeed the already bonkers Rimac Concept One electric hypercar which has taken on and destroyed the Porsche 918, Bugatti Veyron, and the Ferrari LaFerrari, among other hypercars, in standing-start drag races. Now, the second-gen Rimac hypercar has been teased with a silhouette of its profile. The styling on the new Rimac electric hypercar, from what we can tell, appears restrained but sleeker than the Rimac Concept One. Dimensionally, the new Rimac hypercar also appears smaller than the Concept One, which in the real world will mean better usability. Rimac has dropped this teaser image just weeks after Elon Musk unveiled the new Tesla Roadster 2 alongside the Tesla Semi and touted the new Roadster as potentially the fastest production car. 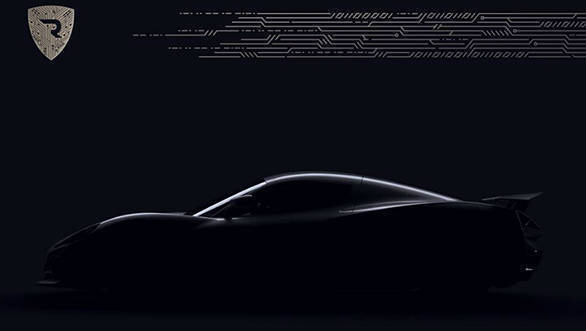 Rimac, meanwhile, has teased what could be a production prototype of its new-gen electric hypercar at the least. Small details such as door shut lines, visible mirrors give that away. The new Rimac hypercar also sports a rear wing, possibly for active aero, as well as a deep front splitter. The teaser comes on the back of the Croatian hypercar maker's tie-up with Camel Inc, Asia's largest battery maker and supplier, which means that this new model will also bring new electric tech with it.

While we all wait to see this giant killer fully revealed and in action, here is a video of some of the giants its predecessor has already slain in drag races: