In a move that was long-rumoured, Croatian EV hypercar maker Rimac has taken a controlling 55 per cent stake in hypercar-maker Bugatti to create Bugatti Rimac. The Volkswagen Group will continue with a minority 45 per cent stake in the brand through Porsche. No finances have changed hands with this deal.

This development marks a meteoric rise for Mate Rimac, who founded his eponymous venture 10 years ago with a modified BMW in a one-man garage. A new entity, the Rimac Group, has been created to facilitate this new company. The Rimac Group will consist of Bugatti Rimac as well as Rimac Technologies. Mate Rimac will continue to remain the largest shareholder of the new firm with a 37 per cent share of Rimac Group and will head Bugatti Rimac. The other major shareholders will be Porsche with a 24 per cent stake that translates into its 45 per cent stake in Bugatti Rimac, Hyundai with a 12 per cent share and other investors making up the remaining 27 per cent. Rimac's sizeable EV component business will be spun off into Rimac Technologies which will continue to be fully owned by the Rimac Group. 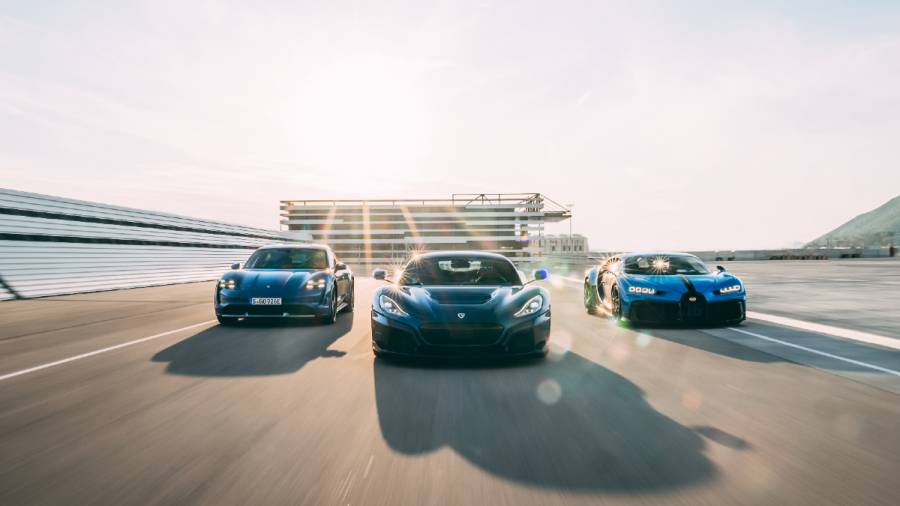 Bugatti and Rimac will both continue operations as separate brands, retaining existing production facilities and distribution channels. The companies will operate independently of each other currently, with Bugatti retaining its production facility at Molsheim and Rimac operating out of Zagreb. More synergies will be seen going forward with the Rimac Group handling joint development of products for both brands, which will also feature technologies it develops for other OEMs. Eventually, research and development of all future Bugatti and Rimac models will move to the recently announced Rimac Campus. This facility is set to open in 2023, spread across 25 acres and cost EUR 200 million.

This move could mean the end of the line for the quad-turbo W16 Bugattis of the Volkswagen era that started with the Bugatti Veyron and continues with the Bugatti Chiron, although no such announcements have been made. But with Rimac now the top name in the EV hypercar sphere with the Nevera, it seems highly likely that the firm's technologies will find their way into Bugattis of the future.