Skoda Kodiaq facelift to launch in India in January 2022

Skoda India is expected to launch the mid-life facelift for the Skoda Kodiaq in India in January. The three-row SUV should launch in India before the Skoda Slavia goes on sale and will now be a petrol-only offering. The facelift Skoda Kodiaq gets a sharper-looking face with the wide Skoda grille and the slimmer, more flowing headlamps and foglamps being the most noticeable change. The headlamps are available with Matrix LED technology globally although that feature is unlikely to be offered in India. The bonnet has been made more upright while there is now a new bumper with the wide full-width airdam. The side profile remains unchanged aside from a new set of alloys but the rear again has seen a refresh. Here there is a narrower, more angular LED tailamps design along with a new bumper design themed on the one in the front. A new spoiler round off the changes. 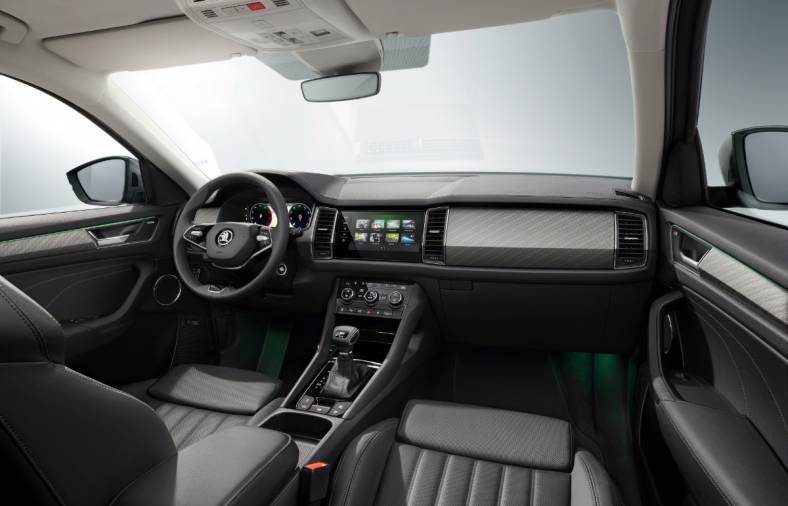 The Skoda Kodiaq facelift has seen a few notable changes on the inside. There is a two-spoke steering wheel now, as seen on the new Octavia, while the front seats have been upgraded to be more supportive. These are done up in new upholstery options and offer ventilated and massaging functions. The 10.15-inch updated digital instrument cluster is seen here as well as a 9.2-inch touchscreen with in-built connectivity and the Laura voice assistant. The Canton audio system has also been updated to a 12-speaker set-up. Other than this, features from the previous version like the panoramic sunroof, dual-zone climate control, 360-degree cameras and auto-parking are expected to be seen ninth new Kodiaq. 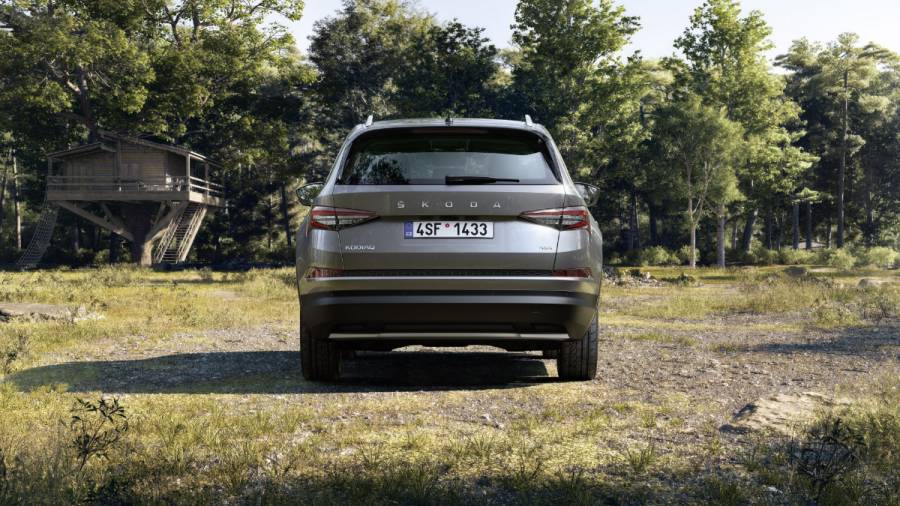 The 2.0-litre diesel from the previous version of the Skoda Kodiaq is set to be replaced with the EA888 2.0-litre turbo-petrol also fitted to the Skoda Superb and Octavia. This more makes 190PS and 320 Nm and is paired with a seven-speed DCT. All-wheel-drive will continue to be available as well as features like hill-descent control.

The Skoda Kodiaq is expected to be priced between Rs 34 to 36 lakh when it launches in India. It will compete with the likes of the Toyota Fortuner, MG Gloster as well as smaller luxury SUVs like the Mercedes-Benz GLA and BMW X1.