A new Tata Nexon SUV model, the XZ+ (L), has been introduced by Tata Motors, with a starting price of Rs 11.38 lakh (ex-showroom). The Nexon XZ+ (L) trim, which sits above the top-spec XZ+ model, is offered with both manual and automatic transmissions for both petrol and diesel engines. 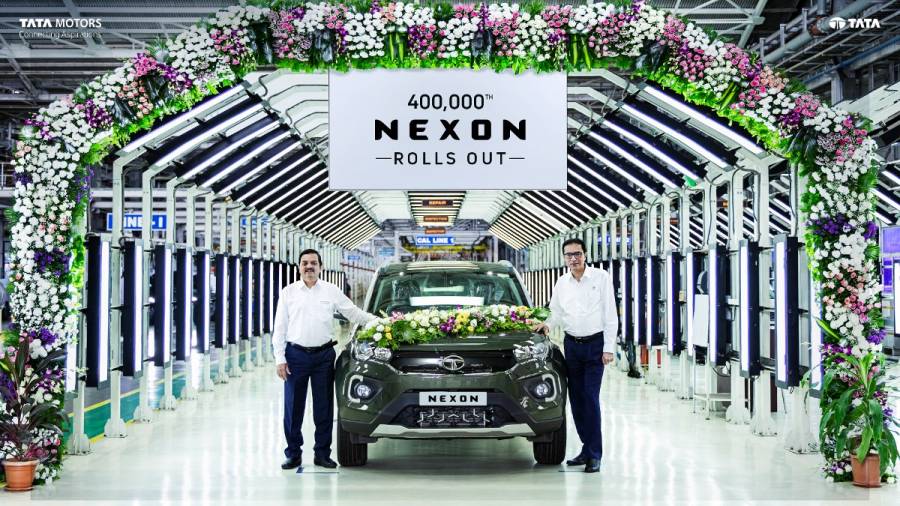 Today, Tata Motors also commemorates its 4 lakh Nexon unit that was produced at its Ranjangaon factory in Pune.

The Nexon now has a new variant that adds additional amenities including ventilated front seats with leatherette upholstery, a wireless charger, an auto-dimming IRVM, and more. Other than these, the Nexon is still available with options such a seven-inch touchscreen infotainment system, 16-inch alloy wheels, an electric sunroof, a cooled glovebox, rear air vents, and a digital instrument cluster because it is based on the top-spec edition.

A 120PS 1.2-liter turbo-petrol or a 110PS 1.5-litre diesel engine are both available for the Tata Nexon, and both may be mated to either a six-speed manual transmission or a six-speed AMT. Additionally, it is available with electric drivetrains, such as the Nexon EV Prime with 129 PS and a range of 312 km range and Nexon EV Max with 143PS and 437km range.

Tata Motors has further said that although the first lakh took one year and 10 months to roll out, the second lakh was completed in one year and 11 months. The following two lakh units, however, were shipped out in just 15 months.

The Tata Nexon range at present starts from Rs 7.59 lakh onwards for the XE variant.