A week ago Elon Must unveiled Tesla's latest creation, the Cybertruck. While it looks like something what you and I could've scribbled behind our notebooks, the Tesla Cybertruck is a premium all-electric pick-up truck that claims to offer better performance that any other pickup. And just to demonstrate that, the Tesla Cybertruck took on the Ford F-150 in a tug of war and also won it by a huge difference. This seemed controversial to many and that's Ford has officially challenged Tesla for an official tug of war match. Mentioning of controversies, the grand unveiling of the Tesla Cybertruck also made news for the shattering of its front and side window panel that is claimed to be an armoured unit. Musk highlighted the positive in this by stating, "It didn't go through. There's room for improvement"

While the deliveries of the Tesla Cybertruck have been promised to commence from 2022 onward, the creative kinds have already started imaging the Cybertruck in different versions. From a station wagon to a sedan to even imagining its Indian iteration.

The elite police force already boasts of exotics like the Lamborghini Aventador, Bugatti Veyron, Mercedes-AMG GT and others. The Tesla Cybertruck will be included next year confirmed Dubai police on their social handle. Imagine being chased by this one! 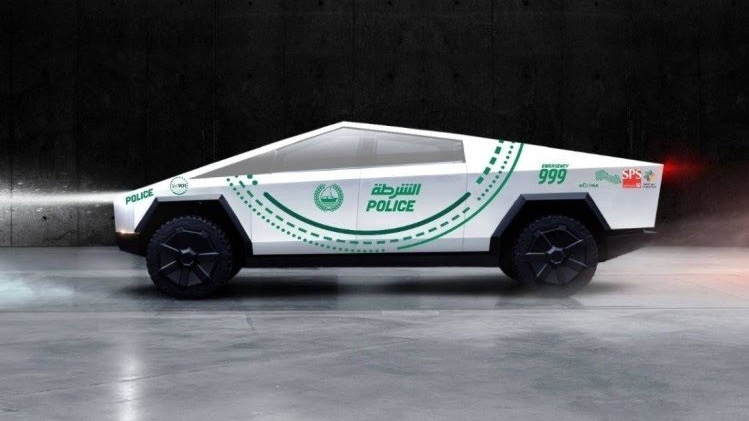 If camping is your thing, the hippie version of the Tesla Cybertruck should be your ideal road tripping vehicle. With a long range and a storage bed that can double up as a room, this cool camper is what you need. And yea that vinyls can be customised. This one looks to have taken some Indian inspiration. 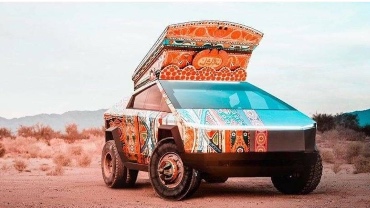 In its stock version, the Tesla Cybertruck looks a tad too simple and not to everyone's taste. But then the following mod will transform it into a lowered racer with all-terrain tyres and triple electric motor. 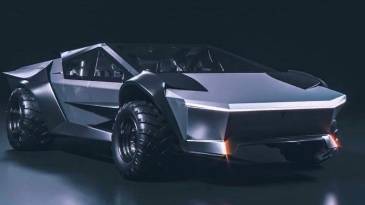 How cool is that now! A Batmobile that's electric and looks like that. And it comes in black too. Where can sign up for this? 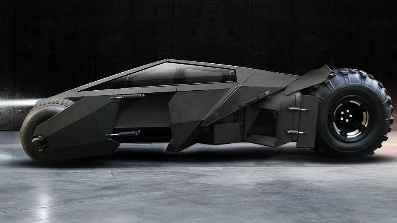 One for the comic fans of DC / Marvel movies. While this one doesn't get much of fancy lines (like the Batmobile), it does come with interesting colours. Agree/Disagree? 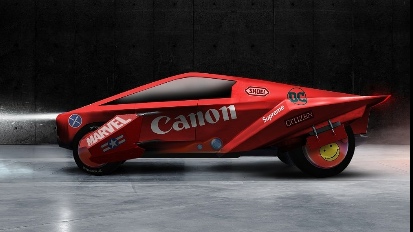 Imagine driving the Tesla Cybertruck in the dystopian Night City in the Cyberpunk 2077 video game that comes out next year. 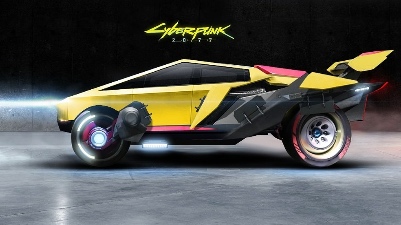 Elon Musk can fit a pair of rocket thrusters on the Tesla Cybertruck and we'll be flying in it. 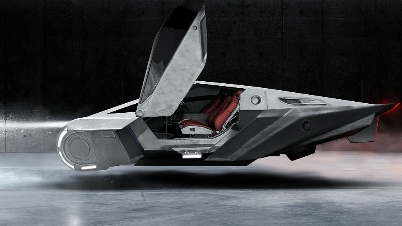 Time travel anyone? The Delorean inspired rendering of the Tesla Cybertruck should take you way ahead of time. 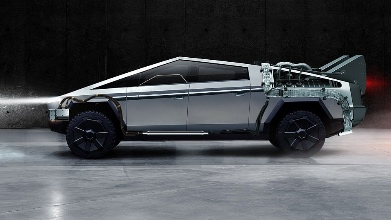 Fan of the classic Initial D anime series, the Tesla Cybertruck with triple electric motors should carve those corners in a nice way. Something that we need to see when the final production version comes out. 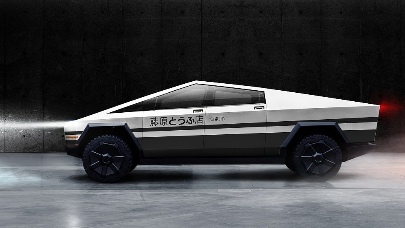 The attacker with guns and missiles. Your weapon of choice in Halo? 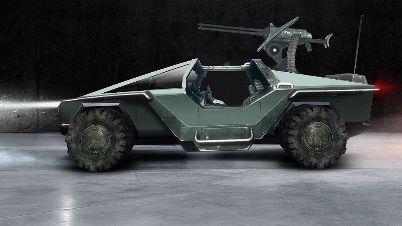