Toyota has trademarked the Toyota Innova Hycross nameplate for the Indian market, a leaked document has shown. This could point to the new generation of the Innova that Toyota is said to be working on but more interestingly, the Hy-prefix suggest that this change could also bring with it a hybrid powertrain option.

In our previous interactions with Toyota's representatives, during the launch of the Fortuner facelift, the firm did reveal that it will look to go the hybrid way in the following generations of its body-on-frame offerings. The company feels this drivetrain option offers the best balance between the robustness and pricing that is expected in this range of Toyota offerings, and will let the company meet future emission norms in the markets these vehicles are popular in. 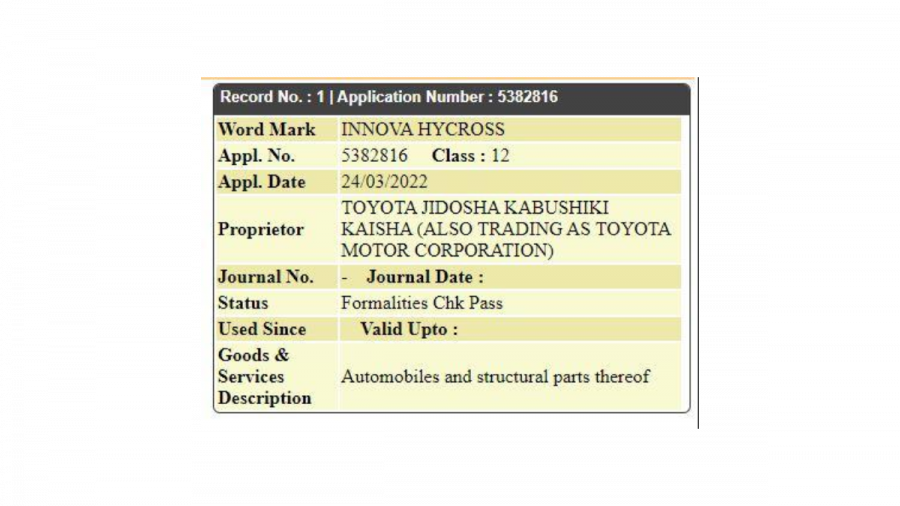 We suspect packaging an EV powertrain into the existing architecture could require significant re-engineering and raise developmental costs consequently. Globally, Toyota has introduced its e-TNGA EV architecture with Subaru but a low-cost iteration of this is set to be seen, especially one devised for body-on-frame models.

The next-generation Toyota Innova, codenamed the B560, is expected to be revealed internationally later in 2022. The popular MPV should make its Indian debut following that in early to mid 2023. The new Innova should see a significant refresh in terms of its styling, bringing it in line with Toyota's latest design themes. Similarly, there should be a heavily revised cabin too. There should be more tech on offer, larger screens and more features. Some improvements in packaging to free up more space could also be made. 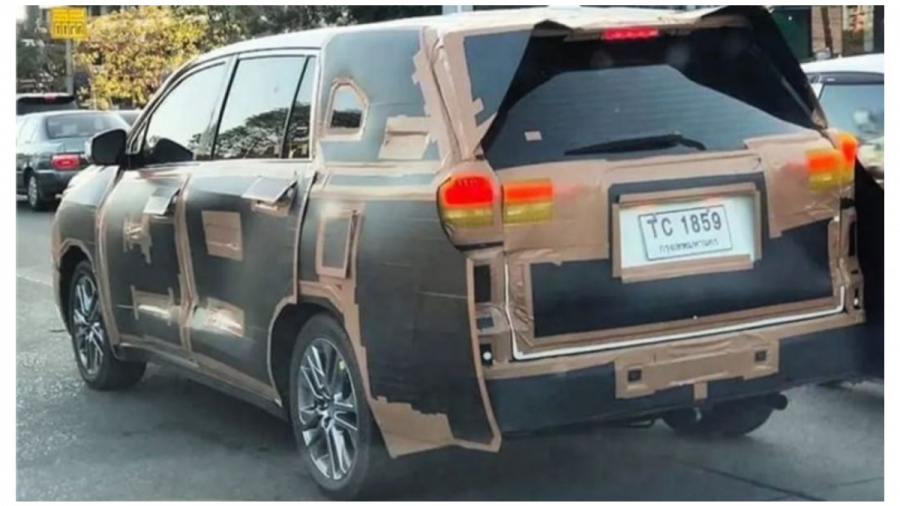 The upcoming Toyota Innova Hybrid could pair a 2.5-litre petrol motor with an electric motor and an e-CVT. The petrol and diesle engines should be carried over from the current version with minor enhancements. These are a 2.7-litre petrol that makes 166PS and 245 Nm and a 2.4-litre diesel that makes 150PS and 343 Nm with the five-speed manual or 360 Nm with the six-speed auto. The petrol engine is also available with the same gearbox choices.