Most of you know by now that Triumph is expanding its new 660 platform to at least three products. After the successful launch of the Trident, the next motorcycle in line is the Tiger Sport 660 and the Brit brand has now given us a complete low-down on what to expect. The only thing missing is the motorcycle itself, so read on to find everything you need to know about the Tiger Sport 660. 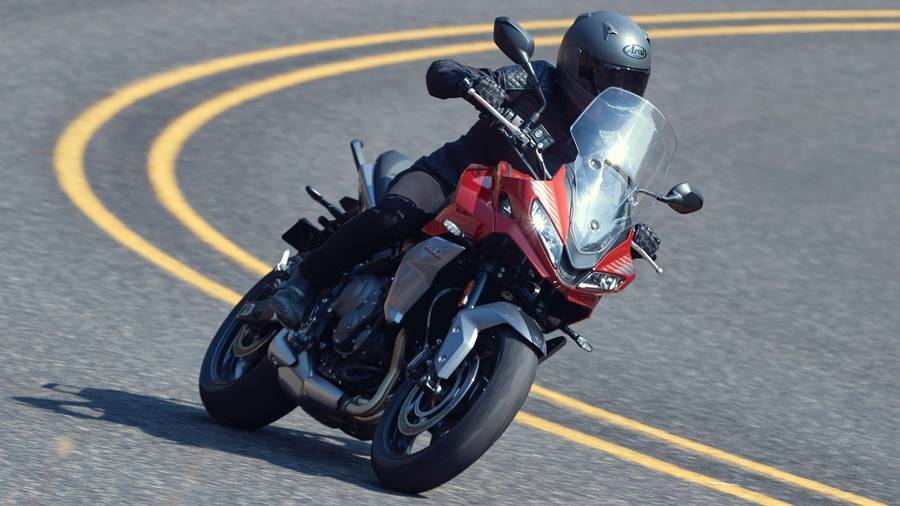 During our presentation, Triumph repeatedly mentioned that the Tiger Sport 660 is not made for the rough terrain or the green lanes and is a road-biased motorcycle like the Kawasaki Versys 650 that it will contend with. To that effect, it rides on the 17-inch wheels and Michelin Pilot Road 5 tyres similar to the Trident 660, which means that you would get more options for sticky tarmac rubber, but limited options for the slippery terrain. 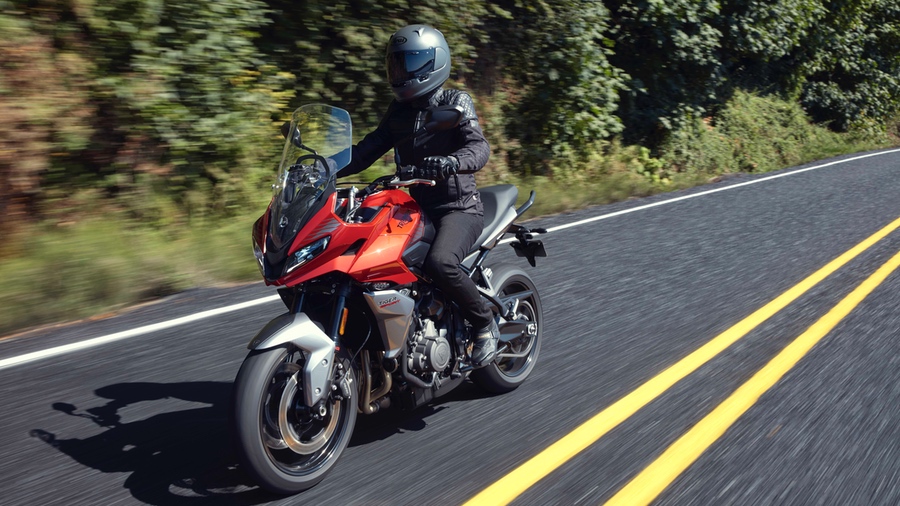 Key segment-firsts
That said, the Tiger Sport 660 will come with a segment-first switchable traction control system for the added safety net when touring on tricky road conditions like ours (and Britain's). It features ride-by-wire and with it come two riding modes - Road and Rain, with the latter dulling down the throttle response. The Tiger Sport 660 gets instrumentation that is pretty much similar to the Trident, but with a different casing to go with the sharp exterior styling. The instrumentation can be mated to the Triumph connectivity module for controlling your phone, helmet communication device and a GoPro action camera. The other segment first is, of course, the unique three-cylinder engine which promises Street Triple levels of enthusiasm and the enigmatic soundtrack that its rivals can't match. 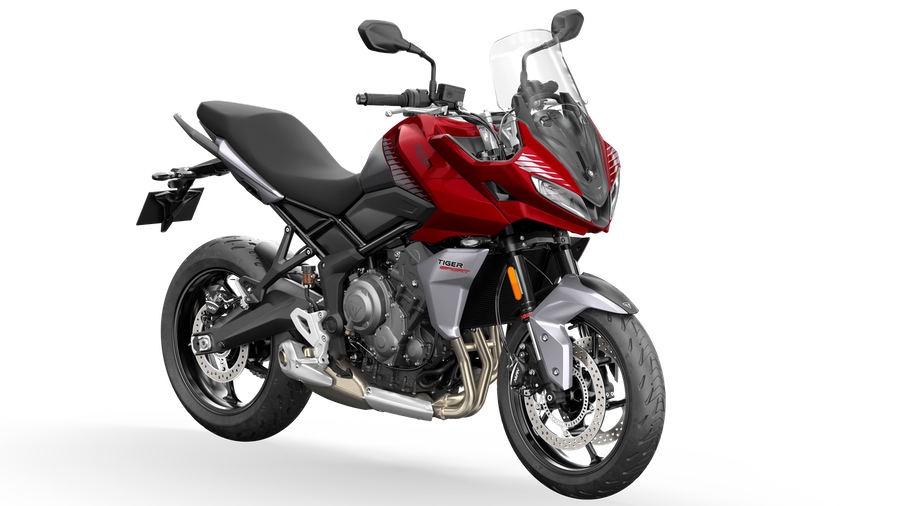 The numbers
The 660cc engine puts out the same power and torque - 81PS and 64Nm - at the same rev range and has output curves similar to the Trident 660. With more than 50Nm of torque available from as low a 3,600rpm, the Tiger Sport should theoretically pull effortlessly in most riding scenarios even with a pillion and luggage. Triumph even assures a class-leading top-end performance. More on that with a road test. The Tiger 660 has a lower power to weight ratio, because of the additional bodywork, a larger 17.2l tank and changes to the chassis amount to a 17kg increase in the wet weight. But Triumph claims that the Tiger Sport 660 still manages a slightly better fuel economy of 4.5l/100km, and therefore a touring range of 350km should be achievable. 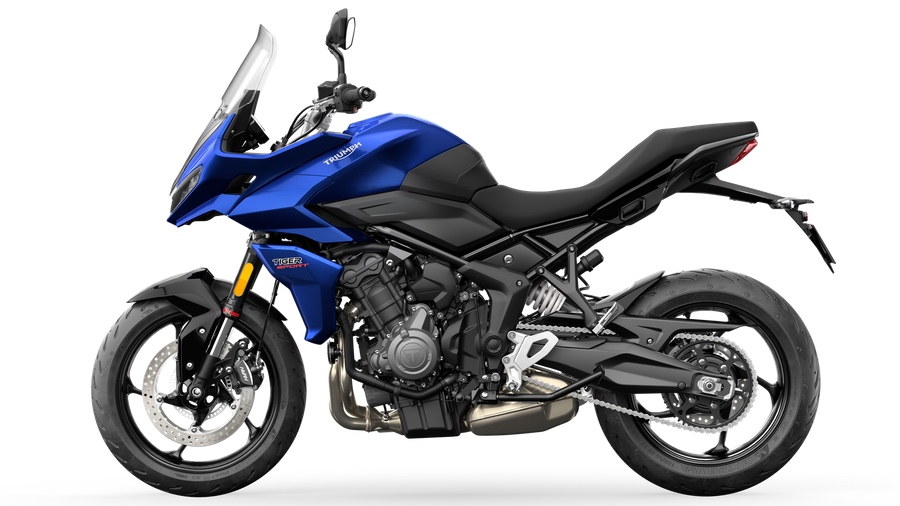 The chassis
The Tiger Sport 660 uses the same steel tubular frame as the Trident but has a different subframe that is designed to accommodate three-piece panniers along with a pillion for long hours. To that effect, Triumph has colour-matched polycarbonate luggage systems as a part of the accessory catalogue. The revised subframe houses a wider rear seat than the Trident, but the front seat is taller at 835mm. A low-seat option brings it down to 810mm, but it is still a tad taller than the Trident's 805mm saddle height. The 810-835mm seat height essentially gives the Tiger Sport 660 in the same ride height as the Tiger 850 Sport, so if you have been avoiding the latter purely for how tall its saddle sits or how heavy it feels, the 216kg Tiger Sport 660 isn't going to change much. 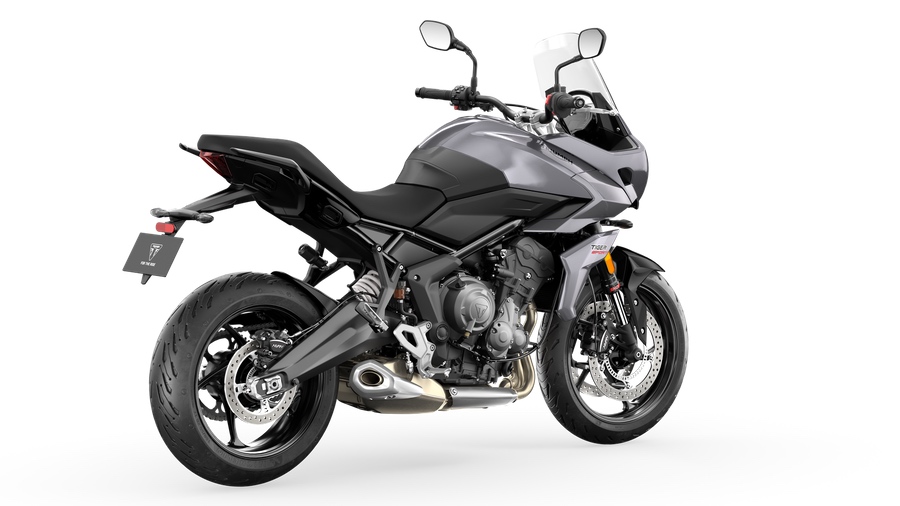 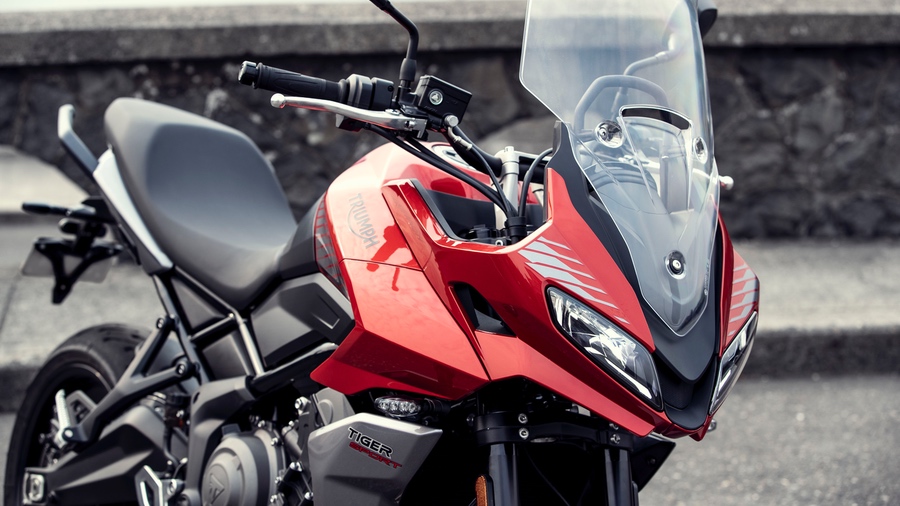 The styling
The Tiger Sport 660 has a unique design theme compared to other Triumph motorcycles, and while there are some hints of Yamaha and Aprilia in the design, the Tiger Sport does look far better than other motorcycles with a similar name in Triumph's portfolio. While the radiator shrouds are typical Tiger, the edgy fairing and the sleek headlights create an appearance that looks sharper than even the Daytona. The tall windscreen looks a bit much, especially at its highest setting. The side profile shows off the tall tank and establishes that this is indeed a tallish motorcycle. The tail has hints of the Trident's design to it and comes with dedicated recesses for Triumph's pannier system, which when added completes the look. How it interfaces with the compulsory saree guard on the India-spec bike, remains to be seen. 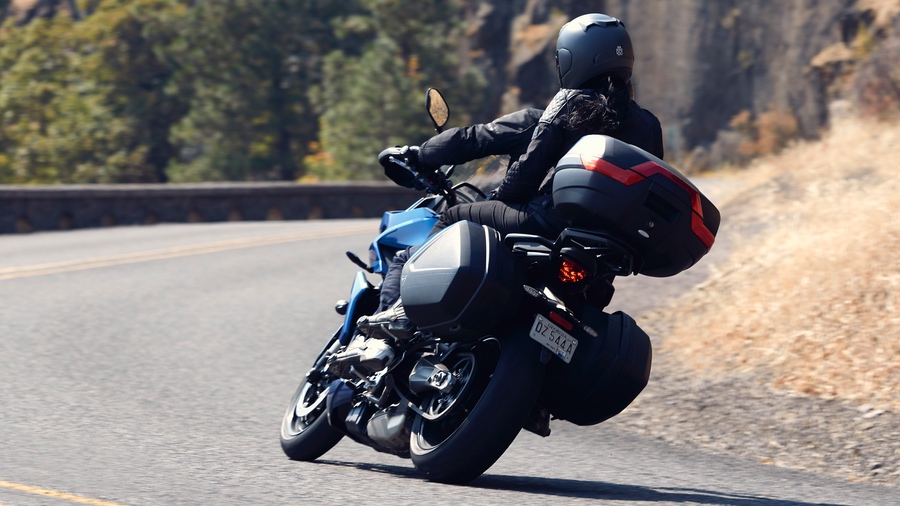 How much and when do we ride it?
Looking at the sticker price in the UK, the expected pricing of the Triumph Tiger Sport 660 is likely to be between Rs 8.25-8.5 lakh ex-showroom. That pricing should allow it to undercut the completion by a fair margin. Triumph also assures the lowest cost of ownership in the segment with longer service intervals and lower labour hours and costs. Like the Trident's chronology, the Tiger Sport 660 too has made its appearance before the festive season and our estimate is that it will land on Indian shores by late January or early February 2022.