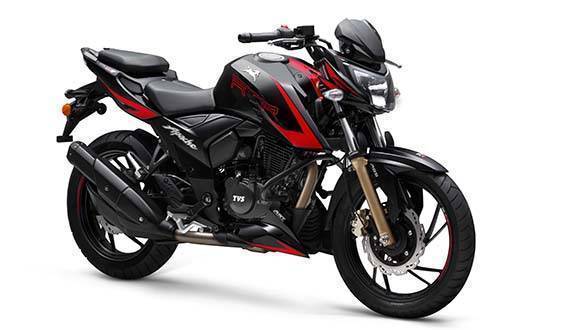 The features include Bluetooth connectivity via TVS' smartphone application available for both Android and iOS. With the help of the smartphone app, the user can sync the phone with Apache RTR 200 4V's onboard system and will have access to turn-by-turn navigation, lean angle and race/ride telemetry. In case of a crash, or when the system senses a fall, an alert is sent within 180 seconds to the emergency contacts along with the location. 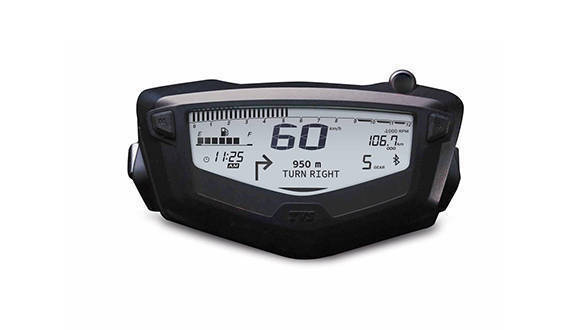 The turn-by-turn navigation uses the instrument display to navigate the rider. The lean angle sensor syncs with the gyro sensor in the user's phone to detect the angle of lean. The race/ride telemetry is the recorded data such as ride time, average speed, lean angle etc displayed at the end of every ride.

The system also has a low-fuel alert system that re-routes the GPS to the closest fuel station as soon as the motorcycle's fuel level hits reserve.

The connected features have made the motorcycle dearer by Rs 2,500 and the TVS Apache RTR 200 4V retails at Rs 1.14 lakh ex-showroom Delhi for the carburettor variant with dual-channel ABS. Mechanically, the motorcycle remains the same and is powered by a 200cc single-cylinder oil-cooled engine. The power is rated at 20.5PS for the carburettor variant. The engine comes mated to a five-speed gearbox.