There has been no disputing the Force Gurkha's capabilities off-road. But in its earlier iterations, the 4x4 has never been the obvious choice for the blue-blooded off-roading enthusiast. A lack of consumer awareness and a secondary focus on the rest of the package being the major culprits. An extended COVID19-induced wait later, the 2021 Force Gurkha has finally been let loose for us to have a go in, we'll try and see if the off-roader can stake a bigger claim this time around. 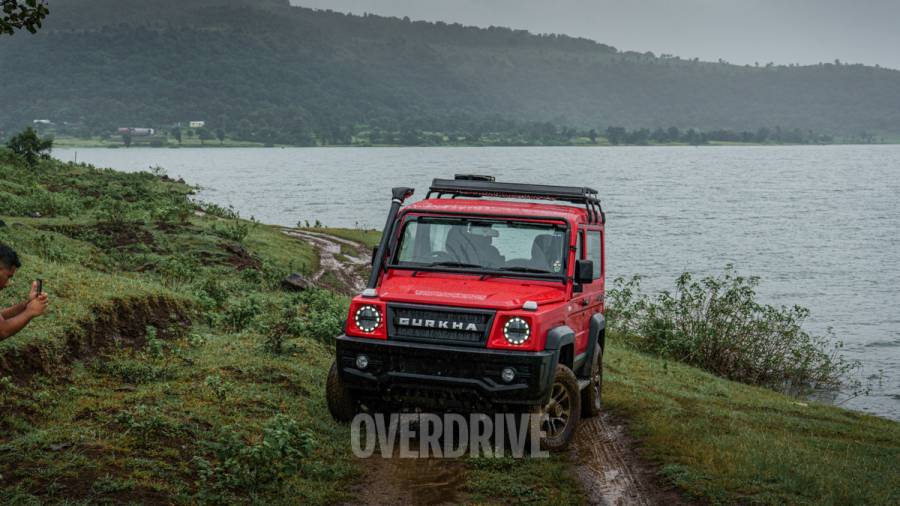 The looks might not suggest this, but the 2021 Force Gurkha is a new SUV from the ground up. It sits on Force Motors' new C in C ladder frame chassis which replaces the earlier tubular structure. The wheelbase remains the same 2,400mm as before but the 2021 Gurkha now has tracks 5mm wider at the front and 40mm at the rear. The body is new too with no panels being carried over, the 4x4 being 124mm longer and 8mm narrower. 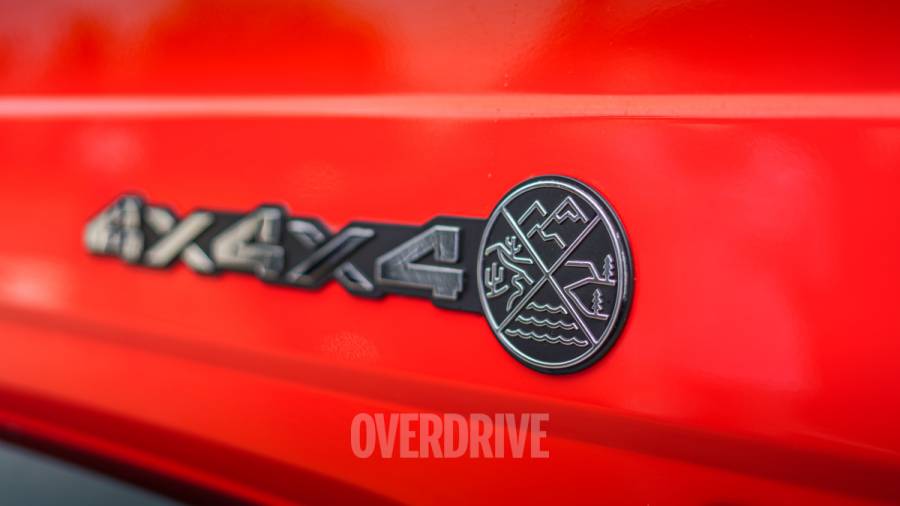 Look closer and you'll find that the Gurkha now wears a more rounded, contemporary look. The sharp edges have been softened but the most attention-grabbing details to the face are the prominent Gurkha lettering and the new all-LED headlamps with their deeper squared housings. Other than this the G-Class-inspired touches continue with the top-mounted indicators and the revised clamshell bonnet. The burly, open bumper with the functional scuff plates are another addition that shows this thing means business, as does the intake snorkel fitted as standard. This last addition lends the Gurkha a 700mm wading depth. 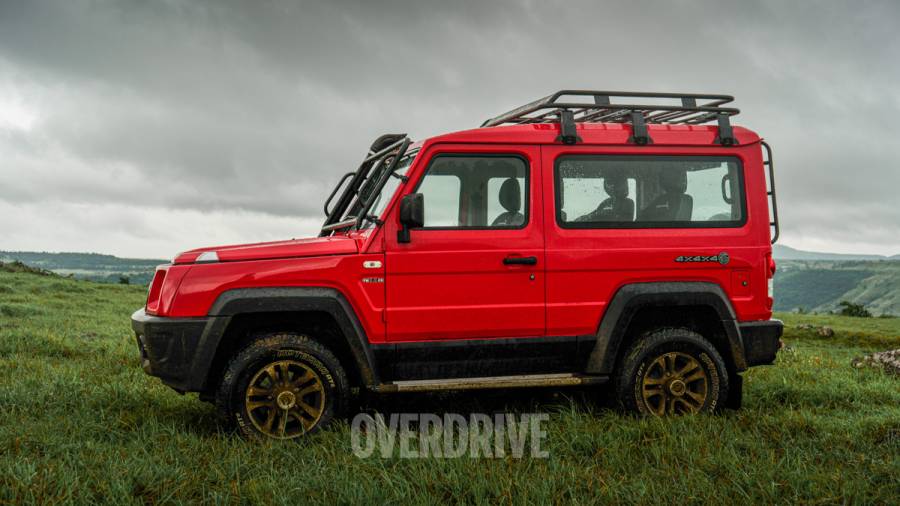 More apparent are the changes to the side profile. The ribbing along the body is more pronounced now and the large fixed glass pane now replaces the more utilitarian two-part sliding rear windows from earlier. You'll see the same evolutionary theme in the changes to the rear. The side-opening rear door is larger, with more glass area again, while you now have clear-lens vertical taillamps  integrated in the body. The chunky 16-inch alloy wheels and the solid metal roof-rack with the jerrycan will be optional extras, but we can't possibly imagine you would want to spec the Gurkha without them. 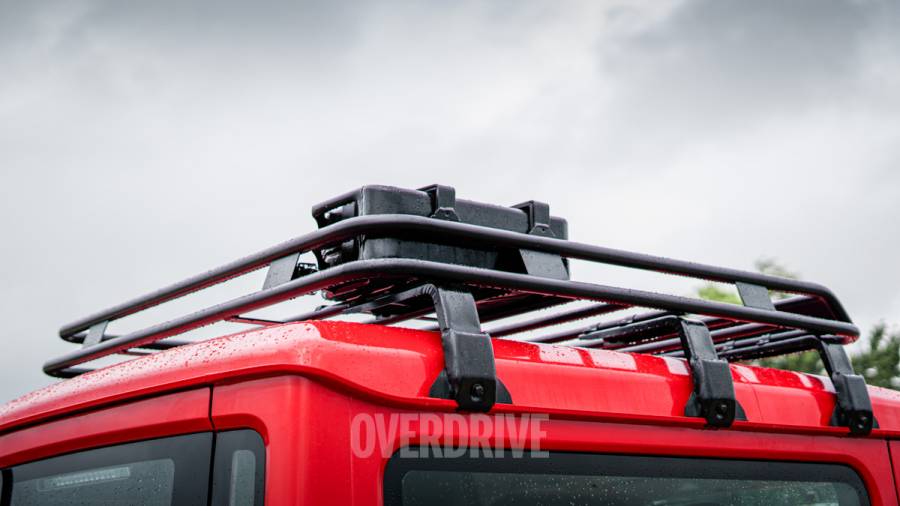 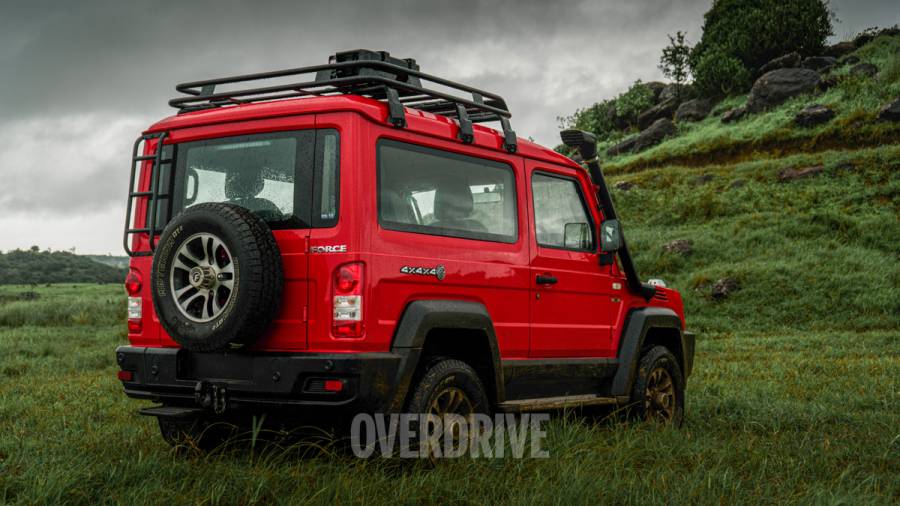 It's a job well done we think, the Gurkha looks more contemporary now without having lost any of its committed offroader vibe. The larger glass area has also cut down on some of the mass that would otherwise make the earlier version look a touch top-heavy. Add the bright palette of colours, and the Gurkha should be quite the head-turner out on the road. 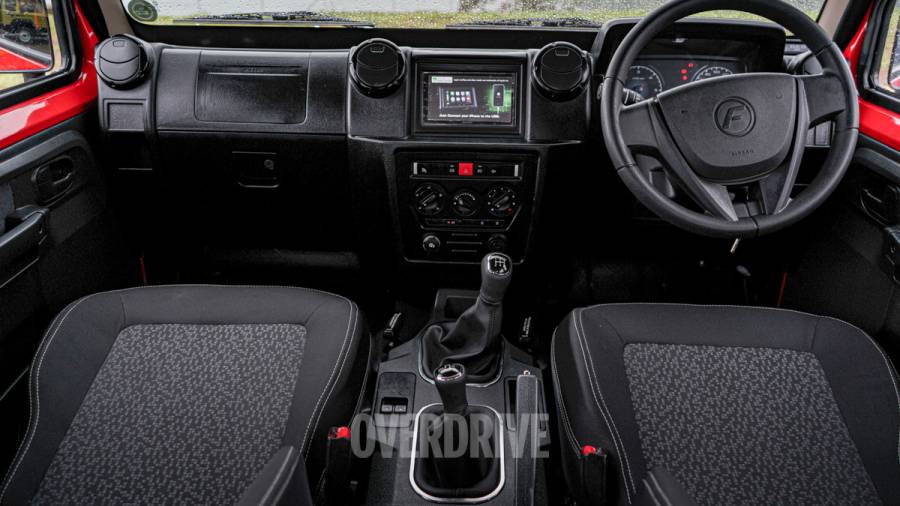 The changes made to the inside of the 2021 Force Gurkha are far more apparent. The almost tacked-on dash of the earlier version has been set aside for a far more car-like layout, although the sense of functionality remains intact. The instrument cluster is almost endearingly basic with simple analogue dials and a small digital readout for the odo, fuel and engine temperature gauges. The theme remains as blocky and hard-edged as before but there is a noticeable improvement in plastic quality. The circular air vents, steering-mounted stalks and switchgear feel more car-like than before while the bare central tunnel has been covered with a wide console with small storage spaces.

Those expecting an interior similar to a mainstream family SUV will still be disappointed though. Although advancements have been made in this regard, we did notice misaligned panels around the cabin while some of the switchgear could have been better damped. We were also hoping for a better-finished steering wheel and door cards. More appreciable is the significantly expanded list of features. The 7-inch touchscreen is an aftermarket Kenwood unit, and while it may not match other OEM-supplied systems in its layout and display quality, adds usable convenience to this otherwise specialized package with its Android Auto/Apple Carplay compatibility. Thoughtfully, there are four USB ports scattered around the cabin while expected creature comforts like power windows and speed-sensing door locks have been added. 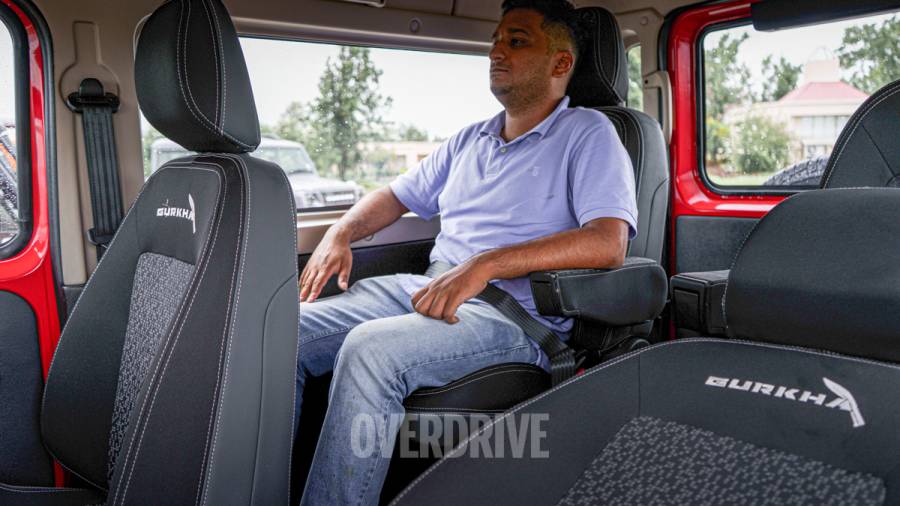 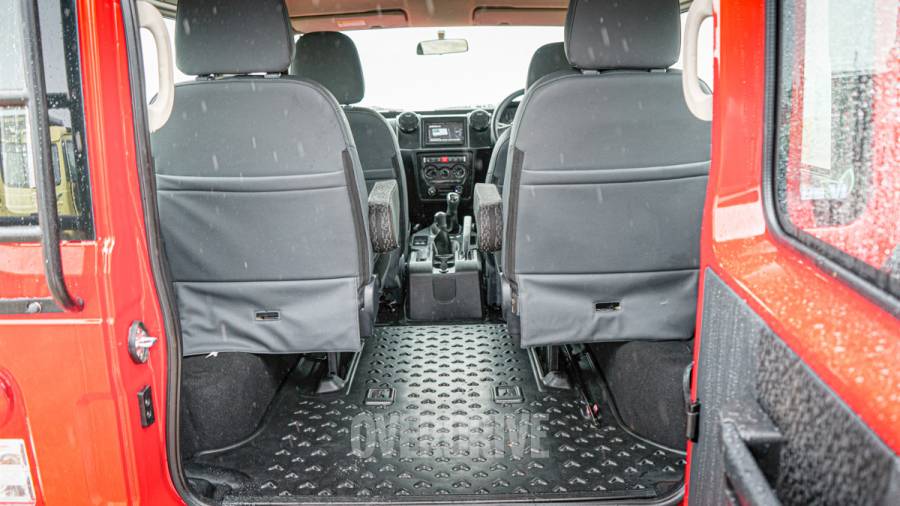 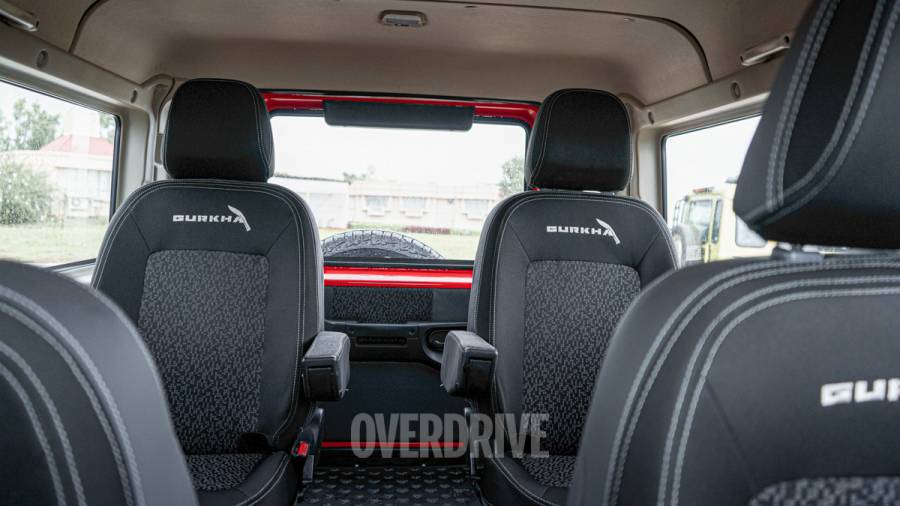 The new chassis has improved cabin space over the last Gurkha, which should give this tough SUV its biggest edge over the Thar. There is more room all-around for front passengers, helped by the new seats. These could do with a touch more under-thigh support but are well-bolstered to keep you in place over rough terrain, and should be comfortable enough over longer highway driving too. The same seats are offered in the second row, now in a front-facing configuration. With this layout, the Gurkha is a proper four-seater, with usable amounts of knee and headroom here. Uniquely, access to this row is via the rear door and the wide gangway between the rear seats. This requires some contorting but should work well enough for most needs. The large panel windows give you a great view out of this space, but that also means that passengers are secured by a lap belt. Rear passengers don't have any storage spaces but there is still a 500-litre luggage space behind the rear seats. 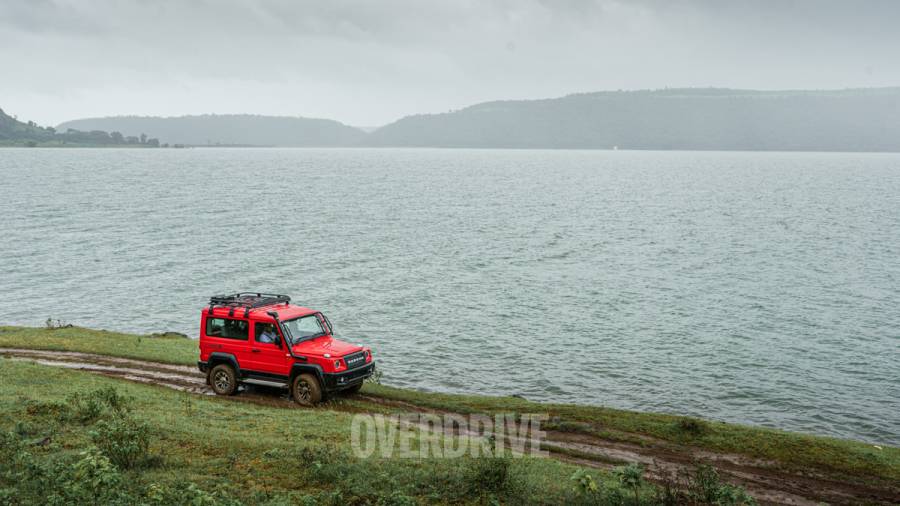 With the switch to BS6, the Force Gurkha is only available with the 2.6-litre four-cylinder turbo-diesel. While it's some way behind the 140PS of the Mercedes-derived 2.2-litre from the BS4 version, the 91PS and 250 Nm this engine offers is up to the job when the going gets rough. This is largely down to its unstressed nature, peak power comes at just over 3,000rpm while there is a sizable supply of torque from just above idle, the peak coming at 1,400 rpm. 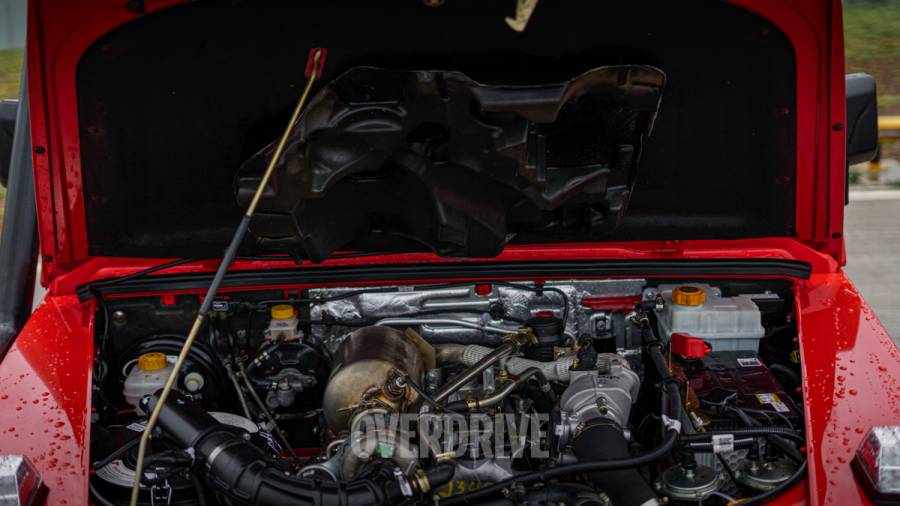 Impressively, Force Motors has managed to significantly improve this engine's NVH characteristics. There are piles of insulating material under the bonnet and in the firewall. So when in motion, noise levels inside the cabin are well controlled and there is little vibration to be felt through the steering wheel or gear shifter.

That doesn't mean the Gurkha has gone soft when asked to deal with tricky terrain. To start with, the towering seating position and large glasshouse mean you can easily place the Gurkha on trails, the entire bonnet visible and marked by the indicators. The added rigidity from the new structure has reduced sideways movements over undulating terrain. This is also helped by the revised suspension components, the heavy-duty independent front and live rigid rear axles continue here and offer similarly impressive articulation as before. The Gurkha will handle most trails in the dry just with these inclusions, the hardcore transfer case coming in handy in low-traction situations. The stock AT tyres offer a nice balance between on-road comfort and off-road grip, although the optional mud-terrain tyres are still your best bet if you regularly want to push your Gurkha's limits. 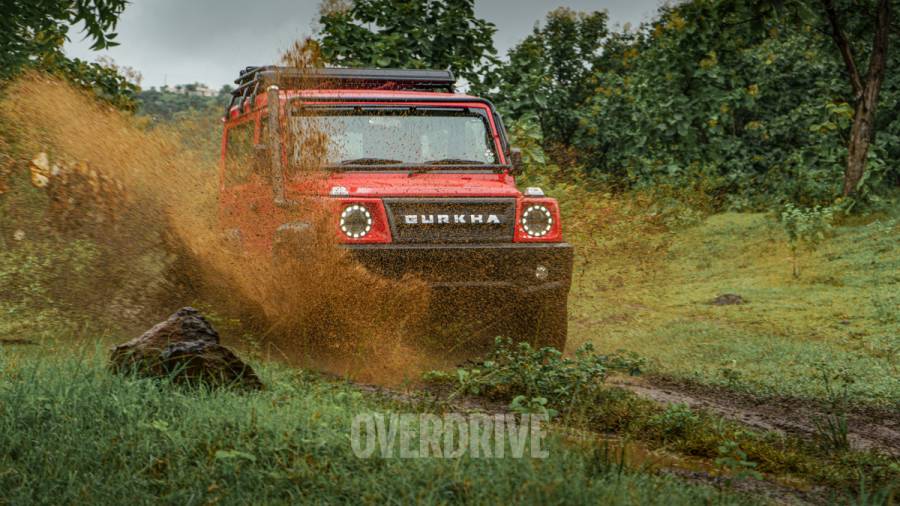 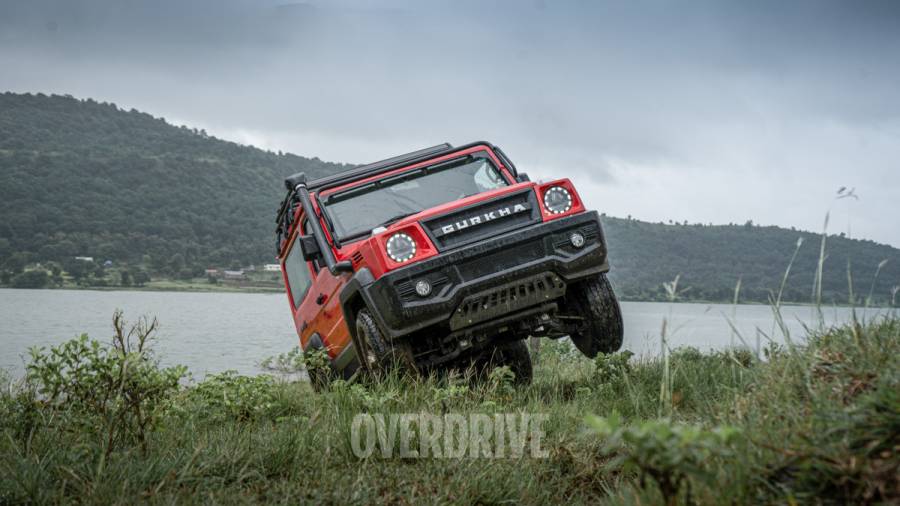 We only needed to switch to the 4H mode when the steady rains turned our trails quite slushy, after which the Gurkha was at ease here as anywhere else. The 4-Low mode for the transfer case was fully put to the test on a fairly challenging 30-degree incline up a hill. This slippery and rocky trail with its tight hairpins will test most hardened 4x4s but the Gurkha's low ratio transfer case offers up enough torque to crawl up this track steadily and confidently. In fact, there's enough pull to coral up this terrain without any input to the pedals. We only wish kickback from the hydraulic steering was a bit better controlled in these circumstances. 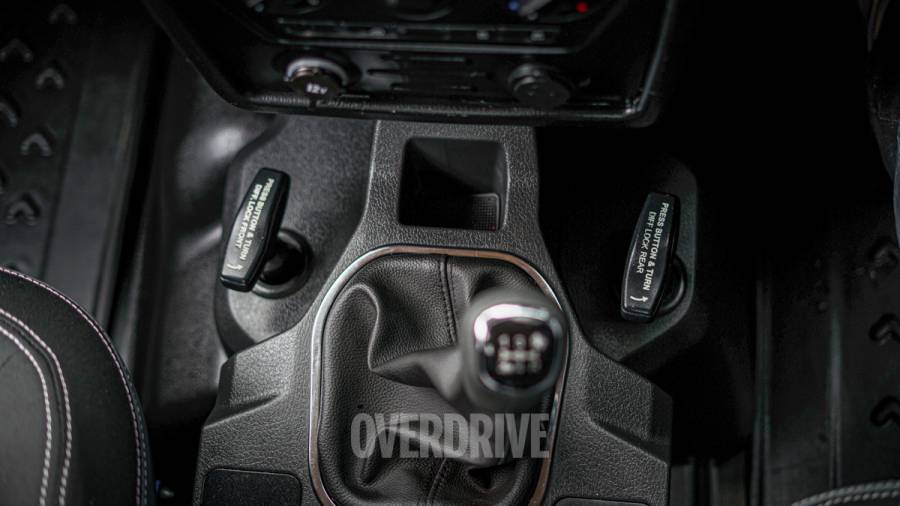 While we didn't find ourselves in a situation to test this, the Gurkha's front and rear axle locking differentials will come in handy when you need to rescue yourself from an especially sticky situation where up to three wheels have run out of traction. 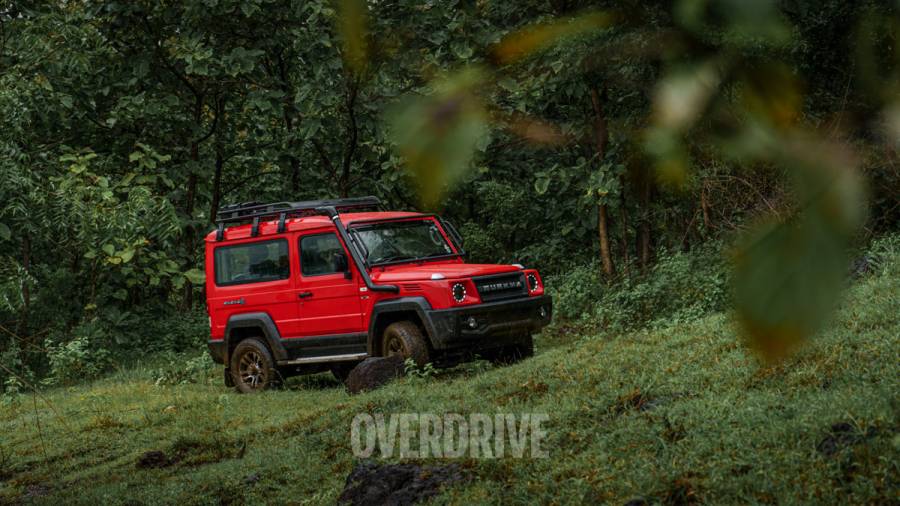 This over-engineered set-up helps the 2021 Gurkha on tarmac too. We couldn't test the 4x4's demeanour at highway speeds, but did notice that regular potholes and road imperfections all but disappear under the Force, with the fairly sophisticated multi-link springs on the rear axle. The typical ladder frame jiggle is well controlled at middling speeds and the 4x4 feels stable and secure at each end as it moves along the road. The easily accessible power band offers up enough grunt to maintain steady speeds, although the light clutch and reasonably precise gearshifts don't make  shifts especially painful either.There is body roll, as you would expect, but we were also hoping for more progressively weighted steering. 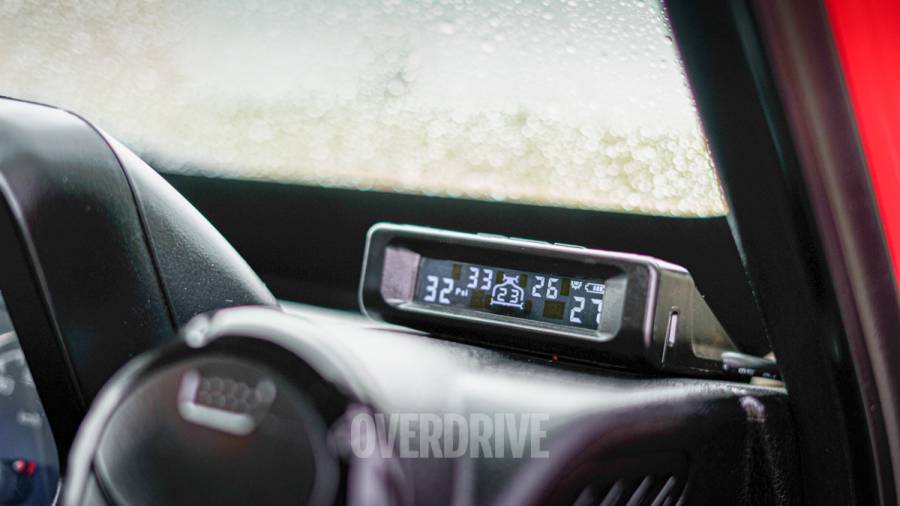 The Force Gurkha now comes with some added safety tech. Aside from the mandated dual airbags, ABS and EBD, rear parking sensors, you also get a TPMS system. There are also ISOFIX mounts for all three passenger seats. More intangibly, the body feels vault-like with the thick sheet metal. There's even a G-Class-like metallic thunk to the doors when you shut them. 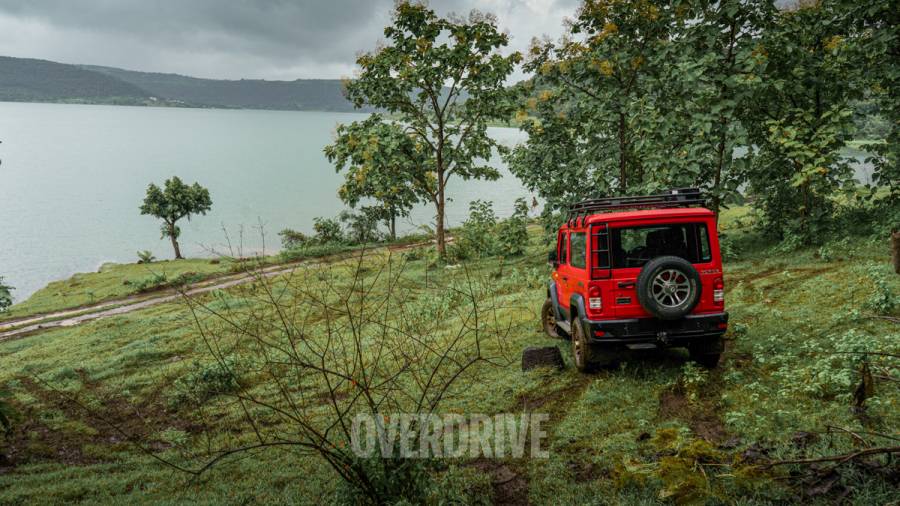 The Force Gurkha was always the 4x4 of choice if off-road prowess was your only criteria. The new version keeps this USP intact but widens the Gurkha's appeal further with a far more liveable cabin and on-road manners. A few rough edges remain in terms of fit and finish and steering feel but with Force Motors now offering a more focused suite of sales and service initiatives for Gurkha owners, the Gurkha should now appeal to a larger section of buyers who were previously put off by the compromises the ownership experience demanded. Prices haven't been announced yet but we expect it to be around Rs 13 to 14 lakh for the top-spec version seen here.

26 May 2022
View All Videos
Advertisement