From its launch in mid-2018 to now, the second-gen Honda Amaze has soldiered on unchanged, except for price revisions with its BSVI versions. The cosmetic facelift couldn't have come sooner to help it keep up with the Maruti Suzuki Dzire, the undisputed leader in the segment with sales nearly tripling that of the Honda and its closest rival, the Hyundai Aura, and which was itself updated last year. While there wasn't anything fundamentally wrong with the powertrain options - a 1.2-litre petrol offered with a 5-speed manual gearbox or a CVT, and a 1.5-litre diesel engine with similar gearbox options - one does wonder if Honda could've done more. 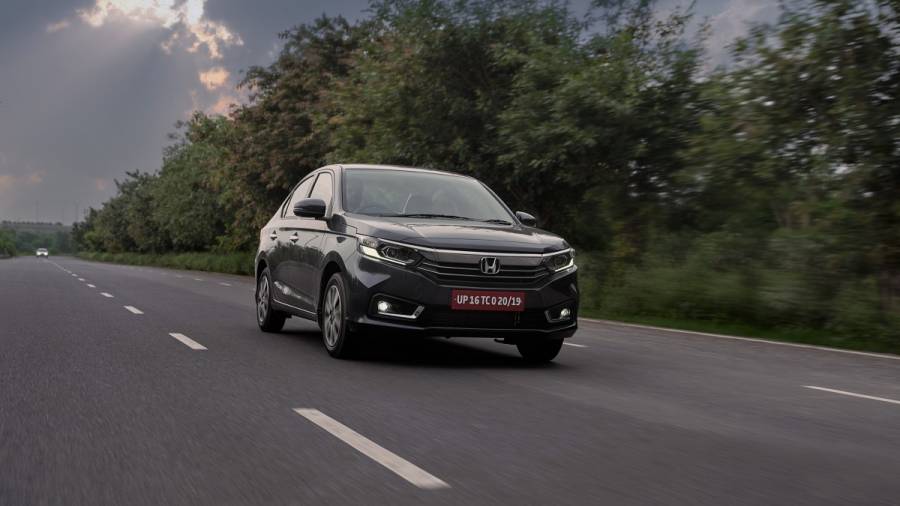 While the sheetmetal of the Amaze hasn't changed, the fascia looks a wee bit more modern Honda and more substantial as a result of the revised headlights with LED projectors, LED daytime running lights, a narrower chrome bar grille, with thin chrome strips under them to complement the look. It also lessens the somewhat heavy-browed look of the pre-facelift Amaze. A slightly reprofiled front bumper with more detailing around the fog lamp cutouts completes the changes at the front, while 15-inch alloy wheels with machined faces again go towards giving the Amaze the larger-Honda look (as well as the chrome door handles, if that's your thing). 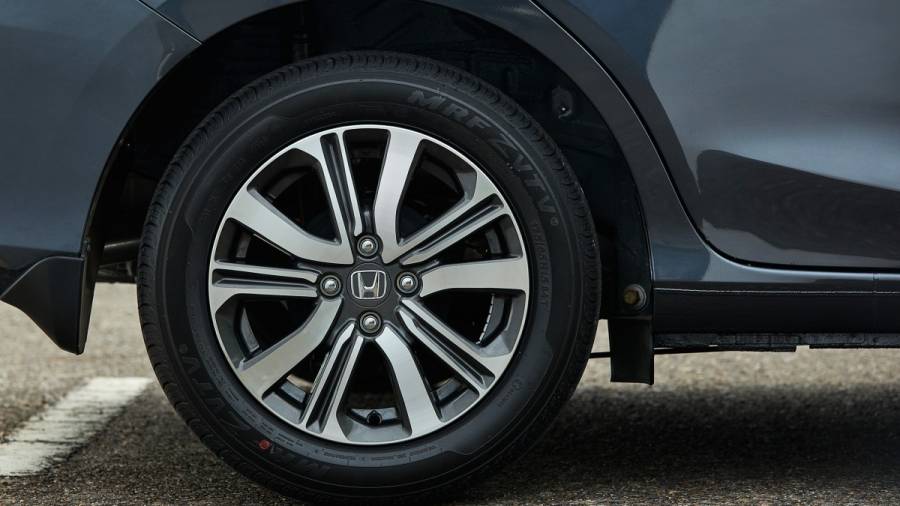 Fitting, the wheel design appears borrowed from the outgoing City. The changes at the rear are limited to a redesigned tail light cluster with C-shaped LED lighting elements, and a chrome strip running the length of the lower bumper, with the tail pipe jutting out at a jaunty angle. Honda also claim additional NVH damping on the inside of the boot lid. 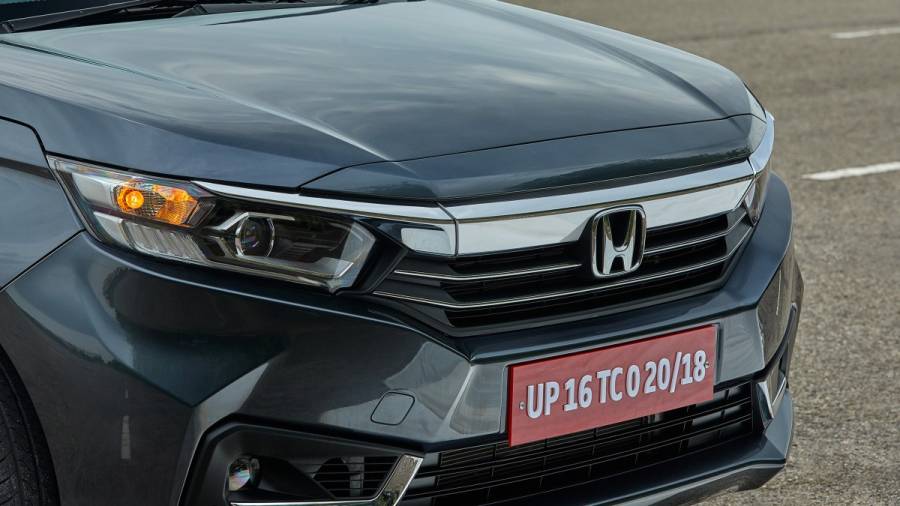 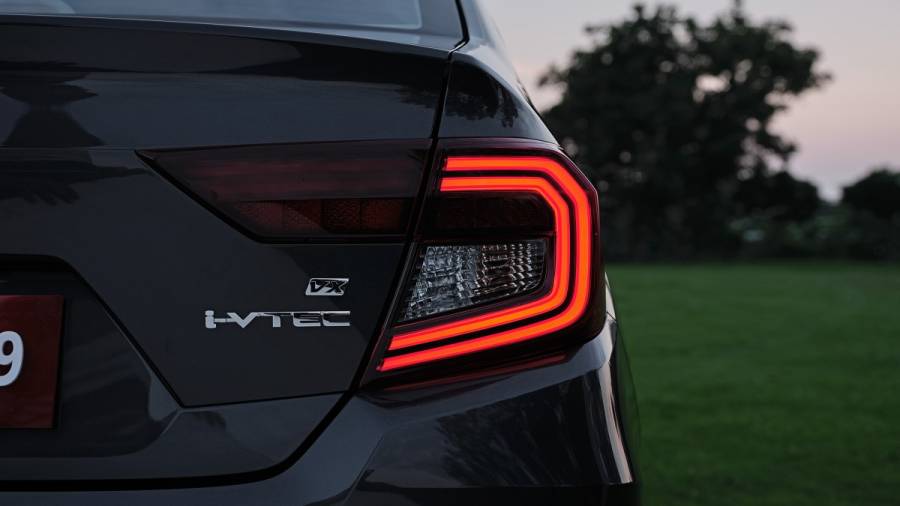 Inside, it's going to be a pretty familiar affair if you're at all acquainted with the pre-facelift Amaze. The only changes here are in a matte silver trim on the door pads, dashboard, and around the AC vents. In the manual variants of the Honda Amaze facelift, there's the addition of a faux leather gearshift lever surround, and top variants get slightly tweaked beige upholstery with contrast stitching, while the range benefits from roof-mounted map lights at the front as well. It does feel like a bit of a missed opportunity for Honda - a driver's arm rest, wireless charging, wireless smartphone integration, and perhaps some of Honda's connected tech - could've all gone a long way towards upping the premium feel. 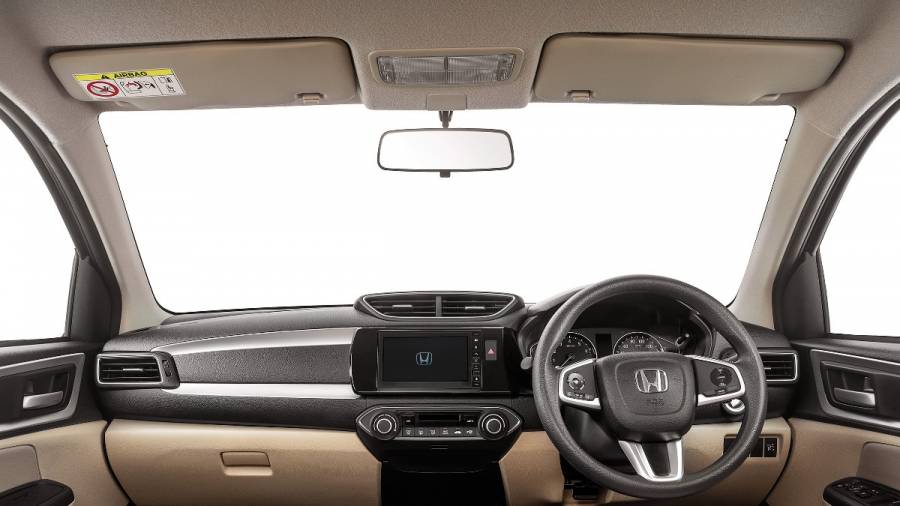 2021 Honda Amaze facelift: How it drives

With no changes under the hood, or in its cycle parts, the Honda Amaze facelift drives exactly like it did before - sprightly, agile and reasonably comfortable. Honda tells us the petrol manual variants sell the best, so that's the car we've chosen to remind ourselves about. The 1.2-litre naturally aspirated petrol motor with 90PS and 110Nm torque is a very silent performer around town, settling into an easy idle, with zero shudder on take-off even if you're in a higher gear than intended. Getting away from speed breakers in second or third is no issue at all, though progress will understandably be relaxed with the engine picking up from under 1,000rpm. Regular city driving will see you taking it up 2,500rpm at the most to keep up with traffic, and it's only post 3,000 revs that you start to hear the engine in any meaningful way. That said, it doesn't sound too strained even when up near the redline, and there's a couple of steps in the power that make getting there quite a joy. But for most, the drivability of the petrol manual will be the big draw. This even though the engine is spinning at a relatively high 3,500 revs at 120kmph on the highway. 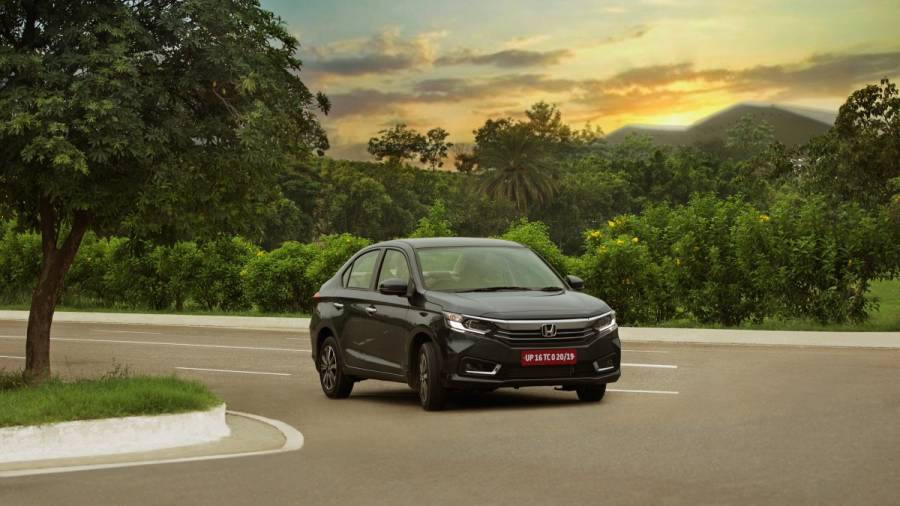 Ride is as we remember it - well damped, perhaps a little noisy at low speed, and sometimes caught out by large sections of undulated road. This also shows up in the slight wallowy nature of the Honda Amaze when braking at highway speeds - the car's balance does tend to get upset under heavy braking as well.

Visually, there's just enough freshness to the front of the Honda Amaze facelift to make you take a second glance, with a definite air of more premium Hondas to it. But digging a little deeper shows up areas that the facelift could've addressed, the infotainment and storage management being a few. Given the pricing of the range between Rs 6.34 lakh (Rs 7.25 lakh for the facelift) and Rs 11.15 lakh (all prices ex-showroom), it appears there's a strong reason why the petrol manual is the most popular of the bunch still. 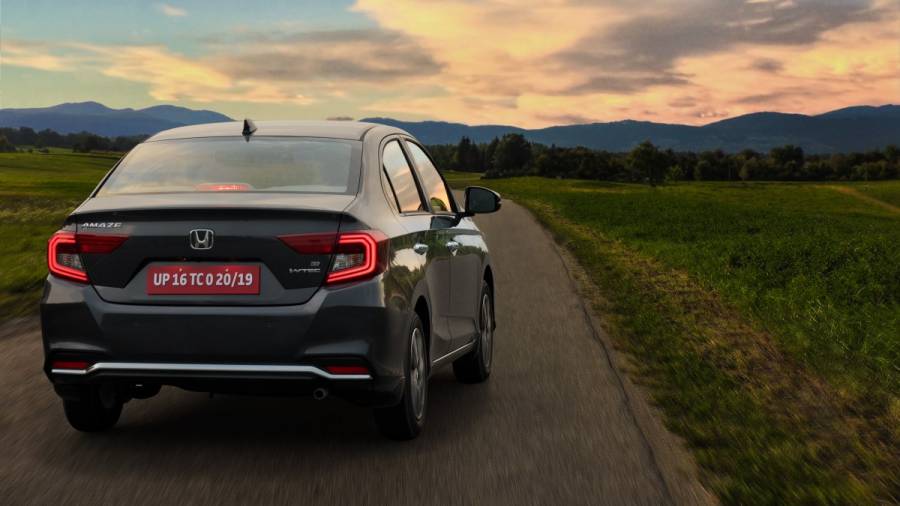