Earlier this August KTM revealed some details and images of its 2022 RC line-up which includes the RC390, the RC 200 and the RC 125 bikes. Now this created a lot of buzz online because, while the earlier iterations of the bikes were a real hoot to ride, this bunch of new-generation motorcycles promises to be even better after being on the receiving end of some fair amount of upgrades. Now the first bike we've gotten our hands on from that new lot is this, the new second-gen 2022 KTM RC 200. So without further ado, we'll get straight to what those upgrades are, and of course, what this new-gen supersport is like to ride. 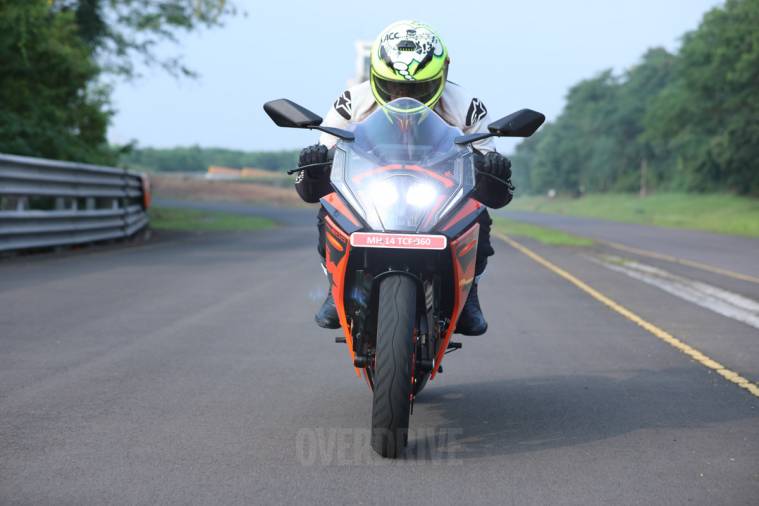 Let's begin with the new 2022 RC 200 model's features and that new front end. Now the whole design of up front with the new headlamp unit, the whole housing and even the lights setup itself, has changed. It's taken inspiration from KTM's GP bike and is a lot broader, flatter and some might even say it isn't as aggressive looking as before. The windscreen is much bigger now too, and it's got a new all-LED lights setup with vertically integrated indicator lights. To me, it all looks very much on point up front, in fact it looks like the bike has matured, in its second-gen avatar, which isn't a bad thing. Agree or disagree, more importantly, this new front end comes with added functionality as well  this new windscreen provides better wind protection when you tuck in and give it the beans. 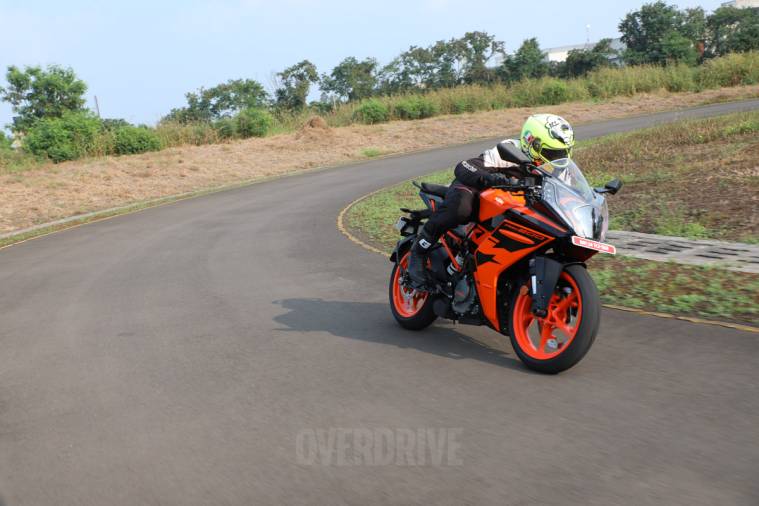 The wheels are all-new too. They're light weight too and this coupled with the fact that KTM have removed the spacers on the wheels while the front disc brake size has increased by 20mm, makes the front end feel a lot lighter than before. Although the kerb weight of the second-gen RC 200 is the same as the older model, the weight savings have reduced the unsprung mass of the new bike overall, and this makes the it feels slightly more agile in comparison. The new-gen KTM RC 200 alongside the model it replaces

Other changes include the WP Apex front fork suspension unit which now gets 10mm more of travel, the curved radiator and all new side panels, that are said to be designed to dissipate heat a lot better than before, and some new decals. The bike look great in profile, but the best part is that there's functional aspects to this design too. The LCD Instrument cluster is lifted from the KTM 250 Adventure and reads out all the vital info you'll need, but Bluetooth connectivity to be found here, which might leave some feeling a bit short-changed considering the 2 lakh plus price tag. Also, the RC 200 comes with Supermoto ABS, which is KTM's dual-channel ABS which allows you to switch off the ABS of the rear wheel if you don't mind the rear stepping out on occasion. 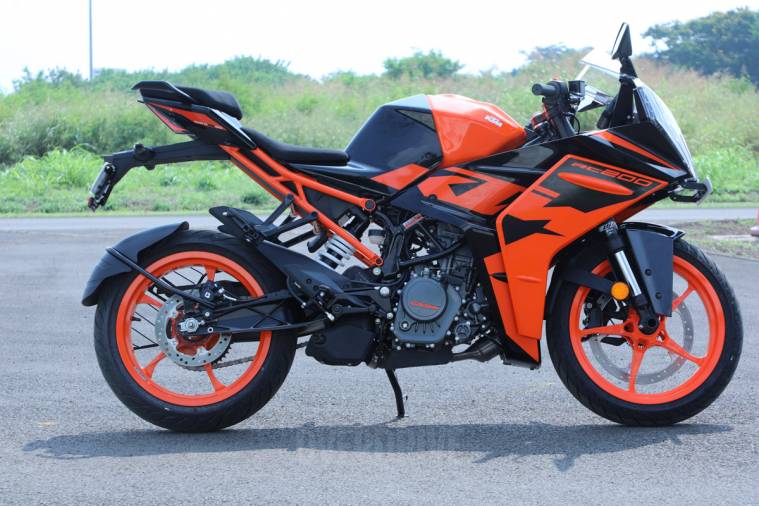 Its quick revving 200cc engine has always made the RC 200 a thorough, fun bike to ride, and the 2022 RC 200 maintains this legacy of performance. It gets same BS-VI engine that featured on the previous model. The liquid-cooled single-pot still produces 25PS at 10,000rpm and 19.2NM at 8,000rpm, which is awesome considering this motorcycle weighs just 160kg. The weight of the new RC is the same as the older model so the impressive power-to-weight figure stays at 156PS/Ton. There are no ride modes or a quickshifter or that matter, still, the moment you set off, its free revving nature makes you just want to wring every bit of performance out of the engine and it won't be long before you have a broad grin in your helmet with other road vehicles relegated to your mirrors. The gen-2 RC 200 gets a bigger airbox which is said to provide healthier mid-range torque delivery, but we'll have to test the bike with our equipment for clarity on how much of a difference this new part really makes. 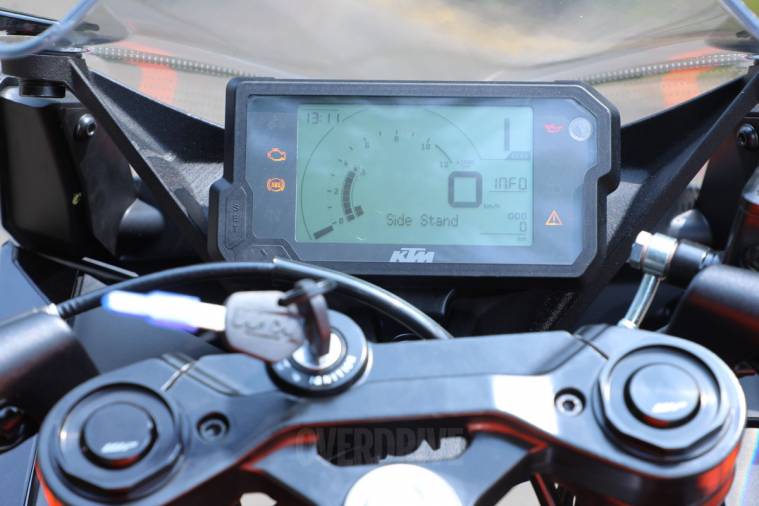 Out on track the new updates of the RC 200 are pretty evident from the get-go. The new clip-on bars, which are at its highest setting in stock will have you in a less aggressive riding stance than before. This translates to some weight being taken off your palms and furthermore, this should make riding this bike on a daily basis, out on the street a lot more relaxed and easy to live with, but the best part of this new handlebar setup is that if and when you take this bike to the track, the bars can be lowered as well as brought inward which alters the ergonomics and puts you in a more committed riding position. 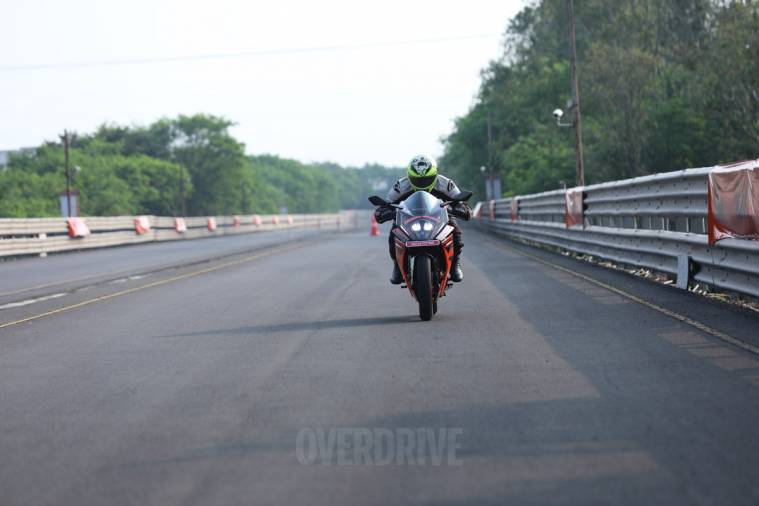 When you get your head down, tuck yourself in and let her rip down the straights you'll appreciate how the big screen up front creates a smoother flow of air up and over. And when you come to a fast corner, the mid-section of the bike, which is narrower than before with the bolt-on subframe, allows you to get a better grip on the tank with your knees, and it also gave me a little extra room to shift my body position around, and lean into a succession of bends a little quicker. 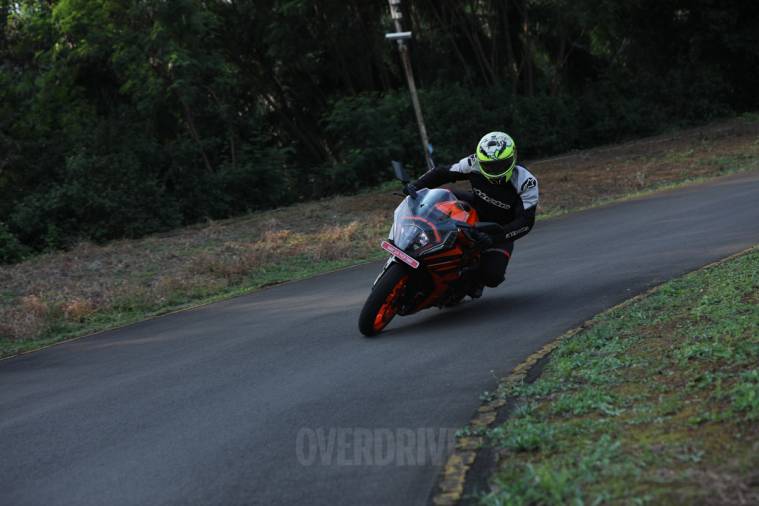 The feedback from the front end is great, and just as before, it weighs up nicely when chucked into a corner at speed. Even the new light-weight wheels allow you to turn in a lot quicker. Now I must admit that it's been a while since I rode flat out on track and after riding the updated RC 200 for the first couple of laps, trying to test the bike's and my own limits, it should be said that the bike feels very forgiving should you make a mistake going into a fast corner. The new bike allows you a little more room to shift yourself about when changing direction quickly, which is great! The way the bike holds its line, how the suspension is setup, the MRF tyres with their level of grip, it all comes together very nicely. Overall KTM don't appear to have dialed back on the aspect of performance with the latest RC 200, it's just that now, the bike is much easier and a lot more comfortable to ride and you also have the option to set up the bike for more aggressive rides out on track. 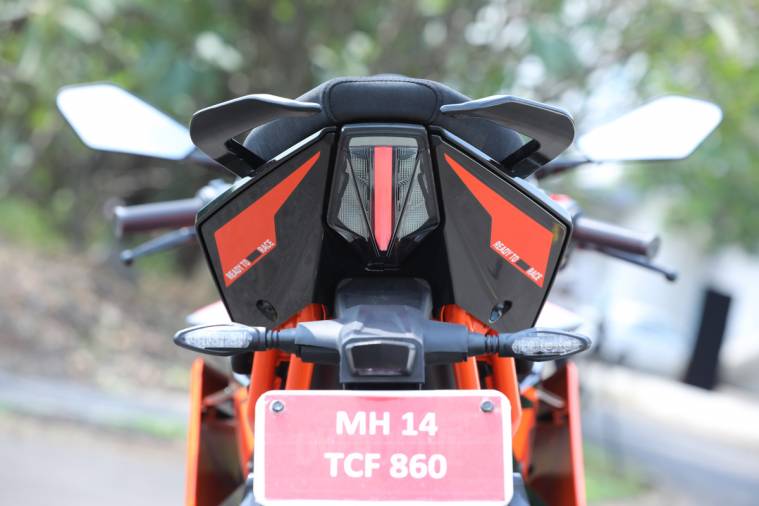 The rider and pillion seat designs are new and more importantly, the cushioning for both has doubled. Now this I can attest, makes longer stints in the saddle a lot more comfy. Also the pillion seat is flatter than before, and this along with a new grab handle design means that you shouldn't have a person who's unfamiliar with the bike seated behind slam into you as often when you drop anchor. Now if there was one aspect of the latest RC 200, that I wasn't overly impressed with, it would have to be the bite of the front disc. The disc has grown in size by 20mm and works fine in tandem with ABS setup, but I still expected a slightly better responsive bite from the front disc.

Now the updates and upgrades have taken the RC 200 a step further in terms of its offerings. But still, with these tyres, brakes and suspension, there's still some room for improvement. And that's where the 2022 RC 390 should come in and steal the show. Now that's a discussion for another time, for when we get our hands on that bike. KTM has launched the 2022 RC 200 at Rs 2.09 lakh ex-Delhi, which means that the pricing of the MY 2022 models remains almost the same as the older model. This means that the RC 200 now offers more for the same price. Which is great, right! Overall, the new-gen 2022 RC 200 just comes across as a more matured sport-focused motorcycle that still manages to be quick, agile and fun, just with more finesse and a dash of added comfort.