There's good enough reason to be reasonably excited about the debut of a new automatic gearbox for Tata's cars - there's only been the option of an AMT at the affordable end, so far, needing you to go up to something like the torque converter 'box in the Harrier/Safari if you wanted a "proper" automatic. Add in the fact that this new gearbox is a dual-clutch auto, and of the wet-clutch variety which is better suited to our driving conditions, along with a host of other tech and expectations are, understandably, quite high! 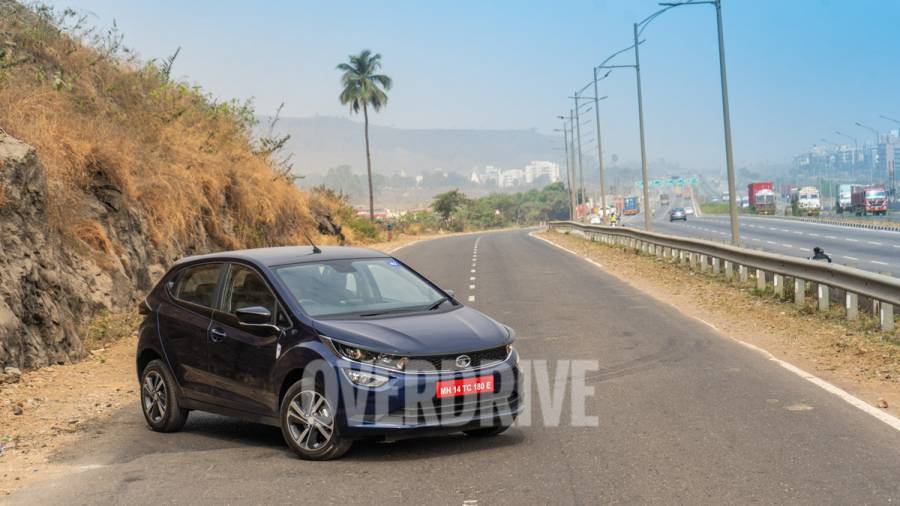 Leaving aside the fact that we'll see it in other affordable Tatas eventually, its debut comes in the Altroz, though the fact its mated with the 1.2-litre 3-cylinder with 86PS and 113Nm (and not the 110PS/140Nm iTurbo motor) does dull that excitement somewhat, on the other hand its pricing undercuts even the CVT on the Hyundai i20 1.2 NA, and comes very close to the new Maruti Suzuki Baleno 1.2 NA with, yes, an AMT - and these two cars are arguably its closest rivals. That said, the 2022 Tata Altroz DCA would really have to terrible to have you look the other way. Fortunately, it isn't 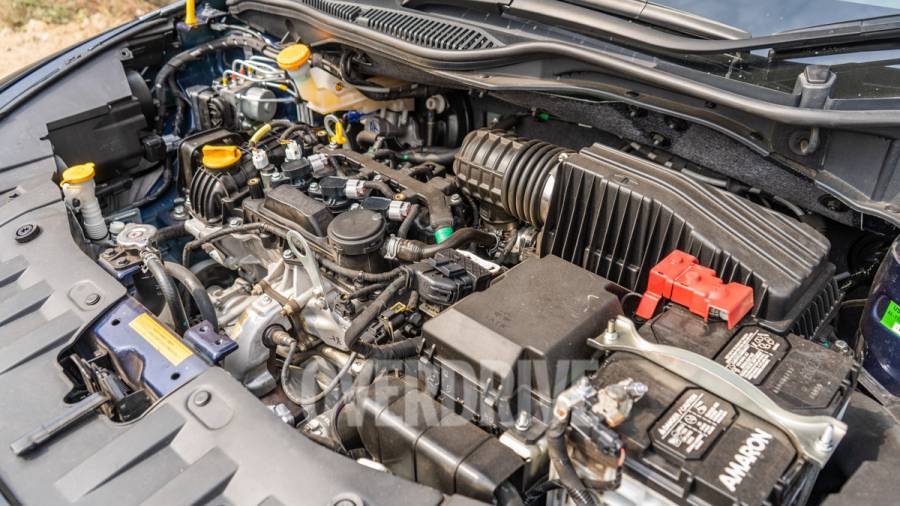 This 6-speed wet-clutch DCT has been developed by Punch Powertrains, based in Belgium, who specialise in making efficient powertrains, with a long history of CVTs behind them. This particular 'box, the DT1, is then further tuned by Tata to suit the 1.2-litre Revotron and its application in the Altroz. What sets this wet-clutch DCT apart are its single layshaft and planetary gear design that reduces moving parts by 35 per cent to result in a lighter (it only adds 35kg to the car), more compact structure, with theoretically less mechanical losses, helped by the fact that the friction surfaces don't carry oil between them, which typically causes some power transmission loss. Further, the gearbox is helped by a controller on machine learning software, which analyses driving behaviour and situations up to 100 times per second to deliver intuitive shifts, delivered electronically (shift-by-wire). But wait, there's more. Tata claims the gearbox can also self-heal, using oil and vibrations to clear out detected dust particles. The oil being pumped in bit is also part of the active cooling tech the company touts, which uses said lubricant to carry away excess heat in the system. 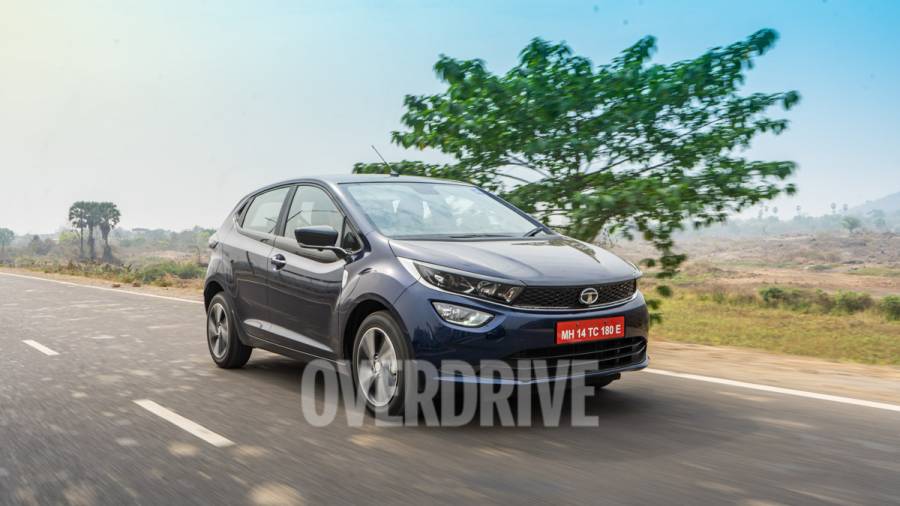 With everything else remaining identical to when we first drove the Altroz, we'll focus on what the new gearbox brings to the table. Setting off, its immediately apparent that this DCT is tuned towards city driving, with a creep function that's best suited for bumper-to-bumper traffic, otherwise needing a little prod on the throttle to pick up pace a little quicker. It makes for smooth getaways, but also feels like it takes a split second longer than absolutely necessary to get going. But once you're on the move, shifts (under regular driving) are near imperceptible, smoothly transitioning up around the 2,100 rpm mark, where you barely hear the engine, which itself seems like it has better NVH characteristics with this engine. Of course, the fact that this is the first time we've experienced this engine with a 6-speed over the manual/AMT 5-speed, and the ratios breath some life into the engine, making it feel perfectly suited to the everyday grind. The only time you'll be left thinking you could use some extra power is when you mash the throttle down to call for an overtake, where though the kickdown is quick enough, there doesn't seem to be enough to back it up.

Also, you'll find that in regular driving, shifting up early as it does, you'll just about keep up with traffic, with keeping ahead of traffic requiring trips north of 3,000-3,500rpm, where the engine does start to show off its 3-cylinder tech. Running it to the redline isn't recommended either, but shifts right at the redline are smooth, though not exactly lightning quick. Given the application, that's forgivable, as the behaviour is pretty much what we've seen even with Hyundai's 7-speed DCT. In our performance testing, we saw a best 0-100kmph time of 16.9s (Tata claims 16.6s), largely due to the fact that the gearbox only allows launches around the 2,100rpm mark. Importantly, roll-on acceleration times were competitive - 30-50, 50-70, 60-80kmph times were in the 2.6s, 4.2s and 5.1s region respectively. Braking performance was average at best, coming to a stop from 100kmph in 47.6m/3.5s, while Tata claim a top speed of 160kmph, same as the 5-speed equipped car, so there's been no advantages of the extra ratio realised at the top, all the bonuses are at the bottom of the range. 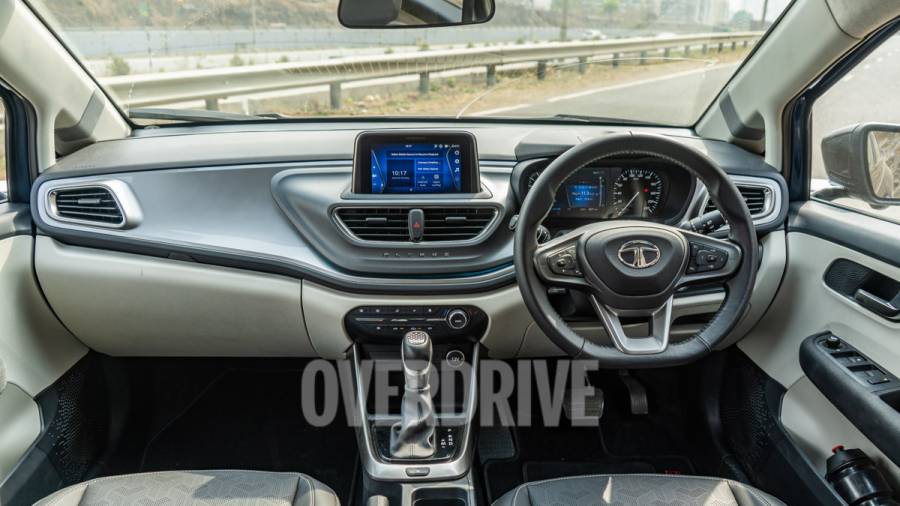 You could take manual control via the gearshift lever, and again shifts are pretty much on command with no significant delays to speak of, but this powertrain's nature is pretty relaxed so it's best to go with it. Importantly, like we said, it greatly improves the character of the engine and makes it more than adequate for regular driving. Combined with the attributes we've always liked about the Altroz, namely its ride quality, comfort, and commendable poise over bad roads, the Altroz DCA starts looking like a very good premium hatchback for the city. We specify city, since highway overtakes do call for more than the engine is comfortable delivering quickly, but there again, a more relaxed approach means long journeys are similarly stress-free. We saw around 13kmpl on the MID in our city deriving, though our performance testing dropped that number to the high single digits. 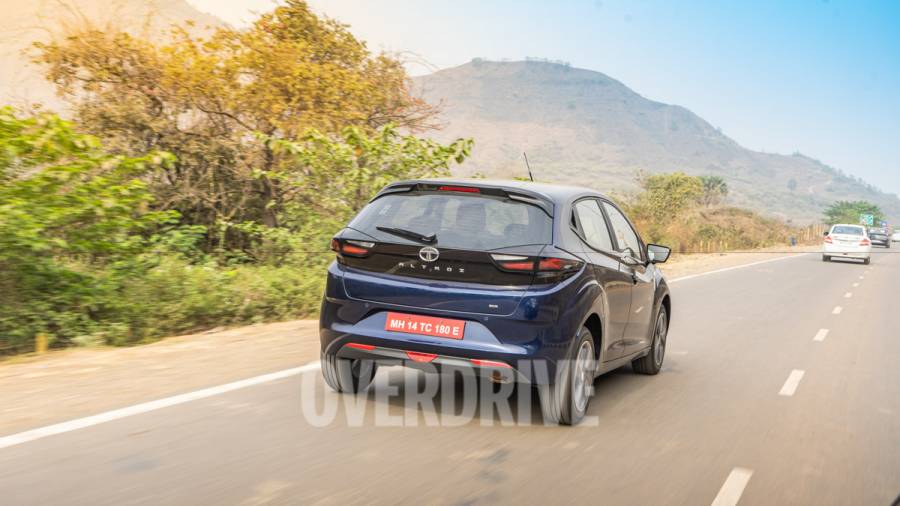 With the Altroz DCA, what you get is a subtle badge on the boot to differentiate it (and black leatherette upholstery also on the Dark editions), but a driving experience that's vastly improved over the 1.2-litre model equipped with the 5-speed manual/AMT, as well as the Altroz iTurbo and Altroz diesel, both of which we've also tested. It's easily the pick of the range right now, and if you can live without some of the headline features on the competition, the Altroz DCA certainly deserves a look. 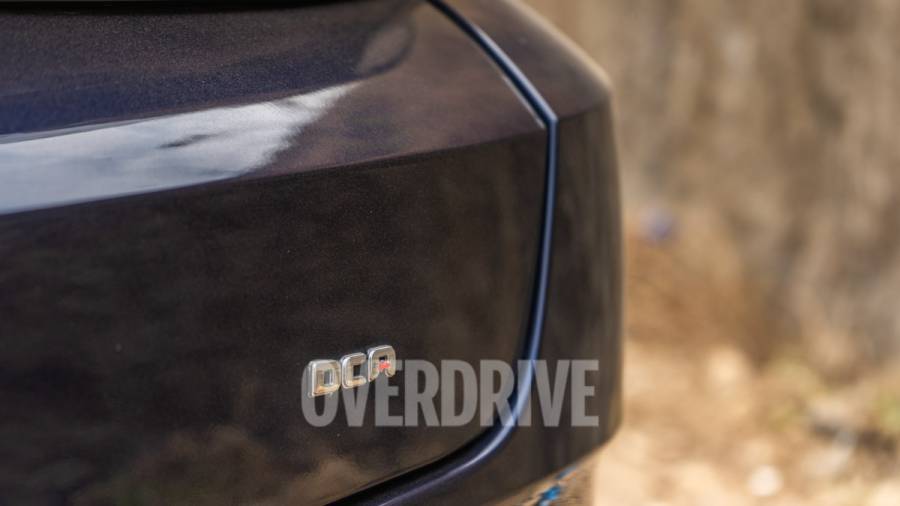