It's Honda motorcycle and scooter India's latest offering in the 180cc- 200cc space, this semi-faired Honda CB200X and it's a motorcycle that's heavily based on the Honda Hornet 2.O with both motorcycles sharing the same engine, chassis, suspension gearbox and brakes setup. Honda says that the Hornet 2.0 was set up to cater to the Indian urban riding scenario while the CB200X, with its refreshed styling and revised ergonomics, is aimed to appeal to the slightly more adventurous riders of sorts. 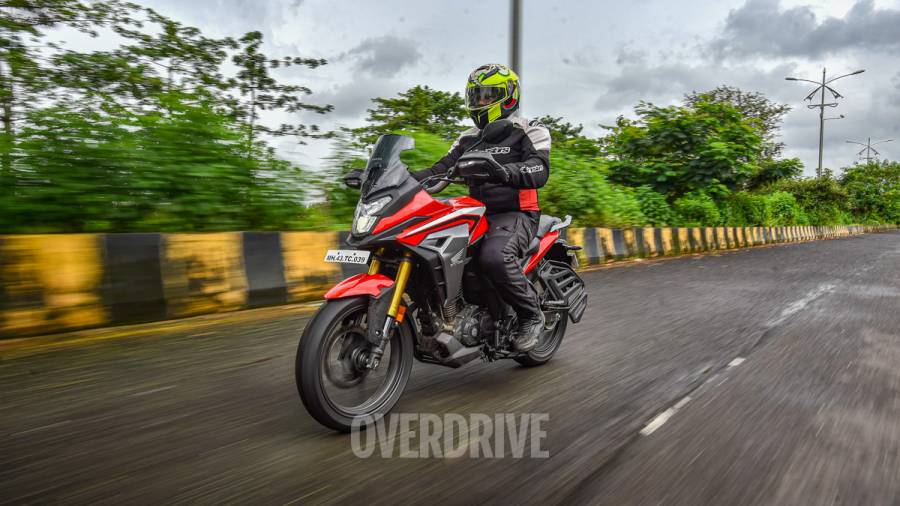 The CB200X looks smart and it's got a good amount of road presence, especially in the red colour-scheme which is vibrant in comparison to the black and silver colour options. It's got hints of the bigger CB500X in its design. The semi-faired front with the wind deflector gives the CB200X a tall bike stance and this makes it look a lot more purposeful off-road than it actually is, and we'll address that part later on. Anyway, the front remains the most attractive part of the motorcycle, with the knuckle guards, the plastic under cowl, and that nice golden USD fork adding to this bike's charm. Move past the side panels and the shapely tank towards the rear and the bike shows off a familiar design pattern, that's because it's pretty much identical to the Honda Hornet 2.0, an older Honda motorcycle that the CB200X is heavily based on. The split seat design, upswept exhaust, mudguard even the grab rail and LED taillight are taken straight out of the Hornet 2.0's parts bin. It all looks neat and tidy, but it's not all-new. 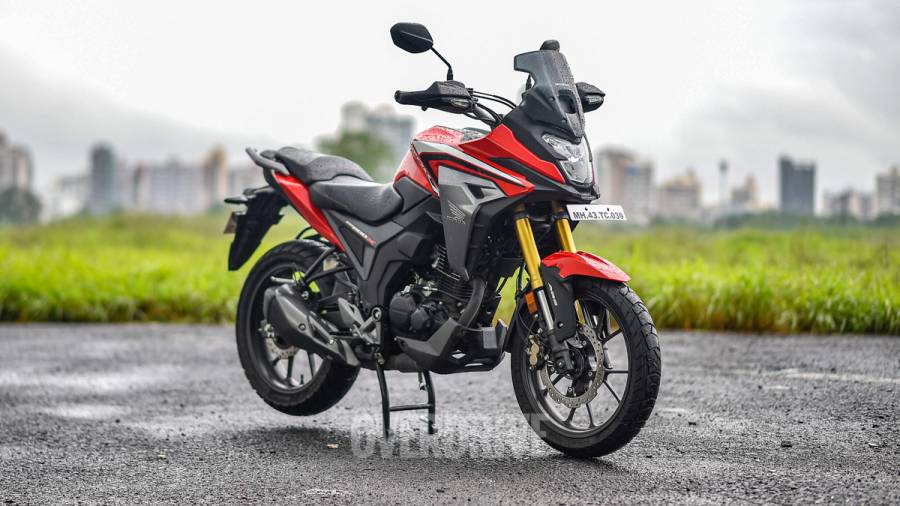 The CB200X doesn't come with any new and impressive kit in terms of its features. The bike comes with an all-LED lighting setup on both ends which works well both in terms of looks and functionality. In terms of a display, the Honda gets a negative lit LCD unit that reads out all the usual information including what gear you're in which is all pretty easy to read on the go, even in bad weather conditions. Honda isn't offering get any ride modes, or even any Bluetooth connectivity options with this bike. The CB200X gets the same 184.4cc single-cylinder motor that powers the Hornet 2.0. Now this air-cooled engine continues to be smooth and refined, but it's nowhere close to being the best in its segment in terms of performance. The motor produces a max power of 17PS @ 8,500rpm and max torque of 16Nm @ 6,000rpm. If you're the sort who likes riding at a nice and easy pace you won't mind this one, but try to ride a bit aggressively, and this bike takes a fair bit of time to really get going. The engine will show some signs of eagerness to accelerate once near the 4,000rpm mark. Below that, it behaves like it's not in any rush to go about its business. But don't get me wrong, the engine is tractable, if anything, you could potter around in 5th at around 40kmph all day if you wanted to.  The motor doesn't mind being revved hard, and there aren't any intrusive vibrations to be felt even once you do just that, but it's just that you'll have to really work the 5-speed gearbox to get the best performance out of this bike. I somehow feel that this motor suited to the CB200X cross-over motorcycle that's setup to be more upright, and user friendly over long distances, rather than on a naked sports motorcycle like the Hornet 2.0. Although the clutch lever is very light and very easy to employ, I did find the gearbox a bit sticky and often reluctant to quick downshifts on more than one occasion. 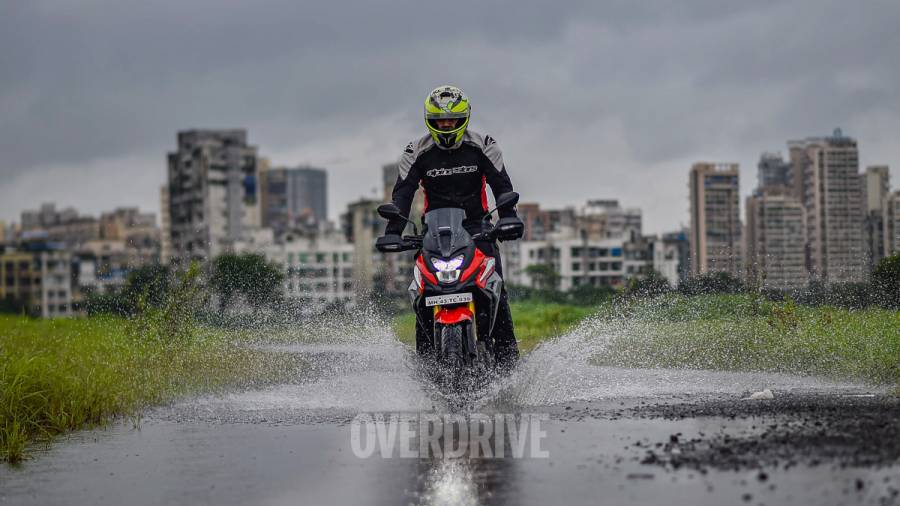 Suspension duties are managed by USD fork while a monoshock handles duties at the back. Stopping power comes in the form of a 276mm single disc at the front and a 220mm disc at the back and the bike comes with single channel ABS to help manage tricky braking situations all the better. The brakes work well, and the block pattern tyres are good grip on paved surfaces and faired pretty well on some light off-road patches as well. 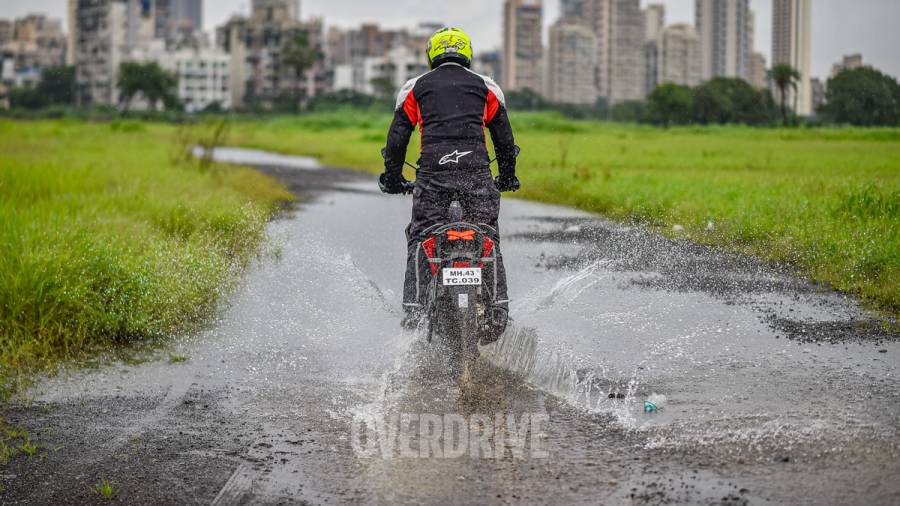 The CB200X gets the same Diamond Type Steel Frame as the Hornet 2.0 and just as it is with the many other bits that are carried over onto this bike, it's not really a bad thing. The bike feels very light and nimble on the road and it also takes to long sweeping corners quite well. You'll even be able to comfortably manage any slipups off-road you choose to venture off the beaten path. Bikers below the average rider height will manage this motorcycle just fine. 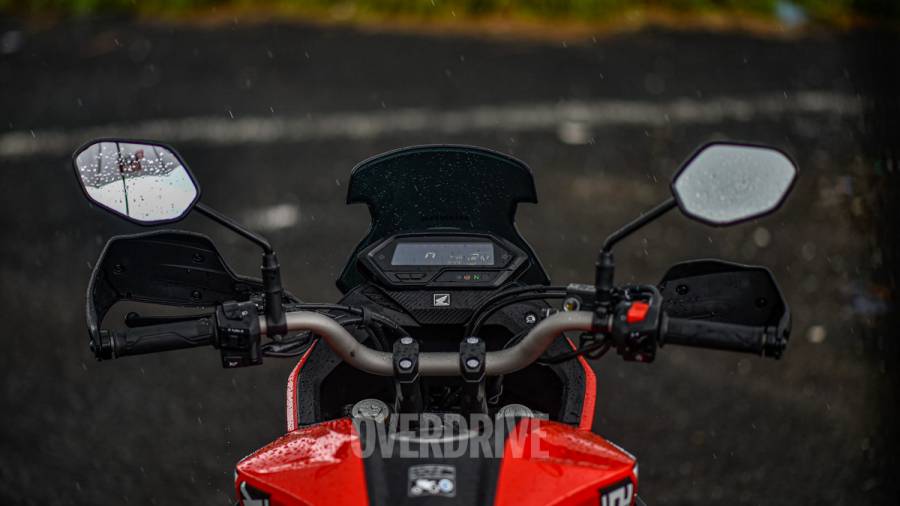 It should be said that the aside from the obvious cosmetic bits, CB200X is basically the same motorcycle as the Hornet 2.0 just with revised riding posture, and this is all down to the wider and raised handlebar. The suspension setup soaks up undulations quite well at slow speeds and isn't really unsettling at high speed either, but I would have preferred if it were slightly stiffer sprung, because although the bike has a decent 167mm of ground clearance off-road, the suspension bottoms out quite easily. Overall, the CB200X feels like a nice relaxed bike to get you across the city fuss-free as well as a decent proposition to set out on long leisure rides, but we'll reserve our judgement on the latter bit for when we actually spend a considerable amount of time with the bike. 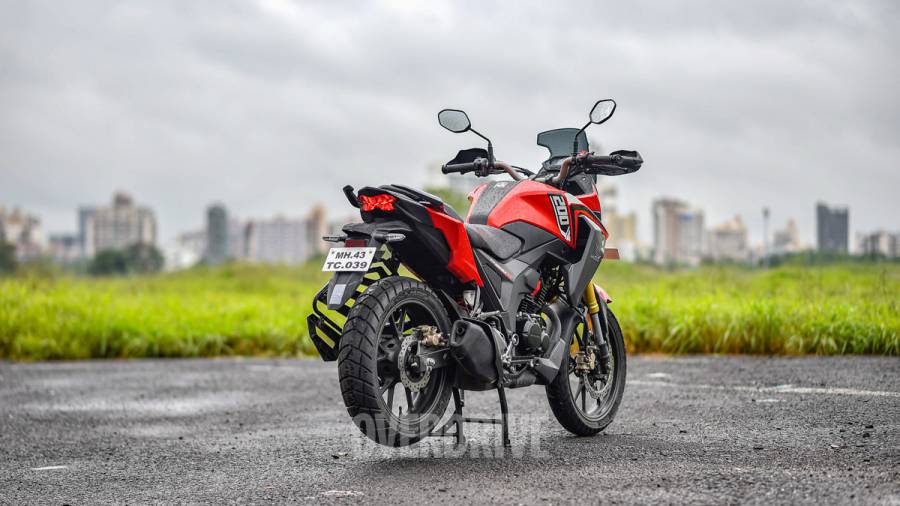 As I mentioned before, the Honda CB200X is heavily based on the Honda hornet 2.0 which is a motorcycle that isn't overly aggressive in terms of its styling, ergonomics and performance. Sure, it's smooth, comfortable, easy to manoeuvre, and a pleasant bike to get around town on, and the CB200X adds a little bit more to that mix. With its refreshed styling, and revised ergonomics thanks to the new handlebar and additional seating space, the Honda promises to be more in tune of riders who fancy spending slightly longer stints in the saddle, out on the highway. Is it a proper full blown off-roader, not at all, it's somewhere between sporty urban commuter and soft roader. It costs around 16k more than the Hornet and for that money you get a bike that's should be a more relaxed ride over long distances.