We have had two track outings back to back, thanks to the enthusiastic blokes at TVS. Close on the heels of the 2021 Apache RR310 that we rode at the MMRT, TVS invited us to their test track in Hosur to sample their latest offering for the Gen Z - the Raider 125. 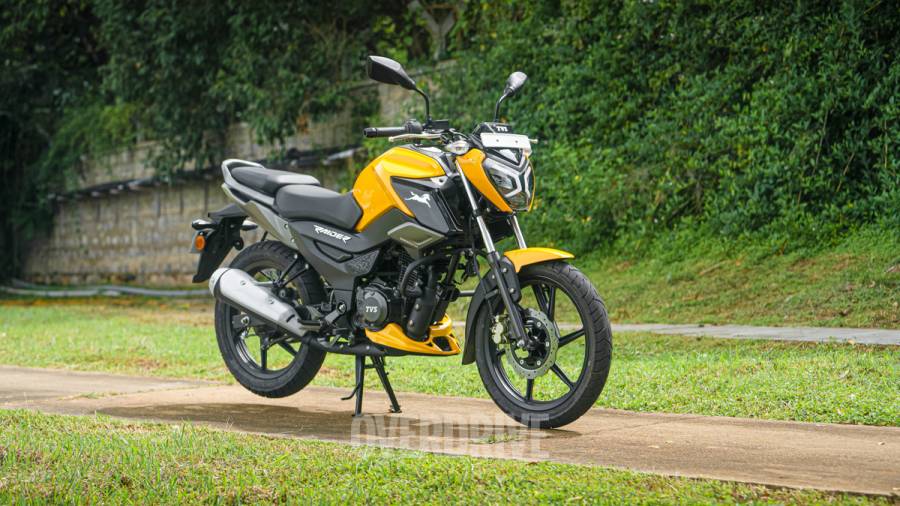 I'm told that you need to consider yourself to be a "boomer" if you have to ask who Generation Z are. These are the group of people who are called zoomers and are born between the late nineties and the early 2000s. TVS hint that their expectations from an automobile are so demanding that Gen Z is now a segment in itself. TVS have been catering to them with a street-fighter in the Apache, a peppy scooter in the Ntorq and an electric vehicle in the iQube. With the Raider 125, they now have a power commuter too. 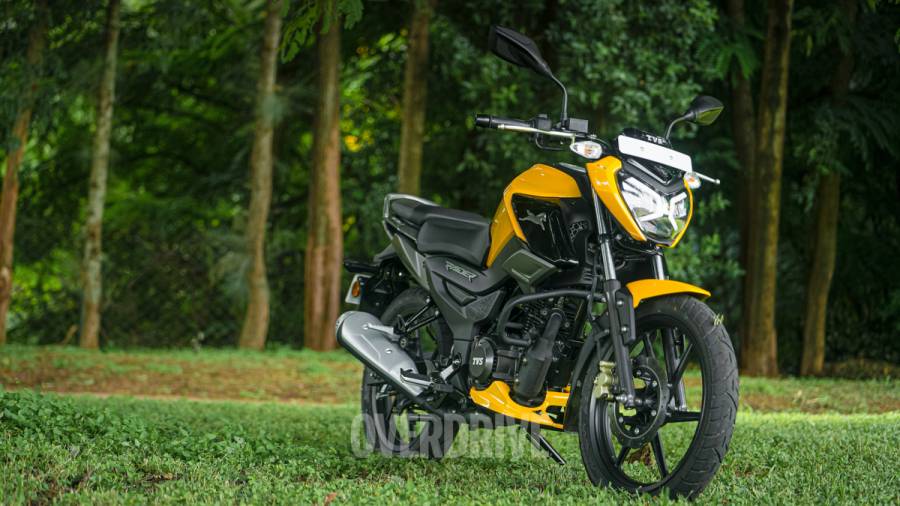 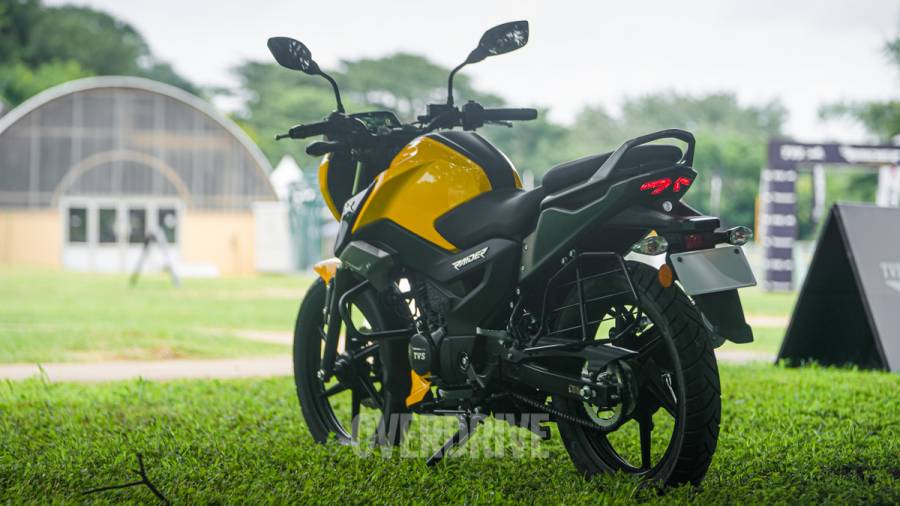 For those in the know, the Raider has turned out to be a street bike, unlike an adventure tourer that many speculated when TVS first registered this model name. Zoomers applying for their license could spot similarities between the DRL signature of the Raider and the traffic sign for a bridge. It looks unique, nevertheless, and an approaching Raider looks like it has twin headlights. In its colours, aggression and the shape of the headlight the Raider could remind you of a hornet - the insect, but let's just say it looks very much like the Apache's design theme. It has stubbier rear proportions though, without compromising on any of the utility. 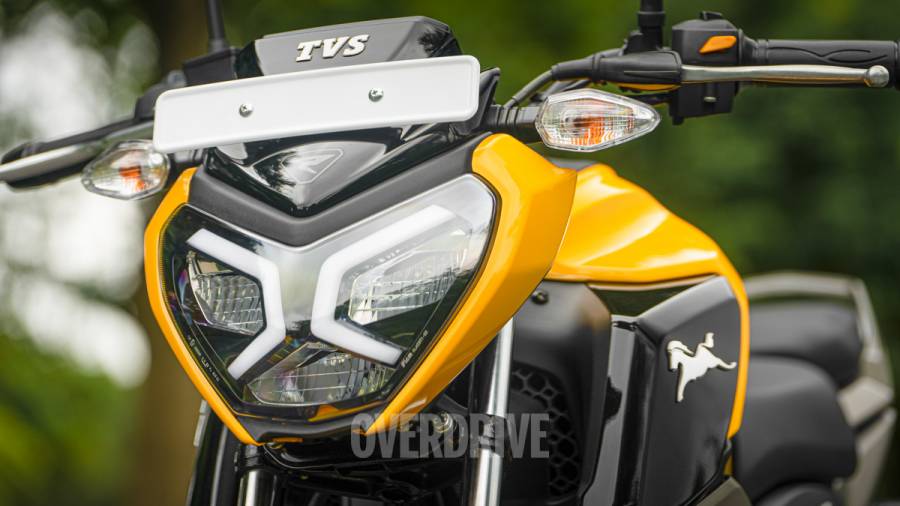 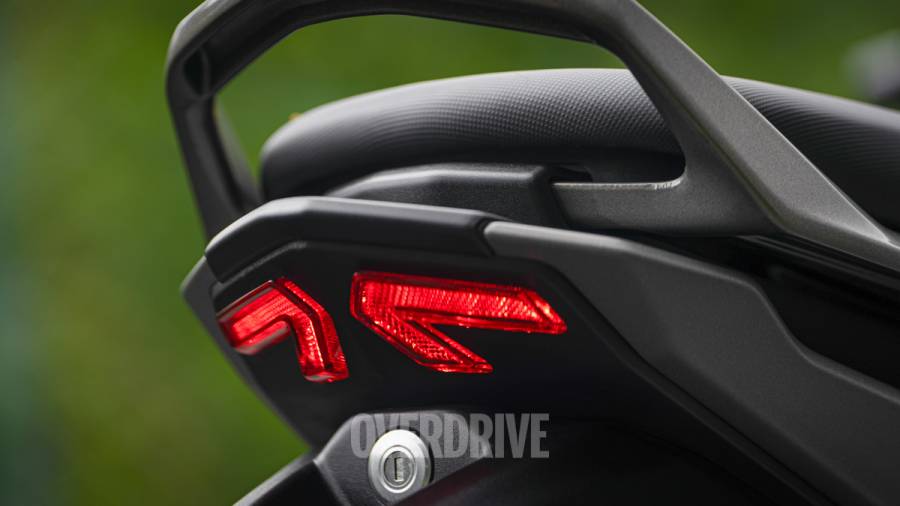 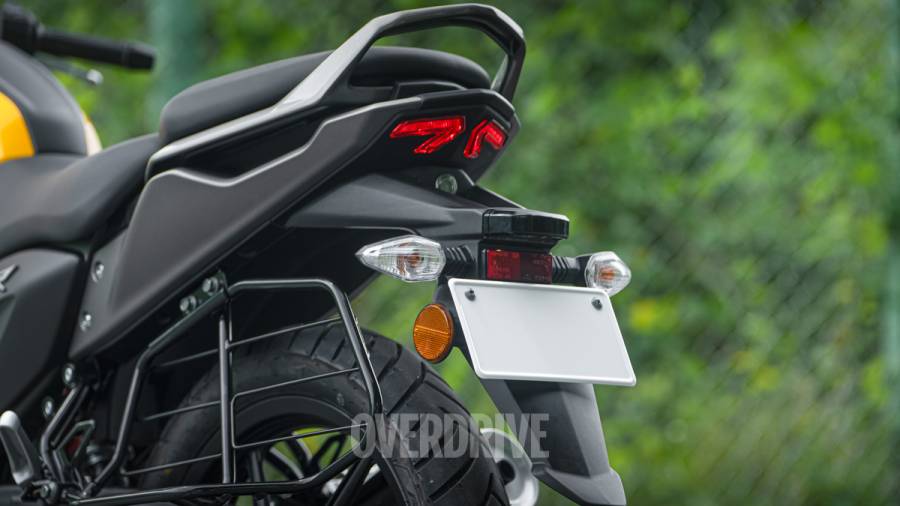 I quite like how TVS have integrated the grab handles with recesses under the rear seat. It looks clean yet sophisticated. TVS says that these can be replaced with optional panniers should you luggage solutions to go touring. Sure the Raider has got only 10 litres of fuel capacity, but with a claimed 67kmpl, I'm guessing a good range of at least 450kms should be doable. More on that with a road test. The tank not only looks appealing, but it also has nicely designed recesses that you can grab onto while sport riding or braking. 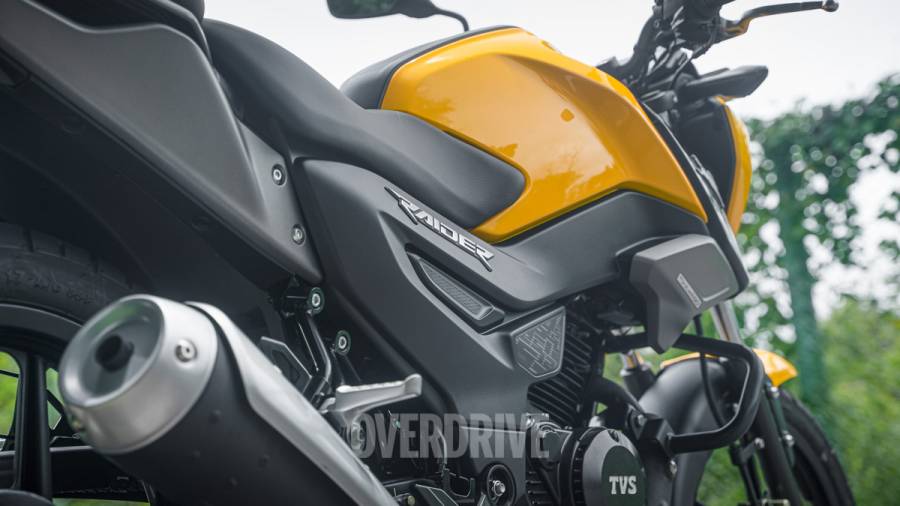 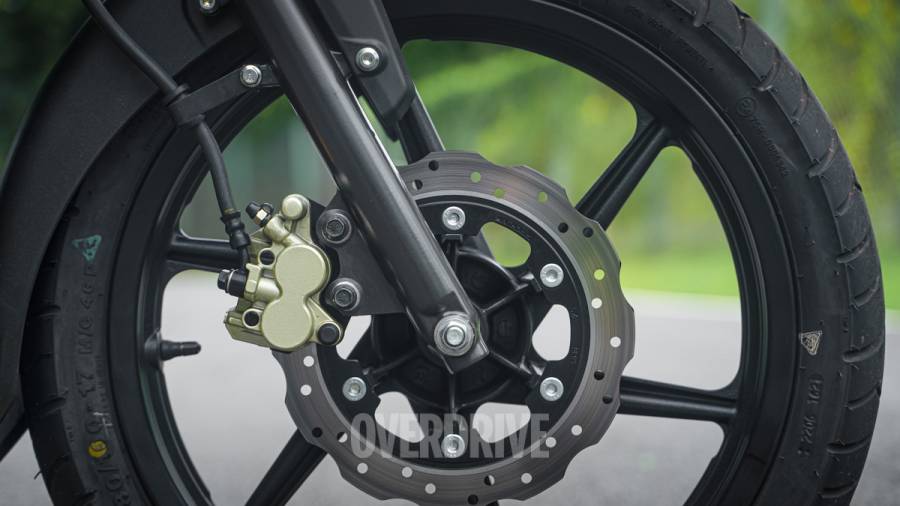 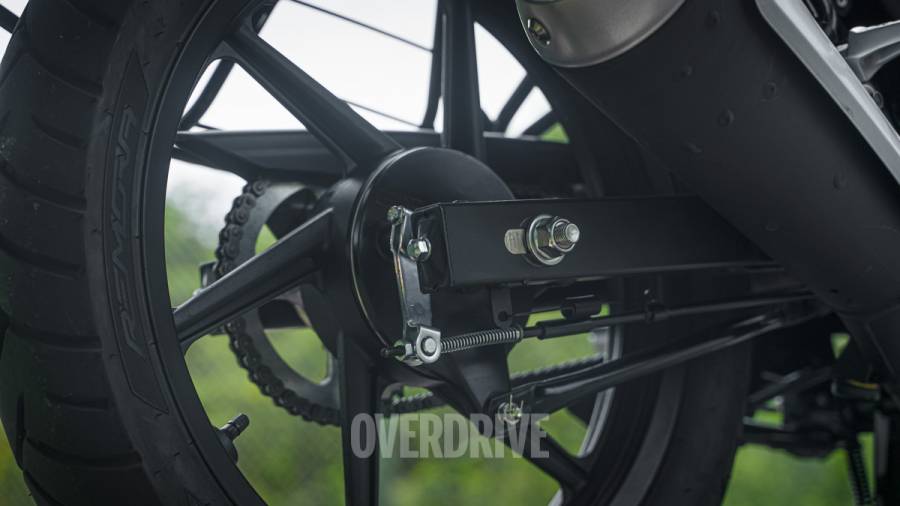 Speaking of braking, I wish TVS would have had ABS and a rear disc at least as an option, without sheepishly using its 124.8cc engine spec to avoid the rule that mandates ABS on all vehicles that are 125cc and up. All the zoomers are going to have to learn good braking control, then. Truth be told, in the dry conditions we rode in, the brakes never felt unnerving even under hard braking. There is an inexpensive combined braking system too, which applies a bit of brake pressure on the front even if you use the rear brakes only. That makes for a slightly more balanced braking manoeuvre, but under hard braking, there is a fair bit of nose dive. 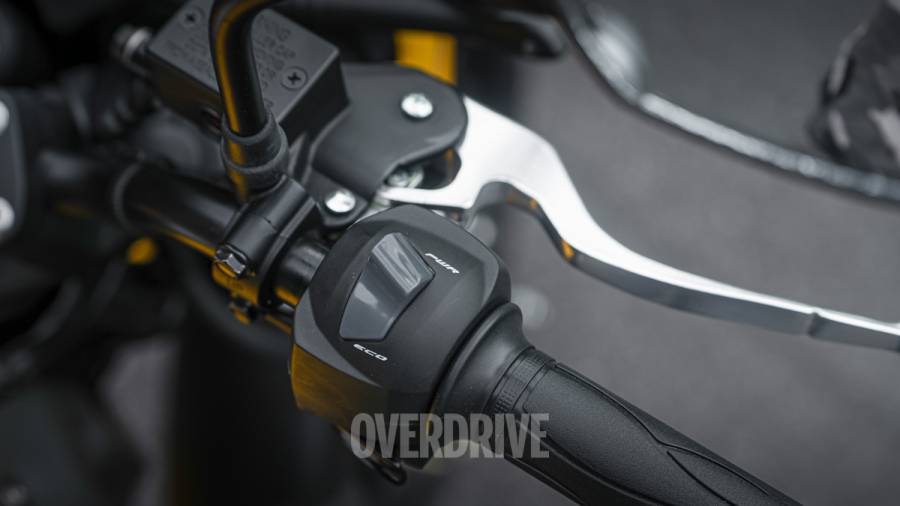 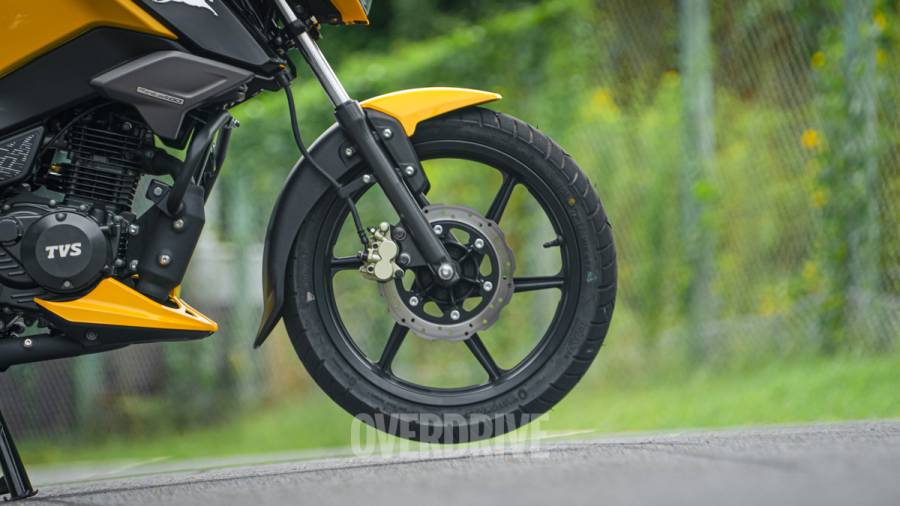 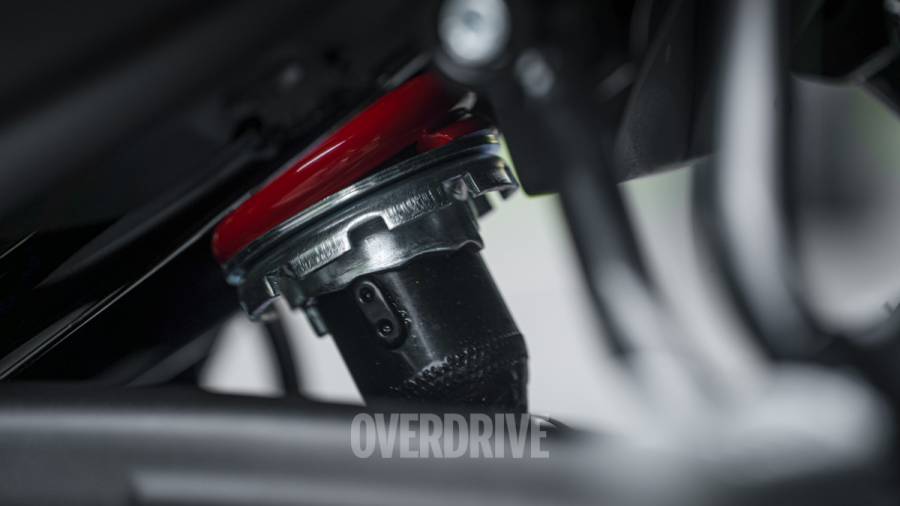 After all, the Raider is running on a street suspension that is tuned for outright comfort for two. The front employs 30mm forks with a generous 120mm travel, while the rear uses a gas-charged monoshock with a five-step preload adjustment. There is a good 180mm of ground clearance too and the Raider managed to maintain its composure well on the wave and Belgian pave tracks at TVS' facility. Around the bends, the Raider carries pretty quick corner speeds than what its spec might suggest. The tyres work well too, and good riders will be able to exploit their grip and the cornering clearance of the motorcycle quite well. 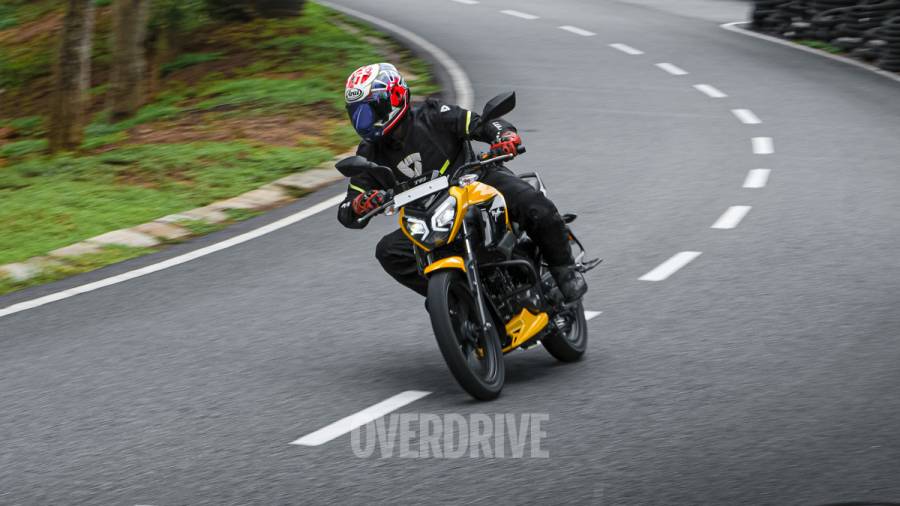 Thankfully, there is plenty of front end feel despite all the squishing. It's hard to comment about the comfort of the suspension or the seats with the short rides we had, but it seems like it will not disappoint in that department. The Raider aims to be unisex with 780mm seat height and the light 123kg kerb weight will make it manageable for most short/newbie riders. 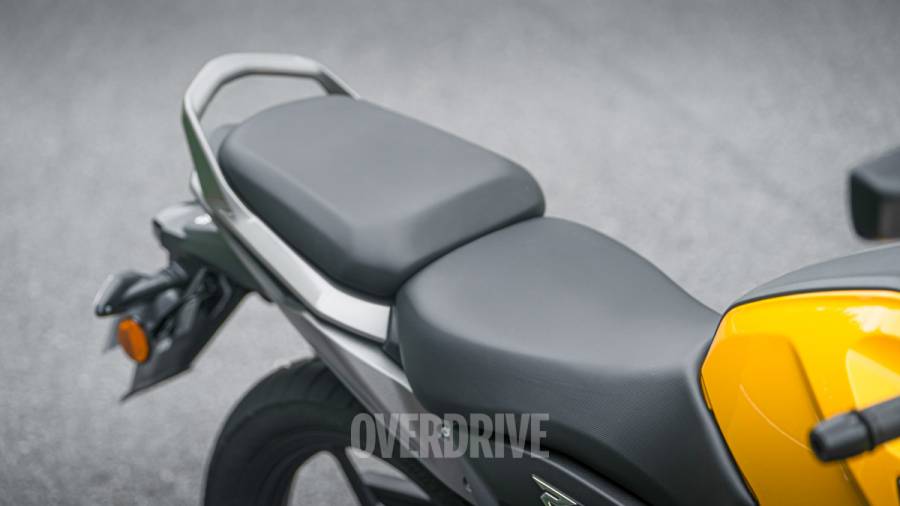 Despite its sporty intent, the Raider's seats aren't too narrow either and seem comfortable for the rider and pillion. The Raider's riding posture is marginally forward biased to give it the power commuter credentials, but it seems comfortable for city commutes. If you want anything a bit more aggressive, look at the KTM Duke 125 or the Apache RTR 160/200. 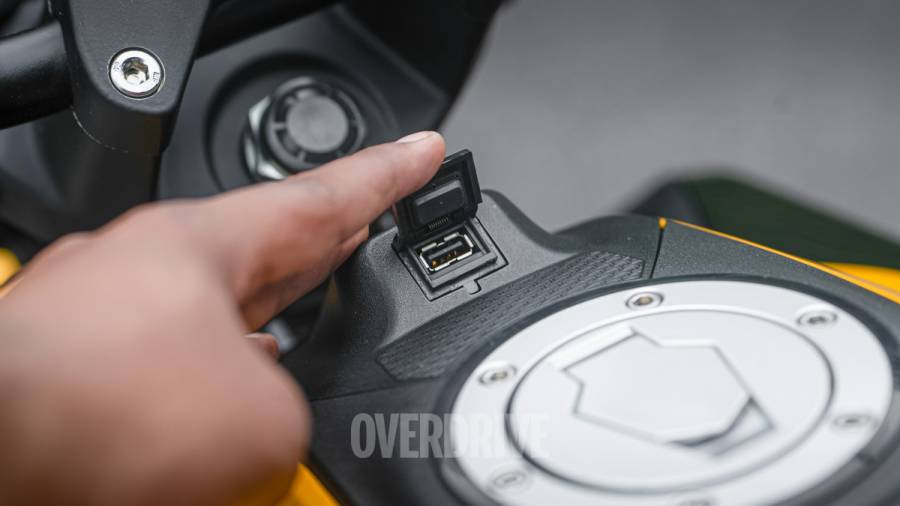 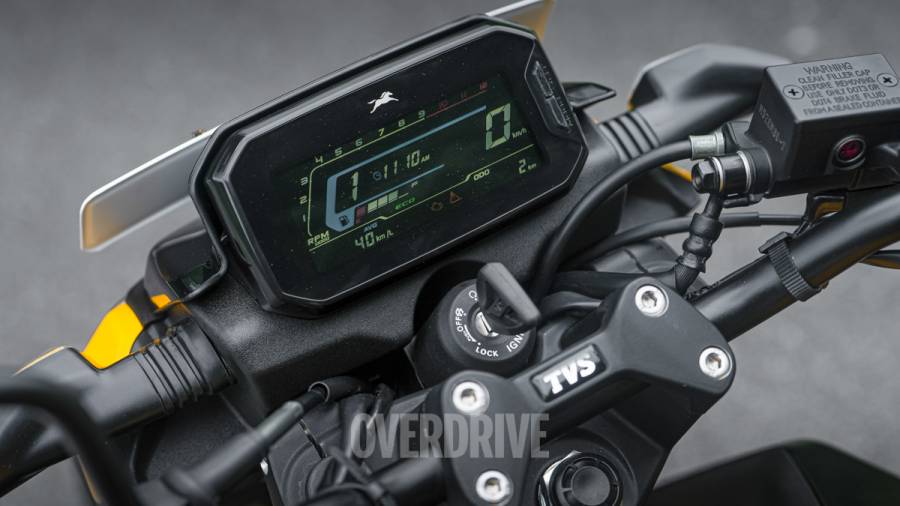 The LCD instrumentation (pictured) is quite cool too. It's colour-coded, easy to read and will even prompt you to wear your helmet when you start the bike. If you want more connectivity options, you can also opt for a TFT dash which comes with TVS' SmartXConnect system which can let you hook up your phone for Bluetooth telephony, music and even navigation. 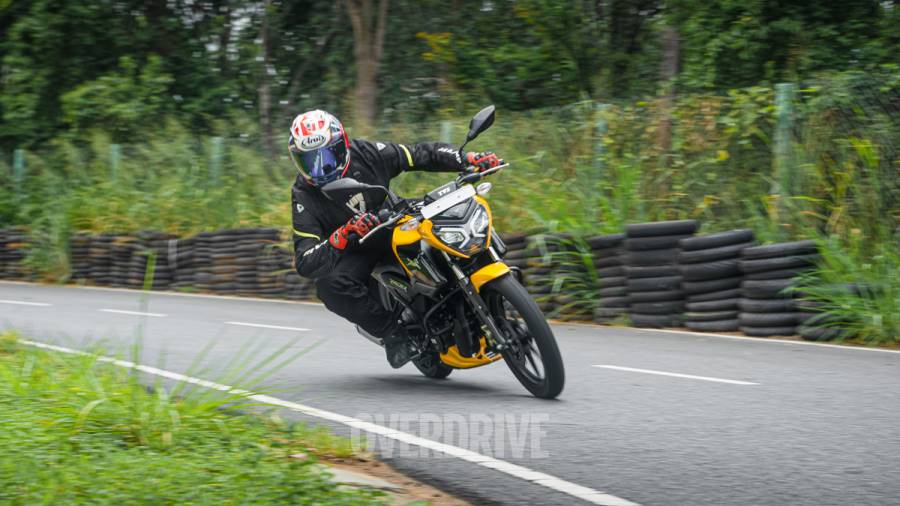 Save for a few inconsistent gaps around the switchgear and unfinished wing mirrors (watch video), the Raider seems well put together, and I hope these tiny shortcomings are ironed out before the motorcycle hits the market - both local as well as export. After all, it proudly wears the Indian tri-colour on the headlight cowl. Though the Raider looks aggressive, it's certainly not intimidating, which is a good thing for the audience it targets. 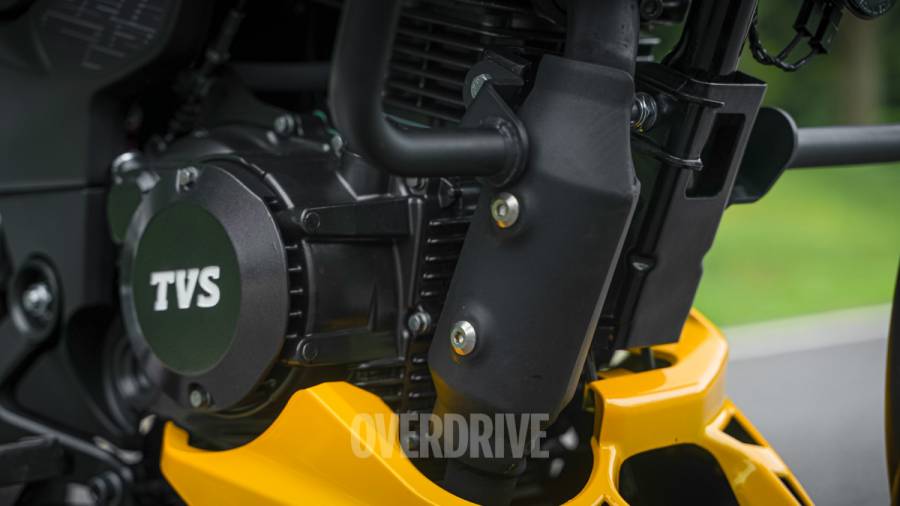 Even the engine follows suit with its peppy yet friendly performance. It is a 125 single and sounds quite nice! Watch our video review on YouTube.com/ODmag to listen. The big news for this humble 11PS engine is that it comes with riding modes - Eco and Power, and there is a significant difference between the two. Unlike the modes in the RR310, the power output remains the same across both modes, but it switches between throttle maps and has different rev ceilings. 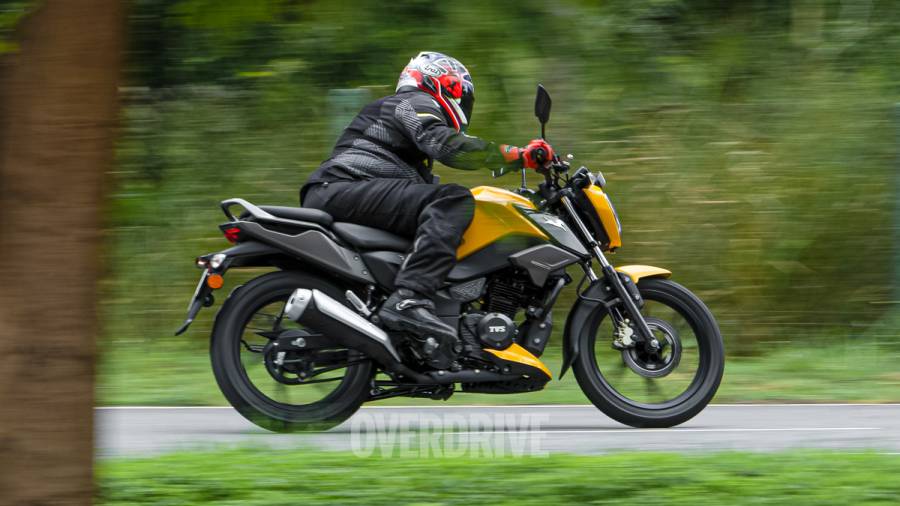 The Eco mode hits the limiter at 8,000rpm and claims a 3% improvement in fuel economy, which may not sound like much. The Power mode on the other hand has marginally quicker throttle response, allows the engine to rev up to 8,500rpm, manages a 10% higher top speed (99kmph) and is almost half a second quicker to 60kmph, with a claimed sprint time of 5.9s. Both these figures make the Raider the quickest and fastest motorcycle in its segment, says TVS. 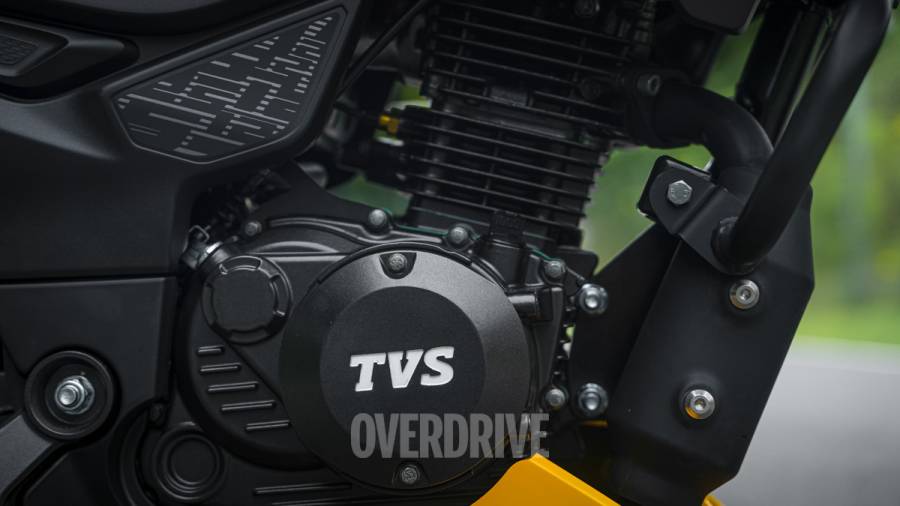 The three-valve configuration of this engine might make you believe that it lacks tech, but plenty is going for it - spring-loaded rocker arms, twin-stage air filtration, a discreetly integrated oil cooler and a noticeably silent timing chain and starter motor. The latter is an integrated starter generator, which is essentially an automated start-stop system. When you come to a complete halt, for example at a traffic signal, the bike will automatically switch off the engine to save fuel and reduce emissions. When you want to go, all you need to do is blip the throttle and you are good to go. The start-stop system only works in the Eco mode and because it has the blip-to-restart mechanism, it's safer and works even when the engine is in gear. The engine sits as the stressed member in a single cradle frame and has surprisingly good refinement for the spec. The vibrations aren't felt much in the rubber-lined footpegs, and handlebar vibrations are well controlled too, only becoming evident past the 7,000rpm mark. 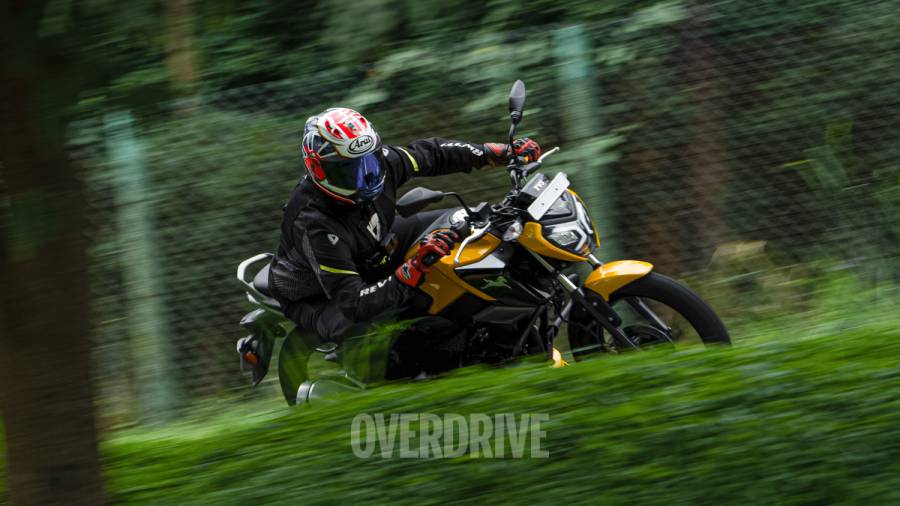 It's an enthusiastic motorcycle, then. With the optional TFT dash, LED headlamps and mono-shock suspension, the Raider scores high on the perceived value, which should make it quite appealing for not only first-timers but also those looking for a value for money commuter with the TVS reliability. 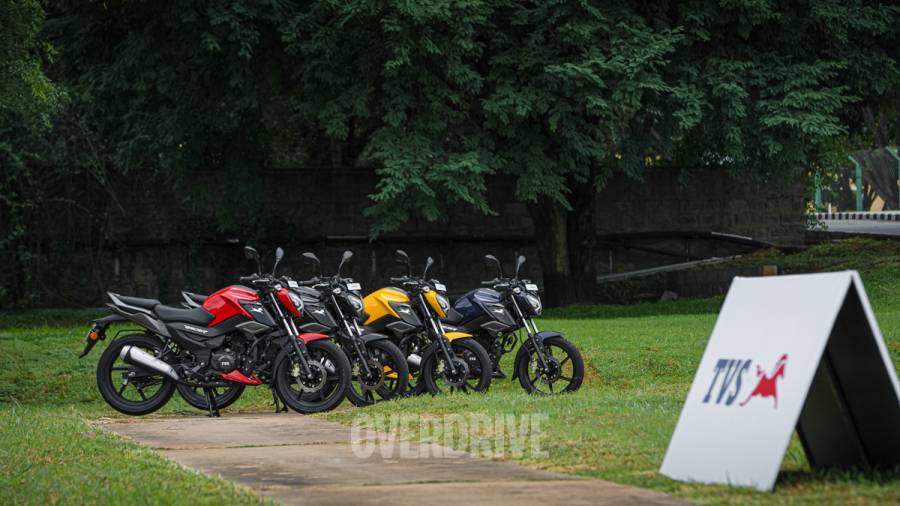 Verdict
The Raider feels like an Apache on a budget. To avoid diluting that brand, TVS haven't called it an Apache 125, though it could easily pass off as one in terms of its styling, features and refinement. Does it deliver on the promise of being a power commuter for Gen Z though? I think it over-delivers on that front and that's a good thing if you are twenty-something and on a budget.